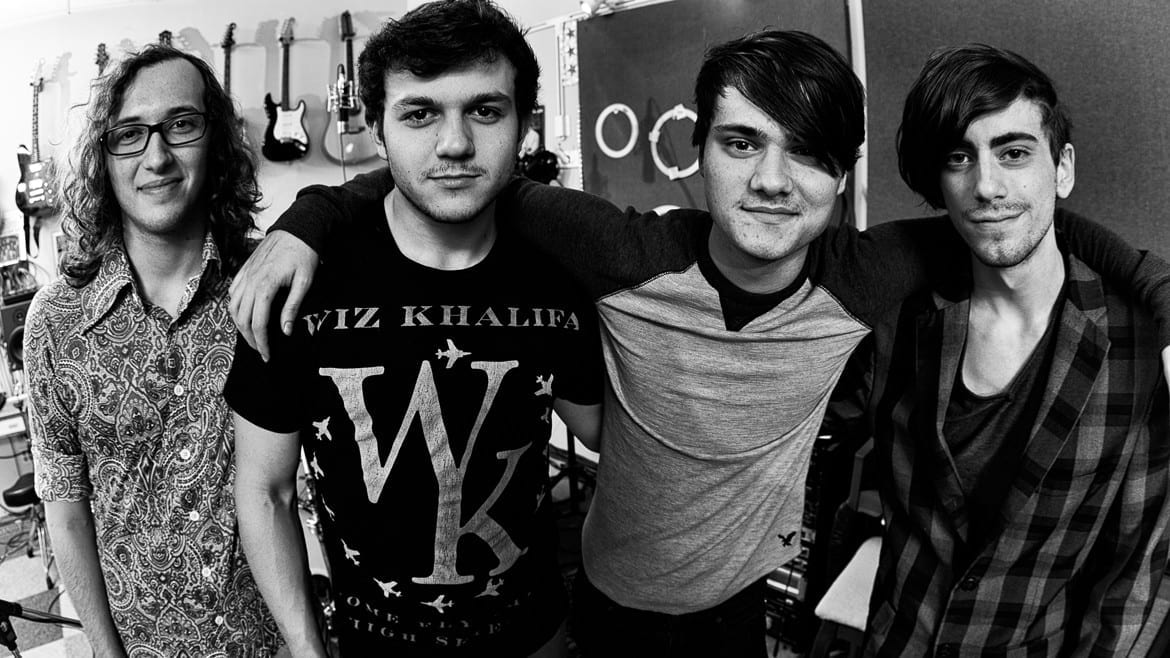 The UKs, formerly Uncountable Kings, celebrates the release of "Bad Seed" this weekend at Davey's Uptown. (Credit: The UKs)
Share this story

But times have changed. Kansas City’s efforts to embrace the arts have altered its very makeup over the last decade, and the nation has taken notice. An extremely fortunate side effect of this growth is a now-thriving local music scene that has both paved the way for more great music venues and put the city on the national music radar.

And it doesn’t seem to be slowing down anytime soon. Local music releases are off to a great start this year and showcase a diversity that would make any music-lover proud. There is perhaps no greater evidence of this than the releases officially put out this week by Kangaroo Knife Fight, Victor & Penny, and the UKs (formerly Unaccountable Kings).

On paper, these Kansas City bands have nothing in common and exist as very disparate styles in very different genres of music: one is a nationally established throwback jazz group; one is a young, raw rock group with a clearly auspicious career ahead; and one is a collection of seasoned musicians – recently formed but ready for the national mainstream spotlight.

But as disjointed as these groups may sound, one thing is certain: Their respective releases indicate that the local music scene has something to offer everyone – no matter your taste.

V&P, also known as Jeff Freling and Erin McGrane, has been touring nationally for years and enjoy a fair amount of success in the folk radio circuit. The two play a type of jazz that harkens back to the Prohibition era, complete with upbeat chord structures, ukulele underpinning, and smooth electric guitar solos.

V&P jumped well outside of its comfort zone while recording “Electricity,” the second proper album from the group, expanding their sound while also handing over the recording and engineering reigns to a third party – Nashville-based producer Mitch Dane. And the pairing yields fantastic results.

The album drifts amongst most of the old time jazz playbook – from swing, to New Orleans, to gypsy jazz, and even big band. It’s nothing that is cutting edge for the genre, but what “Electricity” may lack in originality, it more than makes up for in fun lyrical play and masterful instrumentation. The arrangements are tight and reach other-level status thanks in large part to solos by Freling and James Isaac, whose blistering work with the clarinet and soprano sax are inspired.

Song to check out: “Penny’s Pounce”

The UKs play a gritty vintage-inspired rock that draws from a lot of influences, including classic rock, punk, blues rock, and early metal. The band embraces a lo-fi setup, relying only on instruments and amps, rather than pedals or heavy studio effects, to give the tracks depth.

There is a raw, pounding drive to the UKs music that just flat out rocks and feeds off some distant nostalgia. Everything on the album, from the chunky guitar riffs to the clearly focused production choices, sounds vintage. And though the band formed in 2010, “Bad Seed” represents its debut full-length effort.

The album paints a conceptual narrative about falling in love while struggling with addiction, and the complications that may result therefrom. And this story is certainly at play in the album track order. The energy level through the ten tracks stays pretty high, relenting only briefly for ballads “Love at a Glance” and “Delilah,” which remarkably manage to fit into the otherwise tenacious body of songs.

Lead singer Noah Bartelt’s vocals may stray uncomfortably close to Jack White and Alex Turner at times, but it never detracts from the overall fun of the record. And drummer Zak Norton soars during “White Out,” taking advantage of the well-placed drum break to deliver a punchy solo.

On the whole, “Bad Seed” is a very strong debut effort and certainly makes a case that the UKs have a bright future ahead. The group celebrates the release of “Bad Seed” this Saturday with a show at Davey’s Uptown.

Song to check out: “Far From the Shore”

More so than many other genres, alt-pop has consistently flourished in Kansas City over the past few years. And Kangaroo Knife Fight is yet another band that can be added to the already strong list of local alt-pop offerings.

Kangaroo Knife fight formed in 2014 and released its debut EP “The Dark” this year.

KKF formed in 2014, after a beautiful aligning of stars led Australian Anthony Avis to respond to an online singer search by a group of KC musicians. The group exchanged music internationally for a few months, hammering out a few tracks, and ultimately leading to Avis’ move to Kansas City.

About a year later, the band completed its debut effort, “The Dark,” a four-track EP released last Saturday with a show at the Tank Room.

All four of the EP’s bright, textured tracks are ready for the radio and brandish a level of polish that seems outrageous for a debut effort. The tempos and energy are high throughout, and Avis’ lead vocals are stellar – delivered with a raspy blues tinge that provides a well-placed edge to the EP’s otherwise poppy undercurrent.

Tying up the room nicely is Brandon Skeens’ lead guitar work. His riffs and flourishes are stark but effective, bringing a certain depth and character to the tracks that evoke reflections of U2 and Coldplay – which may be a fitting comparison, given the KKF’s sensibilities for radio-friendly arena rock.

Song to check out: “Love Drunk”

Listen to any of these new albums or go to any release shows? If so, share with us by commenting below, emailing pdancalderon@gmail.com, or tweeting us @dansascity.