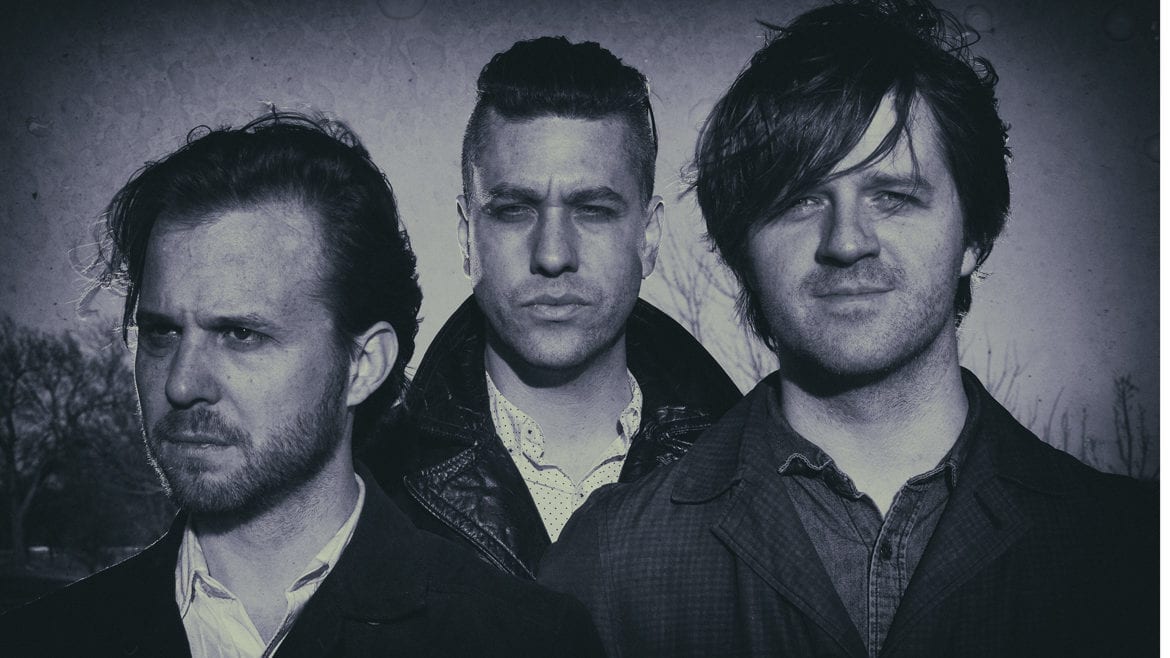 Inertia, solitude and change are consistent themes throughout “Summer.Snow,” the new album by local indie rock band, The Slowdown. And that’s fitting. Those words accurately describe the band itself and the unusual path its members have strode on the way to self-releasing their third album.

In many ways, The Slowdown is the tale of two bands. One is the near decade-old, moderately successful indie outfit that will be celebrating its record release tonight at the recordBar. The other is Wonderfuzz – a cover band known for playing recognizable party tracks to rich folk and bar bros. And while the stylistic directions for both bands may be worlds apart, the lineup is identical.

We’ve Got the Album Premiere!

That artistic dichotomy of self could easily cause some crises of identity amongst the band’s members, Sam Hoskins (drums/lead vocals), Josh Johnson (guitar), and Jordan Smith (bass), but it has instead given The Slowdown the direction needed to see every step of its new album through to completion. And there is no greater evidence of that than the album’s notable sonic departure from the band’s previous releases.

Slowdown’s 2012 debut, “A,” owed its success to an eclectic mix of genres. And while the stylistic hopscotch was an impressive display of talent and influences from Hoskins, the band’s principal songwriter, at about an hour runtime, the journey sometimes felt disjointed. Their sophomore effort, 2014’s “Digital Gold,” saw a bit more focus – with a riff heavy, dance-rock feel.

“Summer.Snow” goes in a completely different direction, and stands as a testament to how much the band has changed – both in makeup and vision – since its debut. Of its six founding members, Hoskins and lead guitarist Josh Johnson are the only remaining members. Bassist Jordan Smith joined the band in 2014. And the group collectively saw the new, pared-down lineup as an opportunity.

“We decided it was time to make the current band membership a whole new chapter,” Johnson said. “We also had some discussions about narrowing the aesthetic a little so people could find a way to understand it. We love so many different types of music that we were all over the place at times.”

And, oddly enough, it was Wonderfuzz that helped the band settle on that aesthetic. It might seem strange that a cover band that plays strikingly respectful homages to influences ranging from Johnny Cash to Michael Jackson could inform the band’s indie rock venture. But with Wonderfuzz’s busy schedule, the members of Slowdown were able to both squeeze in extra rehearsal time and test out a wide range of genres.

The Slowdown rehearses on Monday in preparation of tonight's album release party. Sam Hoskins said the new album is a testament to the band finding its voice. From left: Josh Johnson, Jordan Smith, and Sam Hoskins. (Dan Calderon | Flatland)

Josh Johnson rehearses with the band in his basement rehearsal space on Monday. Johnson said the new album represents a new chapter for the band, who recently pared the lineup down from its original six members to three.

This, in combination with a band-wide love of country western legend Lee Hazelwood, allowed The Slowdown to fuse together a musical direction that mixes western, indie rock, and psychedelia. The result is a genre the band half-jokingly refers to as “space-ghetti western.”

All laughing aside, the description is apt. On the whole, the tracks typically feature straightforward western-tinged arrangements accented by subtle reverb effects and stripped down synths to provide a heady depth. At the same time, the album generally evokes a sense of constant motion – like a soundtrack for a desert road trip. According to Hoskins, the sense of loneliness and journey the songs evoke are by design.

Thematically, the album is something of a rubber band ball of some of the humanity’s darker elements — loss, solitude, anger, sadness, and regret. It is undoubtedly heavy content, but the band remarkably manages to explore the ideas without whining too much about it, perhaps due to the underlying hope afforded by a universality that is ever-present, even if somehow always beyond our reach.

“Some of this is a look at the ‘us and them’ side of things,” Hoskins said. “ If I were you and you were me. What’s the difference between us? I may not know you, but we’re still connected somehow. But in this day in age, people won’t allow themselves to think about that.”

Johnson’s lead guitar lets loose only infrequently, instead opting for quick, bent-stringed flourishes or sustained tremolo notes. It’s subtle work, but commendable. And in combination with the varying offerings on keys, his contribution really adds to the overall western feel of the record.

Hoskins vocals show impressive range, crooning in a breathy baritone on tracks like “You Give Me Life” and cooling it off with plumes of falsetto on tracks like “Look Older,” a song about the relentless crawl of aging, which stands out as one of the album’s strongest offerings. It’s there that Hoskins laments, “I was a child in my mind, but life won’t be there until you stop. You look older.”

The seven-song album barely squeaks past the 30-minute mark, but never seems too short given the sometimes daunting subject matter. And the album length affords a more concise examination of the prevailing themes.

There is perhaps no greater turning point in the development of a band than the moment its members find their identity and allow themselves the artistic freedom to pursue it – free of internal criticisms and outside notions of what the band should be. And that’s what The Slowdown has done here.

“We wanted our music to be wise,” Hoskins said. “With ‘Digital Gold,’ I was writing more for an audience. We wanted people to dance and get excited for shows. And it worked. It got people moving. But with this record I made a conscious effort to be myself. And the hope was that that was what would stand out. I definitely think we found that voice.”