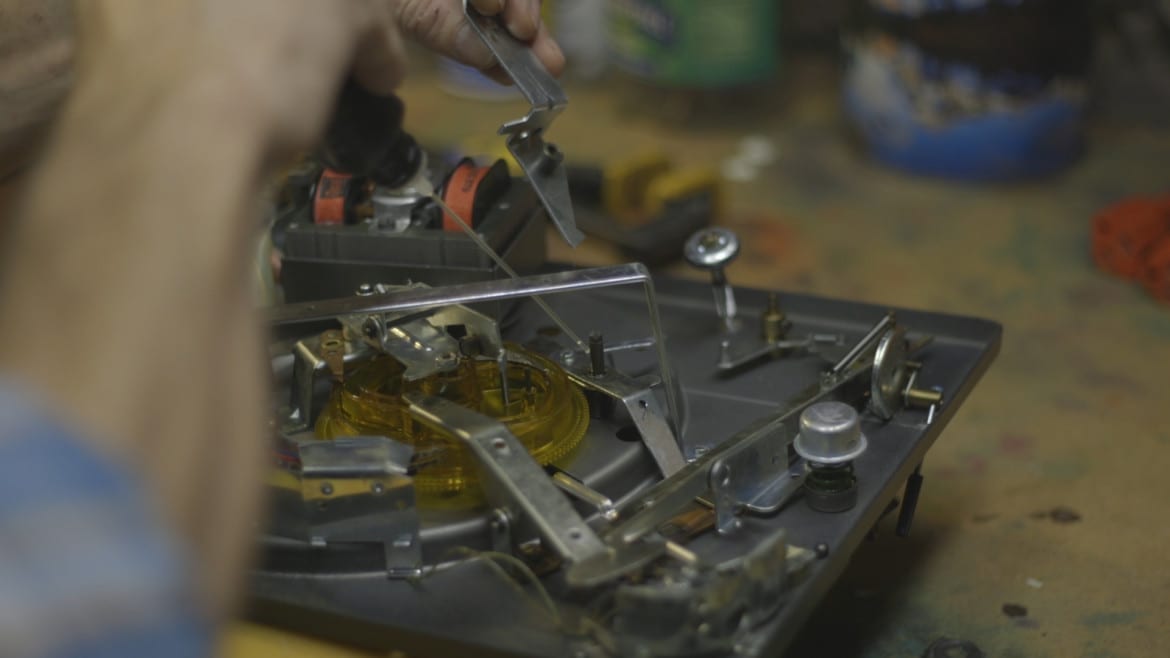 Flatland gets a peek into the basement workshop of Erik Branstetter, It's a Beautiful Day co-owner, as he repairs vintage record players. (Video: Shot by Cole Blaise, edited by John McGrath | Flatland)
Share this story

Erik Branstetter has a remarkable reverence for the past. And at his Westport store, It’s a Beautiful Day, Branstetter has created a haven for preserving the spirit of all things 60s and 70s, right down to that sought-after analog sound.

The majority of It’s a Beautiful Day is filled with typical head shop fare – incense, political bumper stickers, T-shirts, knitted apparel, and jewelry. But wade a little farther into the shop and you’ll find a room filled playfully beyond capacity with shelves of vintage stereo systems and turntables, all meticulously restored by Branstetter himself.

It’s only recently that he began working on the vintage units. Branstetter originally opened the shop as an outlet for his passion for woodworking.

“It was just a way to get some friends of mine out of trouble,” Branstetter said, “They made tie-dyes and jewelry and I made wood furniture. We decided to go into business together.”

Ancillary to these main wares was a collection of around 200 records that Branstetter had amassed. At the time the shop first opened in 1990, there were still plenty of record stores in Kansas City, but as record stores began closing, like Music Exchange and Streetside Records, more people began bringing their records to his shop, and his collection grew.

“I always saw the value of the records as being something you can hold onto, touch, and feel,” Branstetter said. “I never gave up on records. And now I’m the oldest used record store in Kansas City – by default really.”

Branstetter is in the store most days. A soft-spoken man, he is deliberate in all that he does, down to the way he carefully crafts his statements. His long hair and laid-back demeanor belie an intensity that could be intimidating if it weren’t frequently interrupted by his jokes and the smiles that accompany them. 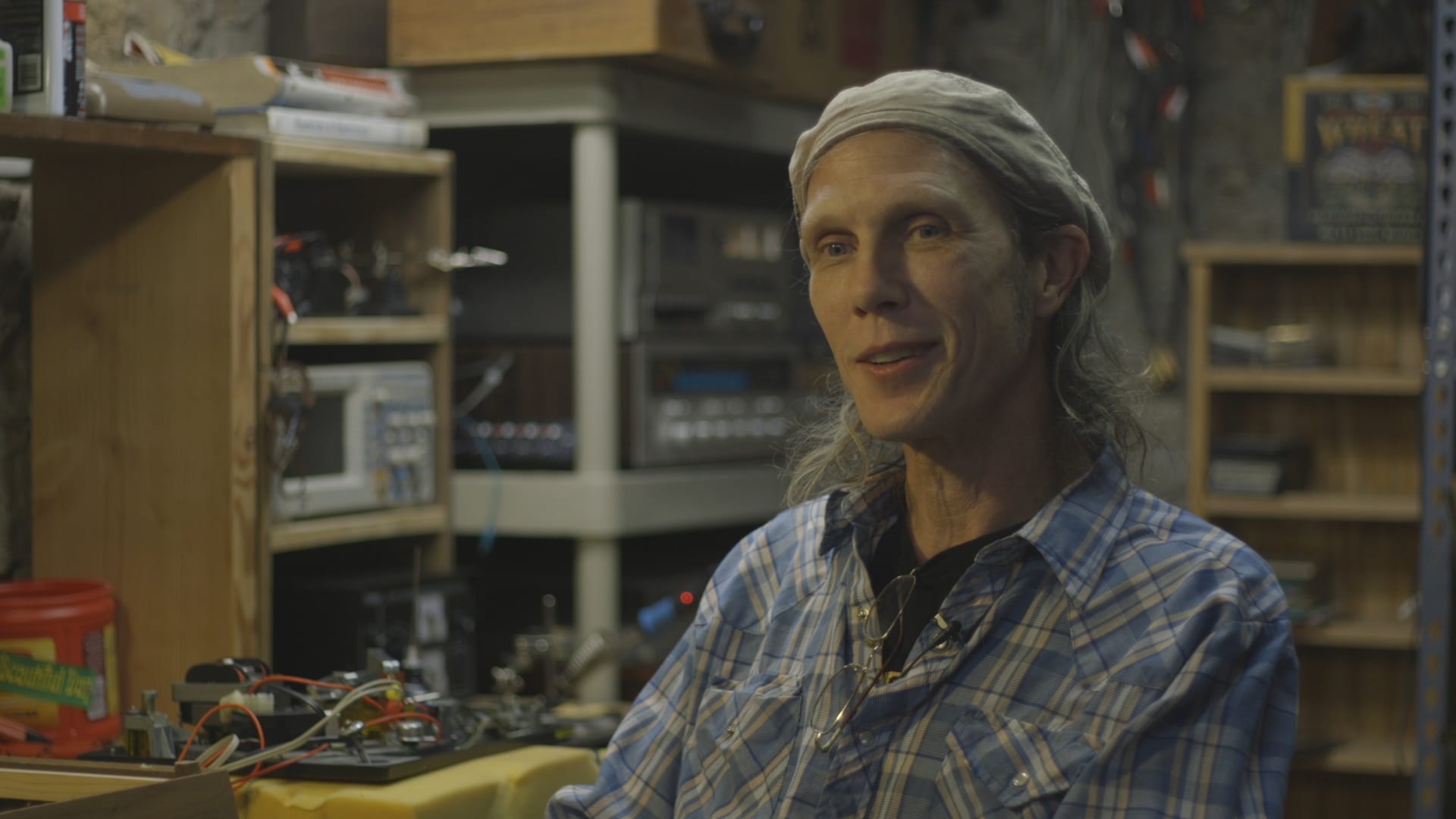 As shop co-owner, Branstetter has helped run day-to-day operations since its initial opening. But his workload at the store changed around five years ago, when his vinyl customers began coming in with recently purchased, modern record players that had broken down soon after purchase. After doing some research, Branstetter found that he could get old turntables, refurbish them, and sell them to his customers – thus providing them with cheaper turntables that would last much longer than their modern counterparts.

He didn’t have any technical training or a degree in mechanical engineering, so Branstetter’s first efforts were as much about repairing his own mistakes as they were about refurbishing the units he had acquired. But eventually his general repair knowledge grew.

“You spend a lot of time on them and you pick up things every time you open one up,” Branstetter said. “Even if you don’t fix it, you learn something.”

He started off purchasing units from thrift stores and garage sales, but eventually people began bringing their broken vintage units into the store for sale and repair. He estimates he has repaired around 1,000 record players over the past five years. Stereos, he says, are a different story.

He does most of his quick or easy repairs at the store. The stubborn units get brought home and taken into his basement workshop, an intimidating and impressive maze of shelves, stacked floor to ceiling with vintage stereos and turntables, all patiently awaiting their turn on his workbench. And anywhere there isn’t a component, there is a bin brimming with wires, gears, or parts from units that couldn’t be salvaged.

It might seem strange that Branstetter would expend this much effort on older mechanical technology when manufacturers are making modern versions of these turntables and stereos in smaller, microchipped packages. But Branstetter argues that his vintage units are better than most of the components being made today, mainly because the quality of workmanship was much higher when they were originally manufactured.

The work is time-intensive, can be frustrating, and the result does not generate much in the way of revenue. Still, Branstetter embraces it as a labor of love, and sees his work as important to the continuing rise of vinyl sales.

“I try to keep it at a level where people just starting out can find something that’s valuable, enjoyable, and will work when they want it to,” he said. “So many things can go wrong — the way you hook the speakers up, the record player not being adjusted right, the needle being worn out or dirty — that people just getting into [vinyl] just don’t know anything about. So they take [the record] off and never think of it again, and it ruins that experience and the whole movement of records.”