No mountains, no problem 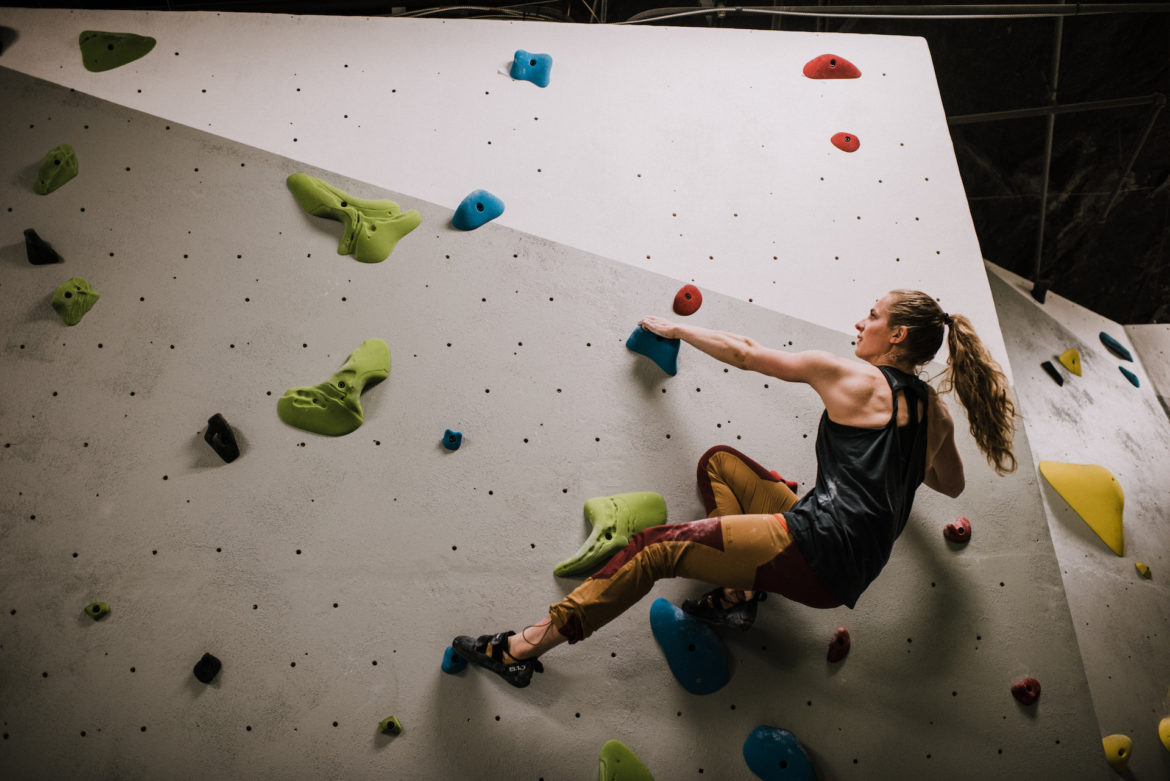 A self-described “climber’s choreographer,” Gromacki is responsible for rearranging the walls’ multitude of misshapen holds. She pays special attention to crafting climbing routes that range in difficulty and bring anyone from top climbers to toddlers to Kansas City’s popular gym.

Since it was founded in 2016, ROKC has become a hot spot for adventure seekers of all ages, ability and experience in climbing — and it’s only been up from there.

Fueled by Potter’s commitment to creating something bigger than himself following his time in the military, ROKC frequently teams up with local nonprofits to give back, and has expanded to offer yoga and fitness classes. A third location in Olathe will open later this year, joining existing facilities in North Kansas City and ‘Underground’ at 31st and Mercier.

“It’s probably been bigger than I’ve expected,” Potter admits, making sure to credit his service-minded staff. “You come into ROKC a lot of times knowing that you’re in a place where people want to serve you, be your friend and help you out, make you better and challenge you.”

It’s much-welcomed support for a sport that is unassumingly complex and obviously unforgiving, no matter who you are. Gromacki suggests that even an impressive combination of strength, balance, power, flexibility, mobility and bodily awareness might not be enough to get you to the top of a vertical endeavor – at least not without technique.

And that’s just the physical challenge.

“I think it’s actually more mental than it is physical because our human bodies have the ability to do some crazy, fantastic things if we tap into them in the right way,” Potter says. “If you aren’t truly focused on it and you don’t truly believe in yourself that you can do it, there’s a good chance that you’re going to fail. It becomes an intuitive experience the more and more you climb and you get better at it. Technique happens naturally. It’s something that’s so thought-provoking.”

“I think people can be nervous that everyone is watching you because sometimes you are the only person on the wall,” Gromacki adds. “But the reality of the situation is that everyone knows that it’s hard and everyone is trying their hardest.”

Potter estimates that about 70% of ROKC’s climbers ascend casually, perhaps as part of a workout, first date or as an activity for a rainy day.

But for some, the intimate physical and mental challenge pays off well beyond the top of the wall.

Gromacki shares the story of a mother who recently sent her daughter off to college, and discovered climbing to cope with a newly empty nest.

Then there’s the story of a father who was searching for an opportunity to connect with his son.

“They came to the climbing gym and it was the first sport that his son was actually interested in,” Gromacki recalls. “It was the first thing after much searching that they could learn and experience together.”