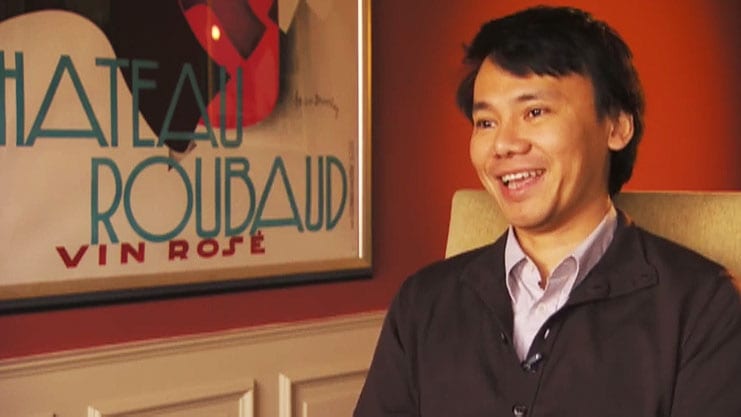 The work that resulted from this imagined conversation, a concerto piece titled “Dialogue,” will premiere Saturday, Feb. 7, at Village Presbyterian Church in Prairie Village, Kansas.

“It’s a dialogue between me and Bach,” Prangcharoen said. “He says something in his own (musical) language, and I say something to respond to the dialogue in my own language. It’s like making a phone call: You dial Bach’s number, and then he picks up the phone, and then you start talking!”

Prangcharoen is a composer in residence for the Pacific Symphony in Orange County, California, and he won both the prestigious Guggenheim Fellowship and the Barlow Prize through Brigham Young University in 2013.

His piece for the Bach Aria Soloists is based on Bach’s “Capriccio on the departure of a beloved brother,” which tells the story of a man’s response to his brother leaving for war. Prangcharoen said he tried to empathize with what may have been the composer’s feelings.

“Dialogue” is a result of Prangcharoen weighing this apparent emotional conflict. He said composing a response to Bach was daunting.

“You have to write something to compare or to kind of sit along with his music. It’s really difficult and really stressful,” Prangcharoen said. “I think it’s good, (though,) because I learn a lot more about Bach, and instead of trying to compete with his music, I took it in a different way. I absorbed and learned about how wonderful Bach as a composer is, and now he inspired me to create work.”

While the composing process was a challenge, Prangcharoen said the rehearsal process has been ideal.

“As a composer, it’s always a blessing if you have a group like (the Bach Aria Soloists) that’s so serious about your piece, that rehearses really well and puts things together quickly,” he said.

“Dialogue” is a violin concerto — concertos typically feature one solo instrument supported by a concert band or orchestra — that was commissioned specifically by Bach Aria Soloists founder and violinist Elizabeth Suh Lane. Prangcharoen said he has wanted to write a solo violin movement for Lane for a while, and this commission was the perfect opportunity.

Lane has a unique opportunity as a violinist to perform a Prangcharoen piece for the first time: Prangcharoen said he will compose only one concerto for each instrument in his career.

He said he knows that this isn’t the most lucrative business decision, but he doesn’t care.

“If I wanted to be rich, maybe I should do a business major instead of writing music, you know?” he said. “You can’t be Bill Gates when you write music. Money is not the most important thing to me.”

Even though Prangcharoen works in California, he considers Kansas City his home. He recently purchased a condo in KC and said he looks forward to spending time here.

“I become more productive when I’m here,” he said. “My music comes through more quickly when I’m home. I feel like this is the place that I’m supposed to be.”

To see Prangcharoen’s “Dialogue” performed in his home town, visit the Bach Aria Soloist website for tickets. A version of this interview with Prangcharoen, which was conducted by KCPT’s Randy Mason, will air on KCPT’s Arts Upload Feb. 12.