Our kids, our responsibility 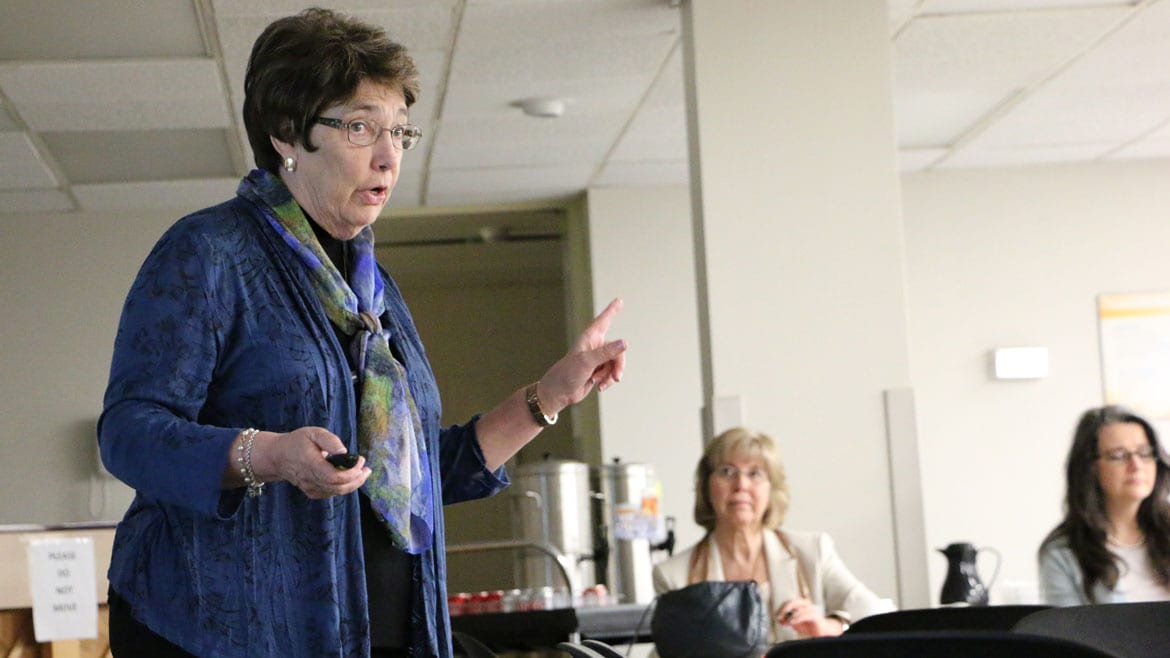 “How many of you have found 10 or more four-leaf clovers in your lifetime?”

This was a question posed Monday morning by Dorothy Stucky Halley, director of the Victim Services Division of the Kansas Attorney General’s Office. She asked the question of a roomful of community members from Pittsburg, Kansas, who were gathered to learn more about the issue of human trafficking in their area.

She said she has only ever found two four-leaf clovers, but that her son has found hundreds, maybe even thousands. The difference between she and him, she said, is that he has trained his mind and eyes to see something that the rest of us cannot see, even if it’s right in front of us.

“The reason the Human Trafficking Board has a four-leaf clover as its symbol is because we know with human trafficking victims we have to do the same thing,” she said. “They are all around us, all the time, and we are not seeing them.”

A group of state and local agencies, including members from the Department of Child and Family Services, Juvenile Services, the local school district and the attorney general’s office are seeking to open communication lines and coordinate an approach to address the issue of human trafficking in Kansas.

The U.S. Department of Justice has named Kansas as an originating state for human trafficking — meaning that children are taken from Kansas and trafficked in other parts of the country. In a video on Attorney General Derek Schmidt’s website, he said “(This) means our own kids are at risk.”

Human trafficking can be labor trafficking, which often looks like indentured servitude, or commercial sexual exploitation. While trafficking is an issue for victims of all ages, the meeting focused on minor victims.

Pat Colloton, assistant attorney general and director of the office’s Anti-Human Trafficking Unit, reminded the group there is a legal option to treat minor victims of human trafficking as sexually abused children — or Children in Need of Care (CINCs) — in the courts.

Victims of sexual trafficking are often picked up by law enforcement for things like shoplifting, loitering or soliciting. It is during the juvenile detention process that law enforcement may identify the juvenile offender as a victim of sex trafficking, using a list of criteria that can be seen here. At the victim’s detention hearing, however, the legal system has a chance to make a difference, Colloton said.

“At that detention hearing, consider: Do you want her simply going through that juvenile justice system again — she’s probably been through it three or four times — or do you want to consider her as a CINC?” Colloton said.

Victims that hold dual status as a CINC and a juvenile offender can be placed in special secure housing where they have access to educational resources and trauma counseling, which Colloton said is more likely to end in a positive outcome for the child.

Lucy Bloom, faith-based and community initiatives director for the Kansas Department of Child and Family Services, said awareness about the issue of human trafficking is the responsibility of every teacher, social worker, minister and member of law enforcement. Awareness, Bloom said, is a crucial part of prevention.

Holding meetings like this seems to be the first step in raising awareness. Upcoming steps, Colloton said, may include a special training for these same Pittsburg community members.

Halley agreed: “We know with awareness, we can be much more effective in the response.”