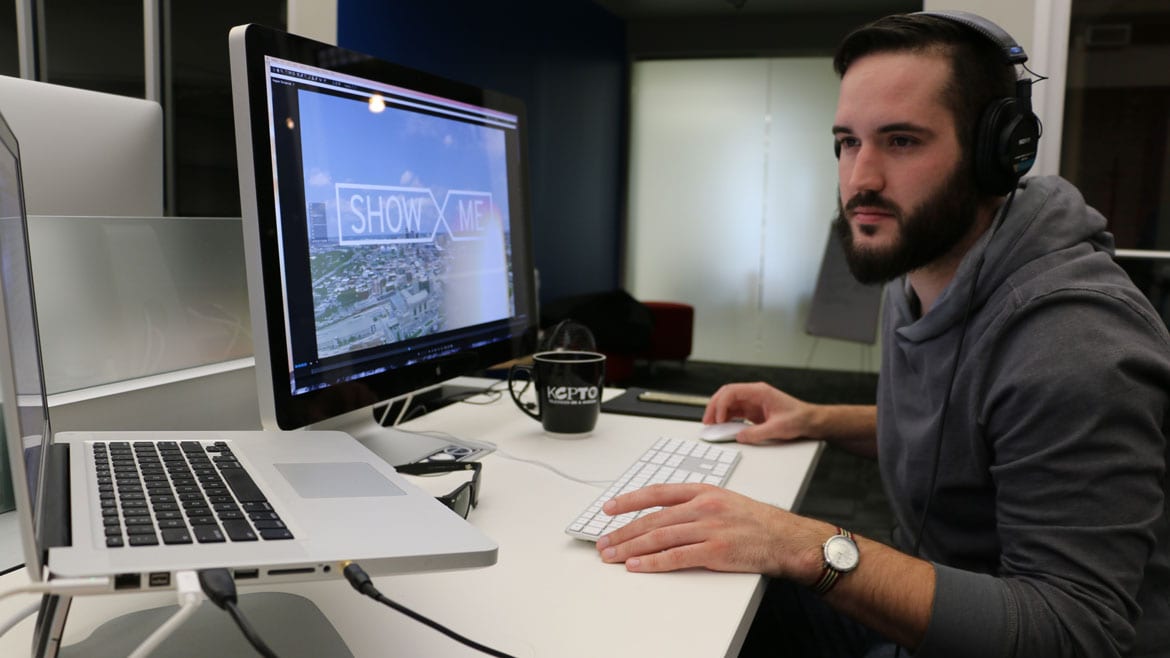 It all started with the Royals.

At least, that’s what Cole Blaise said inspired him to produce KCPT’s Show Me video series, which will debut Monday.

Show Me is a series of videos and in-person meet ups to highlight the people that are putting Kansas City on the map, or, as the Show Me website says, changing Kansas City’s identity from cowtown to cool town.

Blaise said this summer’s Royals-mania put Kansas City on the national scene in a way he hadn’t seen before. He wanted to capitalize on that national attention and show people — in KC and across the country — that Kansas City is cool for reasons other than baseball.

“Seeing how the national media started saying positive things about Kansas City — they were never really negative, they were just neutral, ‘It’s ok, it’s cool,’” Blaise said. “In Kansas City, that’s kind of how we view ourselves a lot: It’s ok, it’s good, not great. That’s not true. It’s a great city.”

It was a banner year in KC for Blaise: As a Royals super fan, he was heavily invested in the team’s World Series bid, and he also moved from the suburbs to Midtown. He said his personal KC experiences also shaped the series: “Mostly it was just a personal discovery of Kansas City and wanting to continue that discovery,” he said. (Full disclosure: Flatland is a project of KCPT, and Cole’s desk is in the newsroom, so we can all easily vouch for his Royals-mania. It’s real.)

The six videos in the Show Me series will feature eight Kansas Citians with, as Blaise said it, “local pride and national ambition.”

“We looked for people who are really ambassadors for Kansas City, really talked up Kansas City and people that wanted to affect the states or the world,” he said.

Viewers will have the opportunity to meet these influencers at weekly meet ups after their respective videos are released.

Blaise said attendees can expect to see a watch deconstruction demonstration when they come to see Wilson.

“There will be a chance to meet up with a person and actually get to experience and ask them questions personally and get there and really be involved,” Blaise said. “It’s to drive the inquisitive nature and to get people excited about Kansas City and exploring it.”

For more information, visit the Show Me website. Look for a new Show Me video every Monday for the next six weeks.