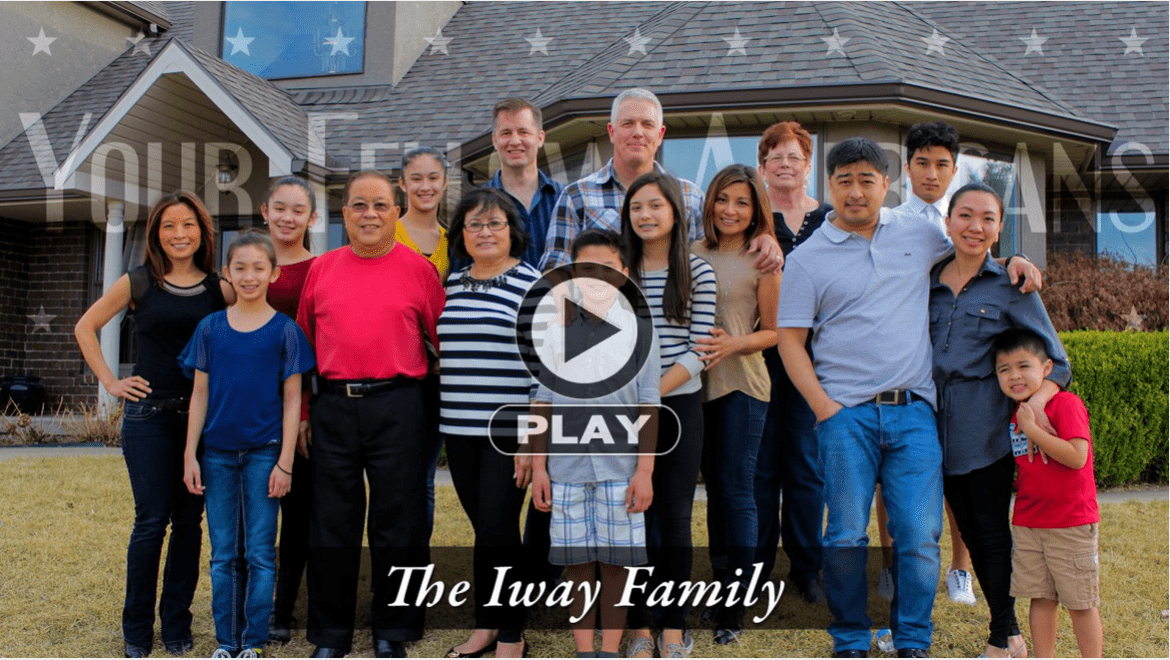 “I believe when Americans see that laws aren’t being followed – not just immigration laws, but other laws – it frightens people. And when people are frighten they tend to show it, and it can come off as being racist.” – Danny Spurlock, son-in-law of Olivia & Belino Iway

Doctors Olivia & Belino Iway came to the United States in 1974 from the Philippines on student visas, carrying $200 in their pockets and three young children to care for. After Belino completed his medical residency in New York City, where their fourth child was born, the family was invited to move to Elkhart, Kansas, to staff the small town’s fledgling hospital. Over a career of 30 years in that community, the Drs. Iway built the hospital into its present capacity of several hundred employees with specialized units that draw in patients from many of the larger surrounding communities.

We joined the Iways at a house of theirs in the Kansas City metro while they were in town for a fundraising gala two of their daughters organized.

The Iway’s first-born, Dr. Yvonne Spurlock, lives in the Kansas City metro with her husband, Dr. Daniel Spurlock, and their three daughters, Sophia, Alexa and Mia. Their second daughter, Dr. Christine Nedeau, also lives in the KC area with her husband Joel and their children Cara and Jack and their nephew Matthew Iway. Joel’s mother, Jane Nedeau, lives with them and helps care for the Nedeau, Iway and Spurlock children.

Belino and Olivia’s third child, Dr. Edsel Iway (Matthew’s father), was also in town with his wife, Dr. BiAnn Iway, and their son Zachary. The youngest of the four Iway children, Steph, and her husband Tom Nichols, were not able to join for the weekend’s conversation and gala.

In the video above, Olivia and Belino share parts of their immigration story, and the family discusses how immigration policies seem to have shifted since the ’70s.

KCPT’s Hale Center for Journalism presents Your Fellow Americans, a documentary web series exploring race, immigration and the American Dream. In this pilot season, join multiple generations from six different families as they discuss their American experience around the dinner table. Watch episodes, go behind the scenes and join the conversation athttp://kcpt.org/yourfellowamericans.

Sharing the Education of a Lifetime