'Ruckus' speaks with Stand Up KC about the issue 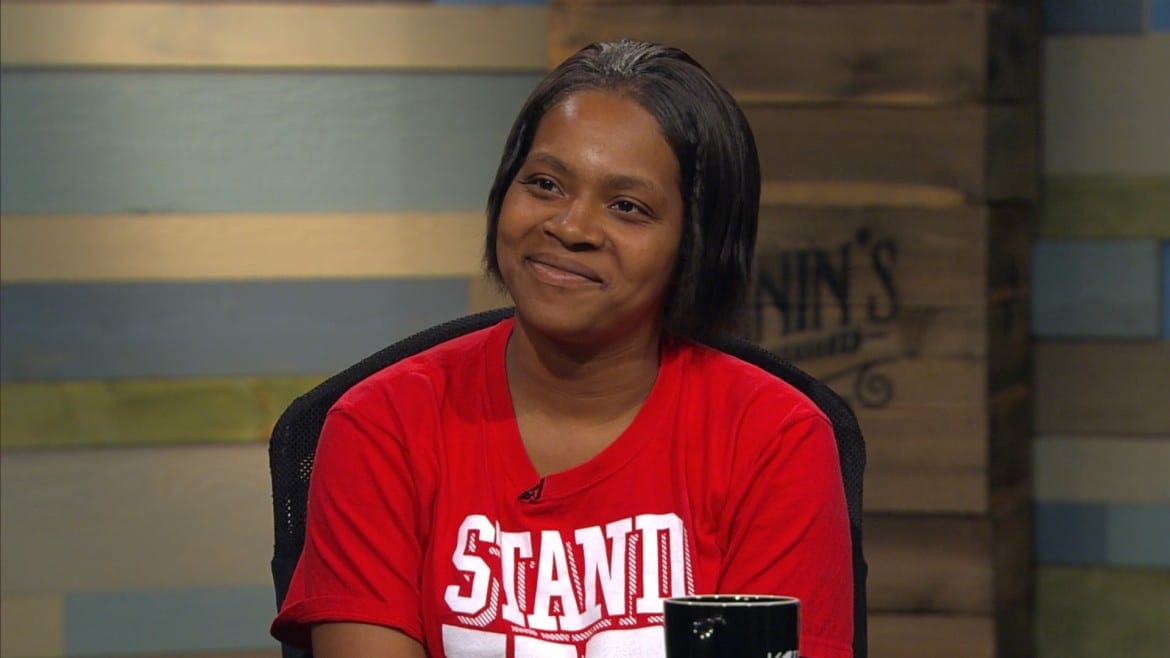 Across the country and the KC area, fast food workers and other low-wage employees have been protesting for “15 and a union,” or at least $15 an hour and the right to unionize.

Mike Shanin of KCPT’s “Ruckus” interviewed LaToya Caldwell of Stand Up KC for last week’s show. She has worked at Wendy’s for almost eight years and is currently on unpaid maternity leave.

Caldwell said $15 an hour should be nothing to the billion-dollar fast food companies she and her co-protesters work for.

“I don’t think that we’re asking our employers too much,” she said. “We help them make billion-dollar profits, and we’re not making it.”

Shanin pointed out that not every fast food worker is employed by a multi-billion dollar company. In fact, he said, many are employed by local franchisees.

Caldwell agreed that many KC workers are employed by franchisees, but she said that shouldn’t make a difference.

“We believe that any low-wage worker, any worker that works for 40 hours a week should be able to make a living wage,” she said, meaning that anyone working full-time hours should be able to pay his or her bills.

Shanin and Caldwell had a sticking point in the interview — When Caldwell said that Stand Up KC wanted the right to unionize, Shanin pointed out that, legally, their employers cannot stop them from doing so.

The issue is complicated: While fast food workers have the right to unionize, it is often difficult for them to do so.

According to the Washington Post, workers at franchise locations are limited in their bargaining power. A union can certainly speak with franchisee bosses, but the only real power for change lies with the franchisor — the big company, like McDonald’s or Wendy’s. In order for unions to be able to bargain directly with the franchisor, franchisees and franchisors need to become joint employers of the fast food workers. Again, according to the Washington Post, the “joint employers” issue has become an important part of the “fight for 15.”

View the entire conversation above, and watch Ruckus Thursday evenings at 7.

For an upcoming reporting series, KCPT will be looking at what it means to “get by” in Kansas City. Issues of income inequality and the living wage are all over the news and legislatures, and we want to find out how those issues affect Kansas Citians. How does your job, level of education, access to health care — just for some examples — affect your ability to live successfully?

How are you making ends meet? Are you able to put money aside for a rainy day, or are you cashing your whole paycheck to make rent? Could you replace your car if it broke down, or are you relying on KC’s sometimes unreliable bus system?

We want to know the answers to these questions and more. Weigh in here.