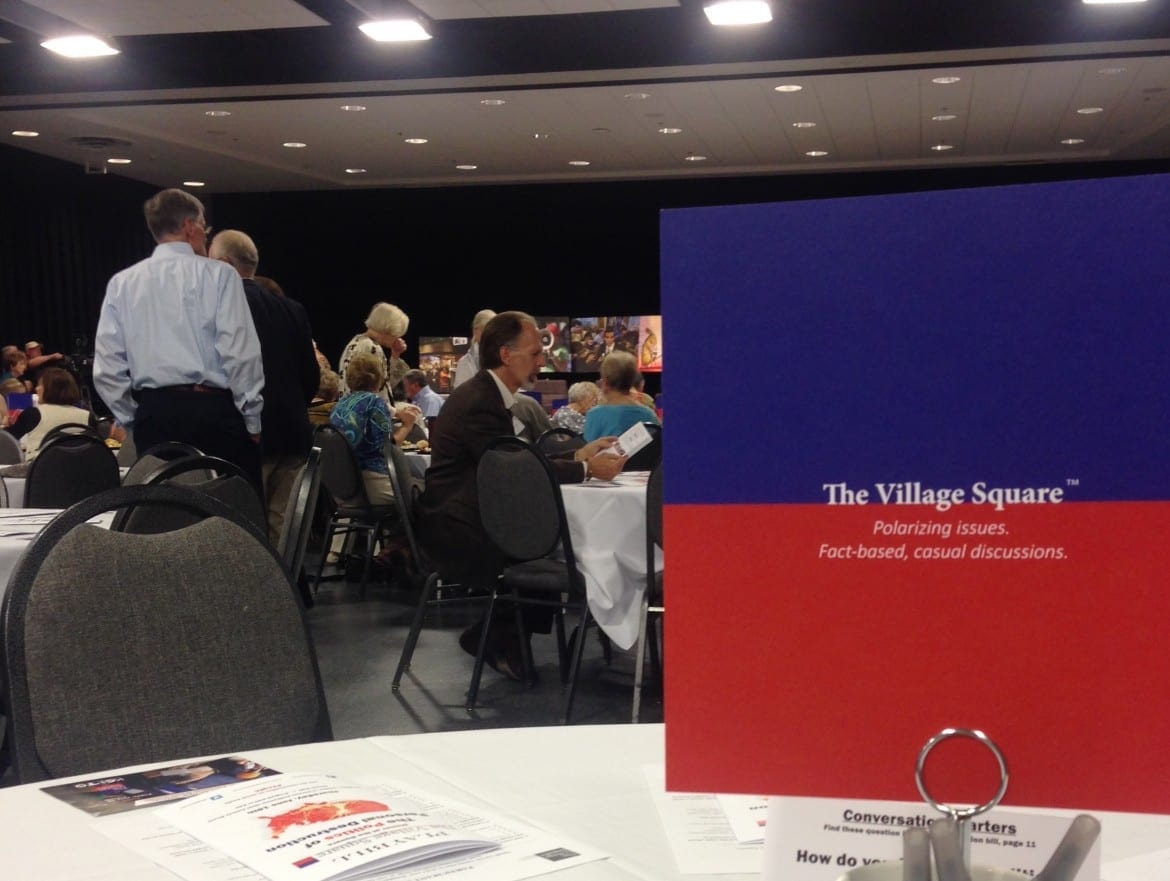 The suicide of Missouri Auditor Tom Schweich earlier this year has sparked a debate about fairness and morality in politics. The local chapter of The Village Square joined that discussion Thursday night with a panel event titled “The Politics of Personal Destruction.” KCPT was also a sponsor of that event.

Danforth began the discussion by saying that election politics have changed drastically since his six campaigns for office.

The former Senator said Schweich, who viewed him as a mentor, was tormented by an anti-Semetic whisper campaign that was brought on by our destructive political climate.

Margaret Talev, speaking on the media, thinks that it’s difficult for journalists to navigate their role and avoid the clickbait, especially when you’re expected to draw a certain amount of traffic.

“You may want, as a journalist, to write about it in order to hold the perpetrator of the ad accountable, but in doing that you’re giving loft to the very argument that’s out there,” said Talev

Rev. Adam Hamilton deals regularly with the moral issues in politics. His parish, the Church of the Resurrection in Leawood, KS has a number of politicians in its congregation. Hamilton said that he regularly encourages politicians at his parish to run positive rather than negative ads, but has been told by one politician, who isn’t a member of Hamilton’s parish, that it is a necessary evil.

“His answer was you can’t get elected without doing that,” says Hamilton.

Terry Nelson, who was the political consultant for the Bush-Chenery campaign has the experience to back up that claim. Nelson said he has spent enough time in focus groups to know that regular voters don’t like negative campaigns, but has seen enough survey research to know that they work.

“The negative ads move numbers, and voters respond to them,” says Nelson.

“Ultimately, I think if the American public, which is about as amorphous as the media, uniformly pushed back and said we’re mad as hell and we’re not going to take it anymore it wouldn’t happen any more,” said Talev. 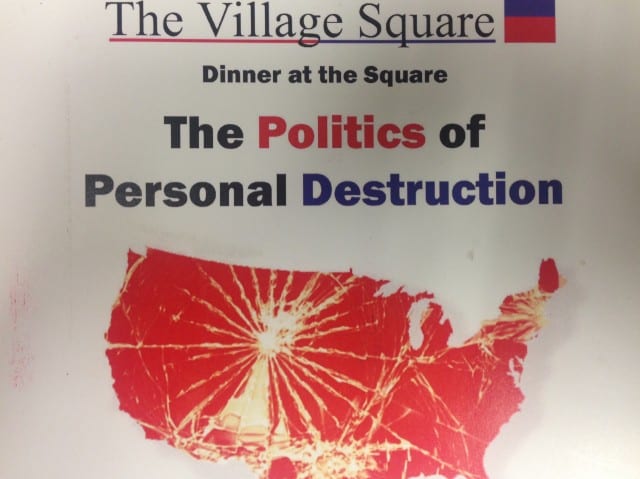 Each panelist responded differently when asked how to fix our destructive political climate. Both Margaret Talev and Terry Nelson called on journalists to embrace their watchdog role, while Nelson said there needs to be a more robust press coverage at the State level.

Rev. Adam Hamilton called for the audience to change the system by refusing to respond to negative politics, adding that it may be as easy as practicing the golden rule.

“How cool would it be if in Kansas City, the heartland of our country, we modeled this for the rest of the country,” says Hamilton.

KCPT will broadcast the panel discussion on June 26th at 7:30 pm as a Kansas City Week in Review special.