Commentary | The Super Bowl is Better From Home 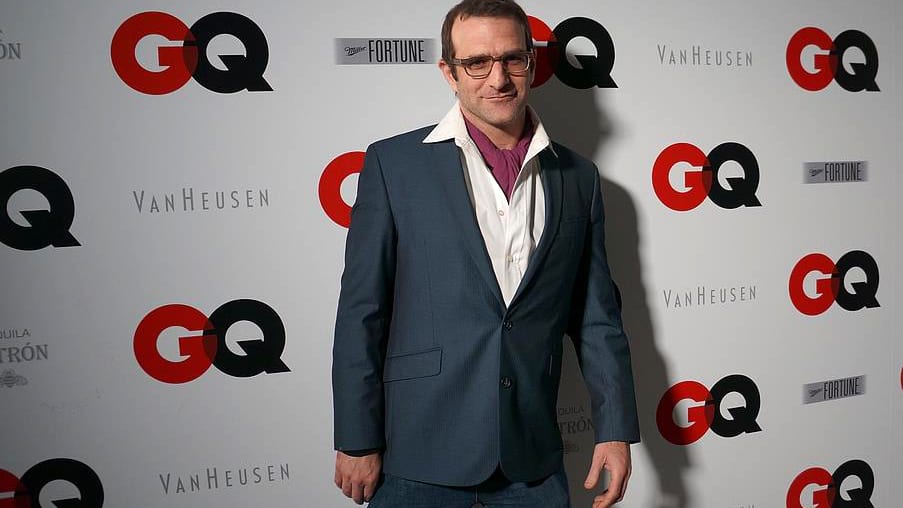 Take it from this guy — The Super Bowl is better from your couch. (Photo Courtesy Hampton Stevens, from Super Bowl XLVIII in New York)
Share this story

First, obviously, attending the game is unbelievably expensive. The average price for a ticket this year is hovering around a record $5,000. The costs, though, go way past the price of admission. Hot dogs at a Super Bowl venue are, like, fifteen bucks. Beers will cost you a kidney. And that’s only while you’re at the game. All week long, absolutely everything in a Super Bowl host city is about price gouging. Car rental rates go though the roof. You’ll pay $1,000 per night for a seedy motel room that’s an hour drive from the stadium. It’s just unpleasant. Nobody, not even very rich people, likes being taken for a sucker.

But let’s assume that you’re fabulously wealthy. You don’t care that a weekend at the Super Bowl will cost you more than a month in Paris. Even if you can afford it, the experience of being at game simply isn’t that good.

When you think of the NFL, you think of roaring crowds. You think of tailgating for hours before kickoff, with everybody all decked out in team gear. You think of face-painted fans who cheer for every first down and hug strangers after touchdowns. You think, in short, of Arrowhead and its glories.

That, folks, is not what you get at the Super Bowl. The stands at the Super Bowl are filled with celebrities, CEOs and contest winners. That is, people who don’t care about the outcome. They don’t go for football. They go to see and – much more importantly – be seen.  They care, mostly, about posting selfies that will make their friends back home jealous. It makes for an energy inside the stadium that’s tepid at best.

You also can’t really enjoy the most watched part of the broadcast – the halftime show. And make no mistake, halftime is what people remember most. Need proof? Think about last year. You remember Katy Perry, right? You remember Missy Elliot and the momentary viral fame of “Left Shark.” You probably don’t remember Malcolm Butler, the Patriot cornerback who made a last-second interception on the one-yard line. Butler, the hero in one of the most exciting Super Bowl finishes of all-time, got less publicity than a guy in a shark suit.

Yours truly, however, didn’t really notice Left Shark. That’s because the halftime show is practically unwatchable from inside the stadium.

Year after year, people have asked me about those famed performances. “How was Madonna?” or “How was Bruno Mars?” The answer is inevitably, “Who knows? You saw more of the show than I did.”

Like everything around this quintessentially made-for-TV event, the halftime show is designed to be watched on television. The stars play to the cameras, not the crowd. Rightfully so. Just as with any other stadium concert, the performers look like tiny specks on the field when you’re watching from the stands.

There’s another major aspect of the authentic Super Bowl experience that can’t be had at the stadium at all. You know what most of America talks about the day after the game, on Hangover Monday? The commercials. The ads are dissected and debated for days. If you’re at the game, you won’t see a single second.

At the risk of humblebragging, I’d also be remiss if I didn’t mention the legendary parties of Super Bowl Week. True, the world’s rich and famous flock to the host city, throwing bash after bash. For all the food, drink, and purported glamour, though, there is an unmistakable air of hassle and douchebaggery.

Honestly, how upset are you that you missed, for instance, this week’s SUITS AND SNEAKERS/GLAZERPALOOZA with appearances by Guy Fieri and Chuck Liddell? Just think about the kinds of guys who would be excited to party with Guy Fieri. Now tell me that hanging out with them all night sounds like your idea of a good time.

Even the best of the best can be kind of a bummer. I’ve been to a few Playboy and GQ parties. As you might expect, they had scantly clad models galore. But here’s the thing: Scantily clad models don’t go to big, fancy parties to hang out with guys like me. They go to drink, do coke, meet Hollywood casting agents and become impregnated by professional athletes. Possibly all four.

Yes, you’ll meet celebrities. You might see Troy Aikman chatting with LL Cool J. Which is admittedly cool. But those stars, too, are not terribly interested in chatting with the non-rich and un-famous. Generally, rappers and quarterbacks want to talk to other celebrities. Or, better yet, to the aforesaid scantily-clad models. Trust me, nothing will make a you feel like a high school outcast faster than being in a roomful of rich, pretty famous people that want absolutely nothing to do with you.

Once I even saw Justin Timberlake and Jay-Z perform at a private party. It’s a great memory, and I was lucky to get in. But, fun as that show was, the crowd was still a bummer. It’s hard to enjoy any performance, no matter how great, while standing in a roomful of grasping, slick 1-percenters.

That’s why, come Sunday, I’ll be with the 99 percent – at someone’s house party, making dumb prop bets on the coin flip, and hate-watching Coldplay. I’ll be enjoying the Super Bowl the way that the Good Lord (and Pete Rozelle) intended – by eating and drinking too much while watching on a couch for free.

— — Hampton Stevens has written for local and national publications including The Kansas City Star, The Atlantic and ESPN the Magazine. Find him on Twitter @HamptonStevens.