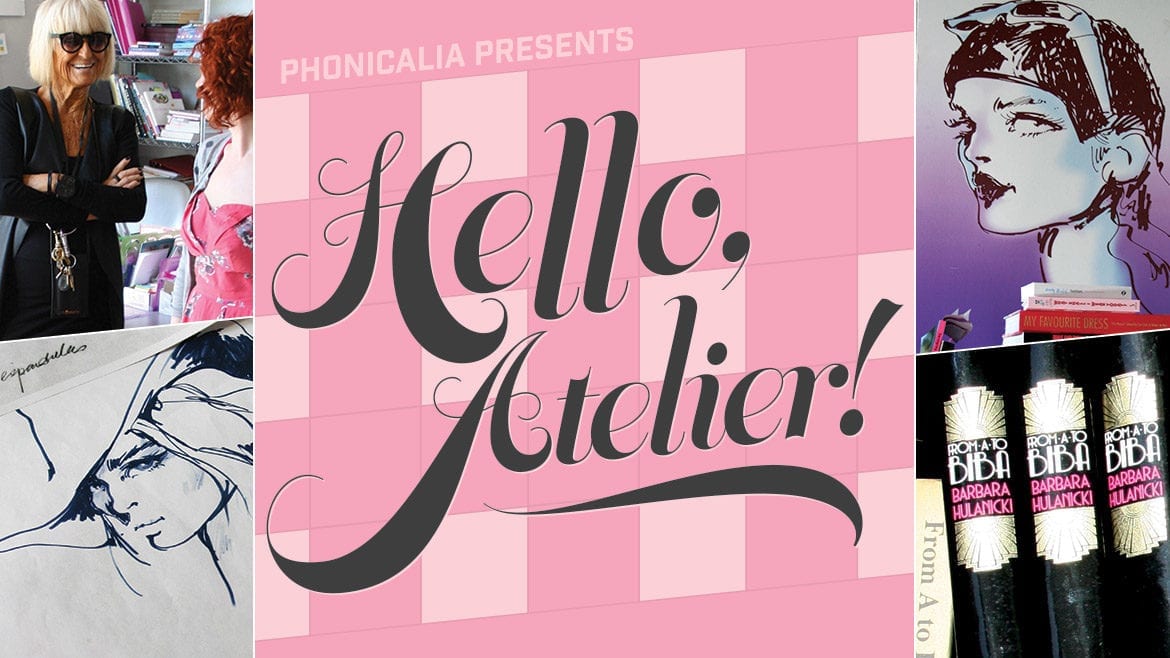 For the grand finale of Season One of Hello Atelier, we are so excited to sit down with legendary fashion designer Barbara Hulanicki. From 1964 to 1975, Hulanicki’s store Biba was where those in the know in London — including the likes of Mick Jagger, David Bowie and Twiggy — went for the best clothes.

But Biba wasn’t just for celebrities. Hulanicki’s beautiful clothes — and later shoes, cosmetics, home furnishings and more — were priced low enough for everyone to enjoy them. People flocked to the store to get a little bit of Biba glamour for themselves. In fact, by 1973, Biba was attracting a million visitors a week (!!), and by the time it closed, it had reached icon status.

Hulanicki didn’t quit designing after Biba. In fact, an opportunity given to her by Ronnie Wood of The Rolling Stones reinvented her as a successful hotel interior designer. Today, Hulanicki’s designs are still sought after, and she is endowing everything from wallpaper to T-shirts with her special Biba glamour.

Hanging out with Barbara Hulanicki in her office before the interview. (Photos: Hello Atelier)

Advertisements from Woody's On The Beach, the project Hulanicki worked on with Ronnie Wood of The Rolling Stones.

A file of illustrations for Hulanicki's coloring book.

A poster for Biba cosmetics.

— Find all of Hello Atelier’s podcast on iTunes or at the Phonicalia Media Productions website.