Hot Style in the City 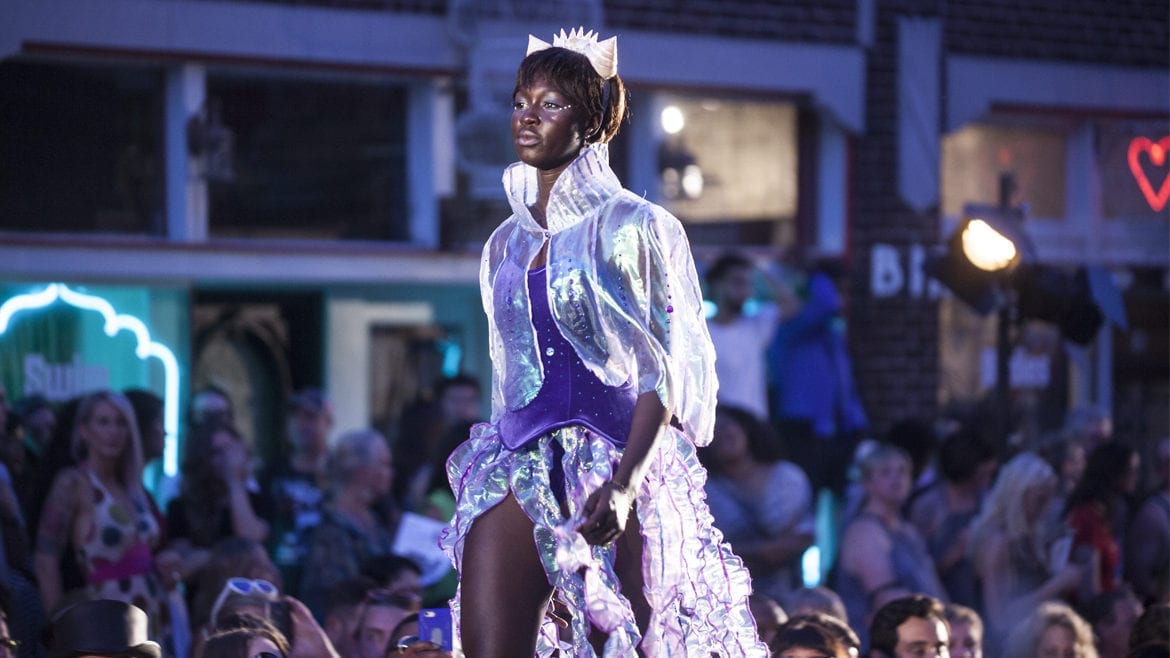 This Saturday's West 18th Street Fashion Show was a scorcher. And it was hot outside. (Video: Brad Austin | Flatland)
Share this story

Make no mistake, the West 18th Street Fashion Show has become a big deal. The show began in 2000 with little more than a few folding chairs in the street. Sixteen years later, “West 18th Street” has become a big thing. Though the show retains a DIY sensibility, it’s become a major undertaking and big event on the city’s social calendar. There’s a live band. There’s a runway that covers a whole city block. They’ve got goodie bags for anyone who buys a VIP ticket. And, oh yeah, they’ve got fashion. Saturday night, hundreds gathered, sitting or standing despite the oppressive June heat, to see some of KC’s best young designers.

The designers, though, were the stars. The theme this year was Wild Summer, and the designers took it to heart. Avery Dennison’s aggressively bold, colored prints were a highlight. As were Paige Beltowski’s flowing, textured tunics. Tabbetha McCale Evans resurrected the ghost of Madonna, putting her models in poofy skirts, big hair bows and wraith-like makeup that miraculously didn’t sweat away.

Body positivity was a theme among the models, with all different sizes, shapes, colors and genders on the catwalk. There were tattoos and piercings aplenty, too. If the crowd was a little thinner than years past, you can blame it on the heat. Make no mistake, the weather was scorching. It was almost as hot as the fashion on stage.

This story has been updated.

—Hampton Stevens covers the arts and entertainment for local and national publications. Follow him on Twitter @HamptonStevens.