‘Religious Freedom’ Amendment a Shield Not a Sword, Says Proponent 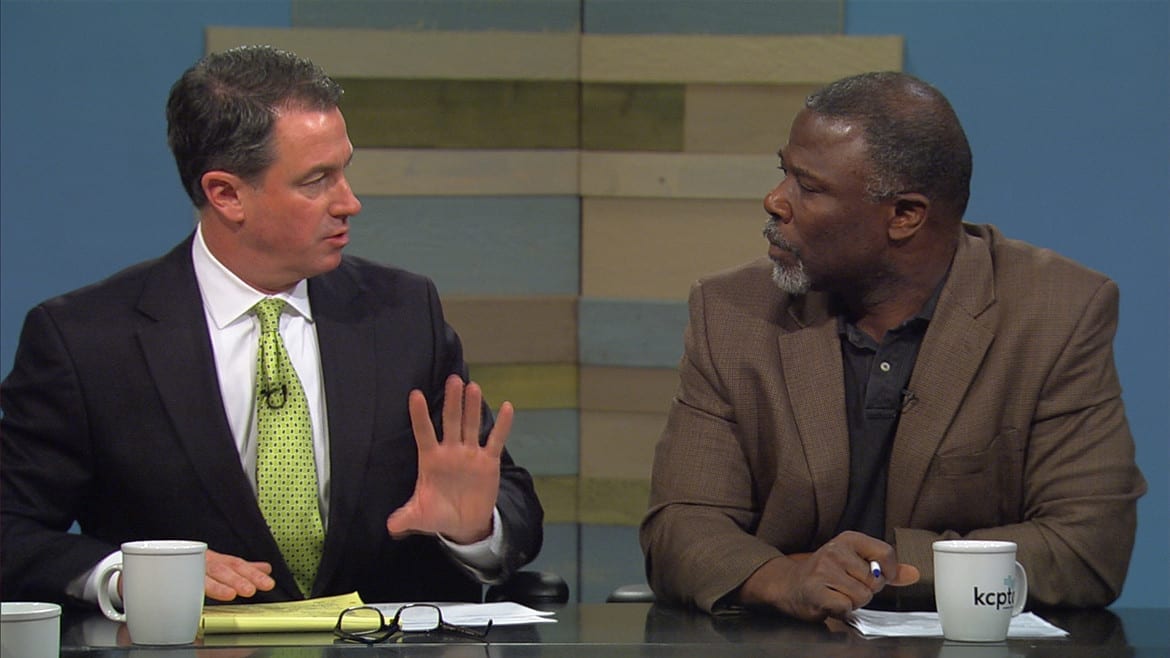 The amendment to the Missouri Constitution (pdf) would give protection from lawsuits to churches, clergy or anyone who provides a wedding-related service to the public, but wants to refuse that service to gays and lesbians — for example if they were seeking cakes or flowers for their wedding ceremonies.

“This is the same argument used in 1964 after passage of the Civil Rights Act,” says attorney Pat McInerney, a “Ruckus” regular. In other words, religious objections were immediately raised to laws requiring racial integration, but were eventually thrown out by the courts. In one celebrated case, the Court upheld a change of IRS status for Bob Jones University, penalizing the school for racial discrimination, despite its claim to be acting in line with its founding religious beliefs.

“I understand [that] criticism of the bill, but it think it’s misplaced,” says Don Hinkle, public policy advisor for the Missouri Baptist Convention (MBC), which represents 2,000 churches and about 600,000 Southern Baptists in the state. “It’s not like Indiana, Arkansas, Arizona — the Missouri bill is very unique. It does not discriminate.

“Everything else that is said about it is pure demagoguery.”

Peeples continues, as a pastor “nobody is going to make me marry people of the same gender,” because the law already protects churches from doing anything that runs contrary to their faith. No woman, for example, can sue to become a Catholic priest, Peeples says.

As for the cakes and flowers and hotel rooms, same sex couples can certainly go around the corner and seek other providers in more populous areas, Peeples suggests, but a rural town may have only one provider of each wedding service, and a bakery that won’t create a cake with two miniature brides or grooms on top might cause a hardship.

“There are always choices — there will always be choices,” MBC’s Hinkle counters. “I really don’t know what a hypothetical has to do with this.”

“One of the things about the bill that’s unique about it — very unique — and sets the Missouri bill apart from any others is the fact that it’s going to the people. It’s not asking the legislature. I’ve told the lawmakers I don’t care what you think about it.

“The only question that a lawmaker gets to answer is letting the people vote.”

Opponents of the amendment hope if it gets to that, people might vote their pocketbooks. “Dow, Monsanto, Disney,” Peeples runs down the list, “the NCAA…” — all have spoken up about boycotting Missouri or moving business away if the amendment is voted in. The cost to the state could run north of $50 million dollars annually, according to to the Kansas City Sports Commission.

“Indiana lost tens of millions of dollars. It’s a real thing” Peeples says. “When you have Chambers of Commerce, which are not necessarily bleeding heart groups, protesting …. Speaking frankly, that’s what will speak the loudest.”

But focusing on the economic impact of the amendment misses the point, “Ruckus” panelist McInerney insists. “It’s a moral issue,” he says. “We’re talking about something that has its roots in our [Federal] Constitution. The Constitution forbids it; morality forbids it.”

Hinkle’s not buying the morality argument. And he wants to put something else on the record: “Southern Baptists love LGBT people,” he says. “We hold absolutely no animosity toward them and we are aware they feel that we do. The reality is we do not. We love them, and we want what’s best for them. They are welcome in our churches.

“Obviously we do not agree with the lifestyle they are living, even as we disagree and engage on that subject, there is no reason we should not love one another and be civil to one another. I would urge all Christians to take that position — if they are not, they themselves are living in sin.”

Where does the bill stand today?

The Missouri Senate has approved it, and it awaits action in the House. If approved there, the question goes to the people in November.