How Do Real Estate and Art Overlap?

Kim Weinberger Answers That Question In The Crossroads 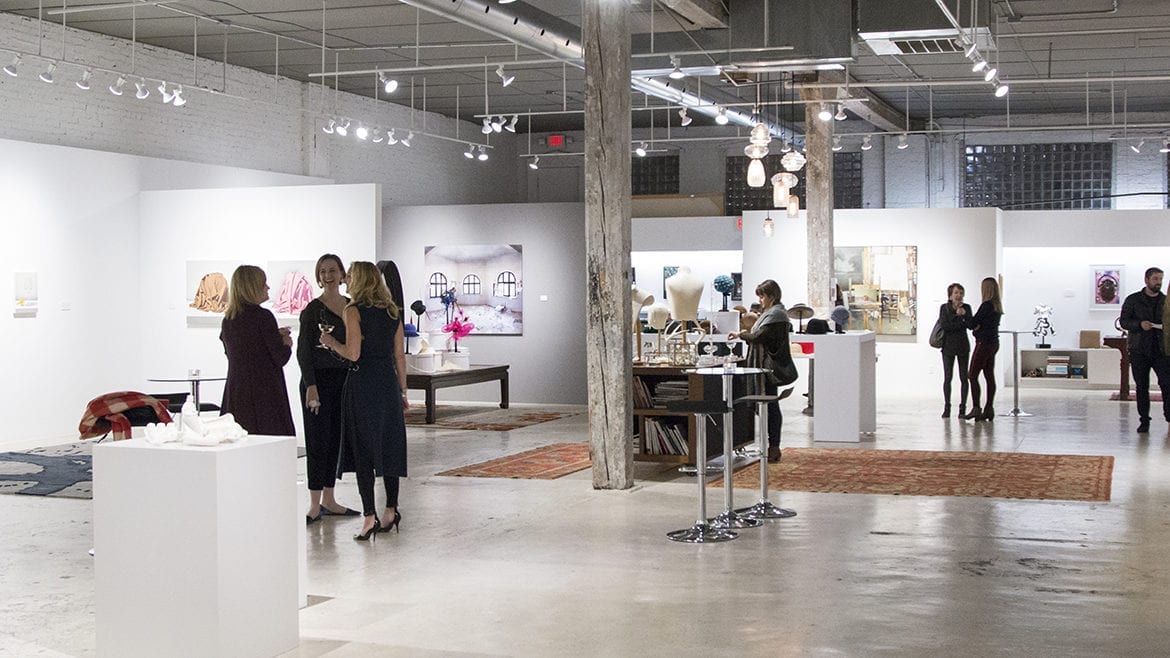 Despite the popularity of Kansas City’s gallery-saturated Crossroads Arts District and its First Fridays mania, the cultural hub retains some of its image as a starving artists colony.

Kim Weinberger, owner of Weinberger Fine Art, is challenging that perception with a business model that is decidedly unromantic, though what came before has the underpinnings of a good novel. Her unconventionality has even led her to take a radical approach to one of the Crossroads’ marquee events, and to take a risk on a struggling, out-of-state artist.

The story begins with the Great Recession. Once a successful real estate broker and restaurateur, Weinberger sensed trouble in the market as early as 2006 and began pulling up stakes, scouting for opportunities that were more secure.

She found just the opposite. “It’s really scary to go from a viable business with the big house and you lose it all. To nothing,” she said at one of the back tables at Westport’s Cucina Della Ragazza.

For months she sold personal belongings, unable to find a foothold. Some of her sons contributed money from their after-school jobs.

She’d long had an interest in art, mostly collecting, so she was profoundly grateful when Sandy Kemper asked her to help with The Collector’s Fund, an art-ownership and investment fund for collectors of midcentury, museum-quality art.

“It was like Zeus pulled me out of the water,” she said. “I learned so much from that, and it was a great experience.”

As the recession wore on, she lost her position at the fund.

But her interest in art and her background in real estate inspired an idea. Both industries were about buying and selling high-value items. And each also worked best with a go-between.

“When you’re in the real estate business, you market yourself or the property,” Weinberger explained. “In the art business, I’m marketing my company and my artists. It’s always about relationships. It all is the same; it’s just a different commodity. It’s something that’s really clear; it doesn’t have to be romantic.”

So, in 2010, Weinberger opened her gallery, debuting with a solo show by world-renowned painter Hunt Slonem and dismissing other people’s doubts about the wisdom of such a move amidst worldwide economic turmoil.

Because of an insight she’d gained through her time with Kemper — that the most ardent art collectors were not the people most dramatically affected by the recession — she was convinced there was still a market for museum-quality art. So, she’d provide it. 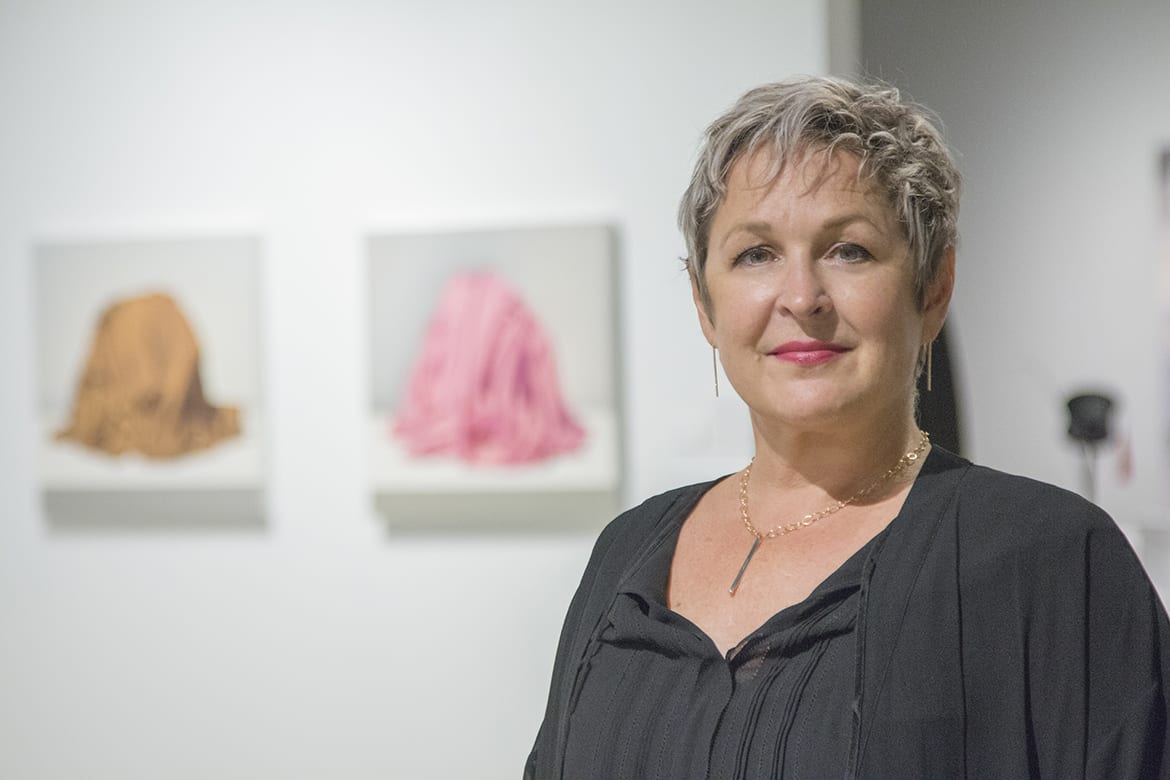 Today, she boasts two full-time employees — with paid vacation — and also recently leased an additional 3,200 square feet nearby. She has also taken the unusual step, for a gallery that is, to earn certification through the city as a woman-owned business, which qualifies her for special carve-outs in city projects.

Weinberger has learned that, while many people have the money and interest to collect art, they don’t necessarily know how to begin; they want an invitation of sorts. So, she and her employees, Jori Cheville and Courtney Wasson, strive to open the world of art to those who see themselves as outsiders.

Courting this clientele is one way Weinberger differentiates herself from her peers: She survives on art sales alone, rather than relying on other income streams, such as renting space or grants.

The typical approach, Wasson said, is to put up an exhibition and hope a collector comes in and buys the work. With Weinberger, she said, the conversation is more about: How do you get the collectors there? How do you build a new base? What is exciting, and what’s fun and fresh?

“I’ve had it thrown at me that in Kansas City there’s a thin strata of the educated art collector, which is true — the people who are identified art collectors, who have the ability to have a deep collection,” she said. “That’s a very narrow strata, and they’re always being vied for.” 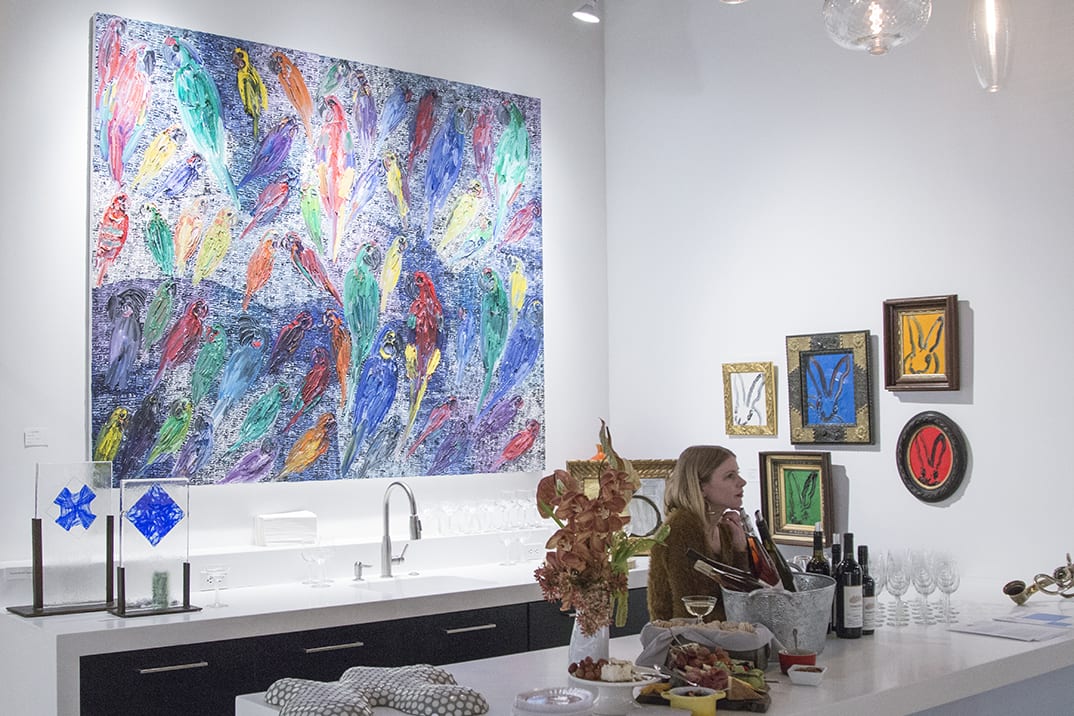 Wasson cited a recent conversation with a doctor who was interested in beginning a collection. He apologized for knowing nothing about art. She replied, “I would hope that if I had a question about surgery and asked, you wouldn’t look down on me.” He said he would not. She answered, “Same here!”

Someone who is not as comfortable going against the grain might also not have seen the potential in Oklahoma City painter Ruth Borum-Loveland, whom Weinberger met through a mutual acquaintance.

Weinberger loved the thousands of concentric circles in Borum-Loveland’s pieces, which almost appear to be mosaics. Borum-Loveland thinks of the acrylics as meditative.

Weinberger was moving the paintings with enough regularity — nearly three dozen to date either bought or ready to be sold — that she asked Borum-Loveland if she could send them more frequently.

That’s when the artist’s story emerged. She was working retail and was the sole breadwinner of her family. Her husband was fighting stage 4 Burkitt’s lymphoma, and her son was a preschooler.

Borum-Loveland had been painting in her car during her lunch breaks.

“How can I make your life easier?” Weinberger asked 18 months ago, unwilling to allow the grim situation to continue and the talent to fall short of potential. The two struck a deal, and the painter quit her day job.

Once the artist had a proper amount of time — and light — to turn out more work at a higher quality, Weinberger tapered off the supplemental checks because the paintings were sustaining Borum-Loveland.

“Kim really has been my fairy godmother,” Borum-Loveland said. “She helped me shed an extraordinarily hard time in my life and has given me the support I needed to get on the trajectory that I have always wanted.”

Weinberger and her team wage other battles against the status quo as well, and that’s where they have swum against the tide regarding one of the most popular Crossroads events.

For years, they participated in First Fridays, which functions as a monthly open house for galleries and draws crowds into the thousands. Typically, galleries offer beverages and light snacks. 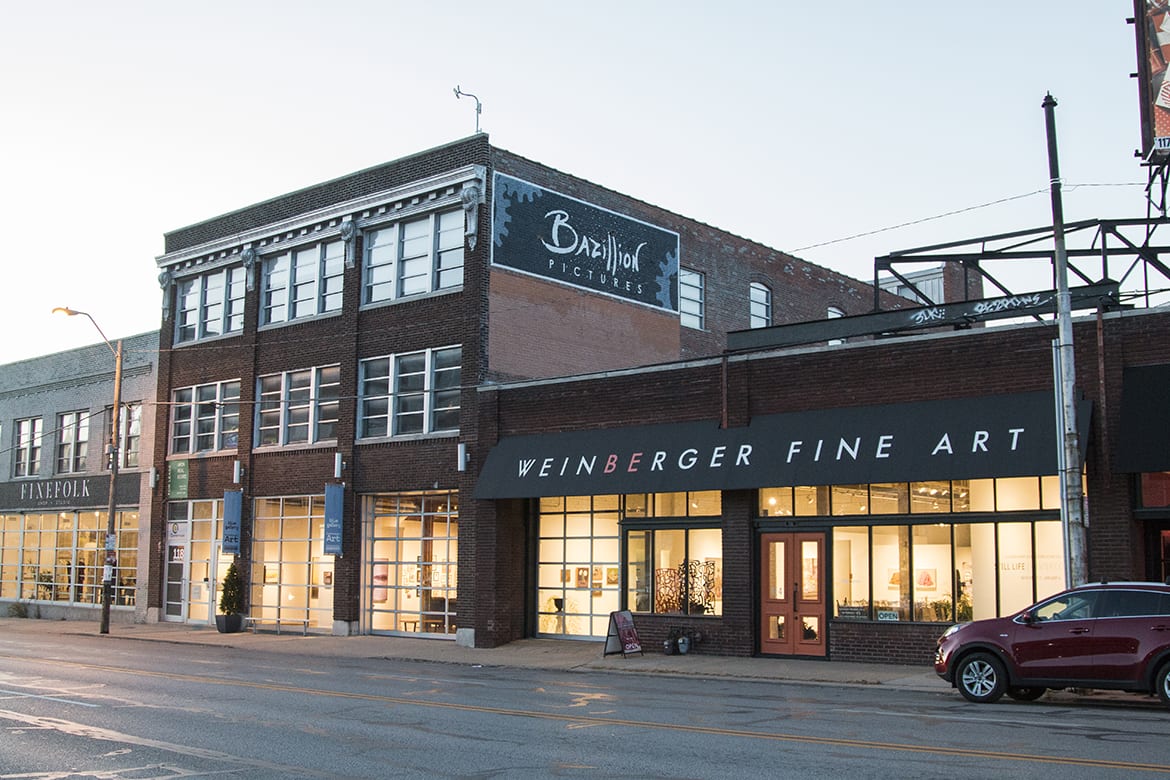 Weinberger and Wasson love that people flood the area in the name of art, but they dislike the fact that it has has devolved into cheap entertainment rather than a way for galleries to sell art.

Wasson recalled a conversation with a visitor who was friends with one of the artists they were showing.

She asked the woman if she was interested in any of the pieces or would like to see their catalog. The woman waved Wasson off and said, “No, I’m just here supporting the artist.” Which blew Wasson’s mind.

“We’ve developed a culture of entitlement that this gallery is supposed to be open for us; however, my art support does not mean dollars, it just means I came and saw it. It was disposable entertainment,” Wasson said.

In reaction to that, Wasson urged Weinberger to stop participating in First Fridays almost two years ago.

After some resistance and a look at the not-so-profitable First Fridays sales record, Weinberger began closing the gallery on those nights except to patrons and those who buy a monthly membership.

Now, the gallery sells between one and three pieces every First Friday and accepts only 50-100 visitors on those evenings. The significance of the smaller crowds is the increased engagement Weinberger, Wasson and Cheville enjoy with each person.

“I need to see people and have relationships — that’s what I’m good at, that’s what I enjoy, and that’s what’s going to give me joy,” Weinberger said.

The first show will feature LA sculpture artist Jesse Small, who is also designing pieces that will adorn “sculpture alley” behind the new showroom. A kitchen will help the team host full dinner events.

“There are still the niceties of how you welcome people into your space,” Weinberger said, “and how you have a conversation, and how you sit down with a glass of wine or a cup of tea, or create a dinner in your space and have the artist and the patron and the curator all sitting there and engaging.”

Correction: This story has been revised to better reflect the help provided by Weinberger’s sons.