Above image credit: "If I plan to be part of this city, I want the city to feel like home. And if I can't live in a place and I can't feel like I'm at home, if the Asian community is being erased like that," said Jackie Nguyen, owner of Cafe Cà Phê. (Contributed)
Sponsor Message Become a Flatland sponsor

Jackie Nguyen, owner of Cafe Cà Phê, is using her voice to care for her community.

This Sunday, she’s hosting a vigil outside of her mobile cafe in honor of the people who died in the Atlanta shooting and all those impacted by the rise in hate crimes. It’s also a way to help the Asian, Asian American and Pacific Islander community come together and heal.

In an interview last August, Nguyen said she wanted to be part of a grassroots movement to build more visibility for the Asian American and Pacific Islander community.

“I’m trying to build roots for a family who had to (rebuild in the U.S.),” she said in August. She’s inspired by her mother, a refugee from Vietnam, and what she taught her.

Now she’s taking the lead and curated what she calls a safe space for her AAPI friends, neighbors and residents in Kansas City.

This interview has been edited for length and clarity.

Flatland: Tell me a little bit about what’s been going on for you this past week. Can you walk me through that?

Jackie Nguyen: Ever since the shootings it’s been, I mean, (a) hell of a whirlwind for our coffee shop and for me personally.

I mean, the entire pandemic has been a difficult period for everyone as a whole, but then you add on the layer of the extra racism that’s been happening. When the shootings happened, it just kind of … escalated a lot. And I felt really … insecure. I felt really uncomfortable. Not because of anything specific to Kansas City, but just like the, the state of our country made me feel uneasy.

F: Yeah, I remember when we last spoke and you were talking about opening this cafe and how excited you were and how much it meant to you to do something like this for the Asian community. Can you talk about what you’re doing on Sunday?

JN: We want to hold space for anyone who needs a safe space to grieve and to process. It was actually a customer’s idea, a regular customer of ours who is Vietnamese American. She moved here not too long ago, but she found that there was not a big Asian community. And so she was really excited to see that my coffee shop was opening and she came in to support us a few days ago just to check on us, making sure that we’re OK and that we were safe. And she just called me and asked me, ‘You know, do you know if there’s going to be anything in town to honor the lives?’

I’m glad she called me and asked me. I saw on different people’s feeds like in Chicago and Chinatown in San Diego and in New York where there’s like a huge population of Asian people and Asian communities. There were different protests and rallies and different gatherings.

So we combined ideas to create a vigil.

F: Can you kind of describe to me the feelings that you have and what you’re looking forward to on Sunday? I know that’s hard to put into words.

JN: A lot of people have asked me, ‘How can I help?’ And sometimes I feel … at a loss to tell people how to help, because sometimes I don’t really even know how to help myself, if that makes sense.

I don’t really know. It’s, it’s a confusing time. When there are mass shootings it’s so … it rocks your world. And especially when it happens to your community. And I think that having a physical presence of people, even if we’re all just standing there in silence, I think that’s more powerful than sharing a social media post.

So having some people, you know, show up and just stand and take space up on the, the actual ground and the earth being able to say, like, I’m standing here supporting your community and supporting what you stand for. And we see you, we hear you, we support you.

That alone I think is just so necessary to the healing process.

My overall feeling is overwhelmed. I get very, very overwhelmed by the graciousness and the kindness of the Kansas City community. Because the only other community I truly have been part of is the Broadway community. And that’s very different.

This community though, it feels more, um, I dunno, tangible, I guess, because it’s the actual city. It’s the citizens, it’s the people, the neighbors, the families that make up the community. I feel like it’s my family.

F: What do you want our community to know?

JN: Specifically with Kansas City, an Asian and an Asian American community exists. From the feedback that I’ve gotten from a lot of Asian and Asian Americans, they have felt less important in this community, which is really sad.

It’s not anyone’s fault though. I think that, um, the city being quite large, the population and the communities are so spread out, there’s not really a physical space for the Asian American community to kind of gravitate to. And that’s what my coffee shop has acted as, which I’m very proud of and really excited for. That also exposed that there was not really much to offer in the city in the first place other than, you know, um, restaurants that other people can frequent. But there needs to be more than that, right.

There needs to be either a community center or … some type of centralized organization. I know that it’s been lacking. Kansas City doesn’t have a huge population of Asian or Asian American communities, but that doesn’t mean that it doesn’t exist. And I think that if maybe we can work together to amplify the types of organizations that are out there, I think if the community kind of knew that, that the Asian population of Kansas City was hungry for this, I think there would be more action.

F: Do you think more needs to be done?

JN: Oh yeah, definitely. Unfortunately, it took a really tragic event to highlight the discrepancies in our community. There’s so much work to be done for all of the communities within Kansas City, like the Black community, LGBTQ plus community, you know, trans non-binary, so many communities need help and support. It takes education, it takes patience, but it also takes action.

Like, you know, um, I’m happy to hold a vigil tomorrow. Um, I’m also, uh, quite honestly surprised and a little disappointed that I was the one that had to create something. I wish that the city or, or some, I don’t know, higher voice or power that could have led the way so that I could just attend.

I’m happy to do so, but again, like, it shouldn’t take a coffee shop to create a community event, but that’s OK. This just will be a starting point for the community to build off of. I hope.

My mom really raised me to be myself, raised me to have an opinion and a voice and not to let anything bring me down. I’m willing to do that because I feel very called to (it), but at the same time, it’s not for me, it’s for my family. It’s for my, my Asian friends, like, you know, who might feel scared to do it. Someone’s got to do it.

JN: To those who are just finding their voice, first of all, congratulate yourself for even wanting to do that. Having the bravery and the courage to find your voice and to speak up is very difficult. It’s not easy. And so do not rush into that. Do not feel the need to just because maybe everyone else is, if you’re not ready.

If you feel the need to, and you feel like you are ready and that you need a little push, I would say, um, first of all, welcome. And also, second of all, I am with you and I stand with you and there’s a lot of fear that comes with that. But the most important thing is to remember that, you know, that is your authentic voice. And what you are trying to do is you’re trying to make real change.

You’re trying to make a real impact. And a lot of people in the past, people in history, they were scared too. So I think fear is natural. And I think fear helps with being able to be courageous. Um, and I don’t, I hope that people don’t see fear as being a weakness, because I think in order for you to overcome your fear and in order for you to be courageous, you need the fear to get you there. And so I hope people are taking their time and doing it on their own accord and when they feel appropriate.

JN: I just hope that Kansas city knows from my point of view, our experience has been beautiful here as a coffee shop. I do want to bring attention to the youth of Kansas City, especially if they’re Asian American, that there is a space here for us. If we have to build it ourselves, we will. And that’s OK. That’s how things happen, you know? So I want to encourage like any of the younger generations, the Gen Z are especially, um, who are aching for space to be the creators. They are allowed to create space for themselves. And sometimes you can’t wait for it to be made. You have to do it yourself. That’s what I’m learning. 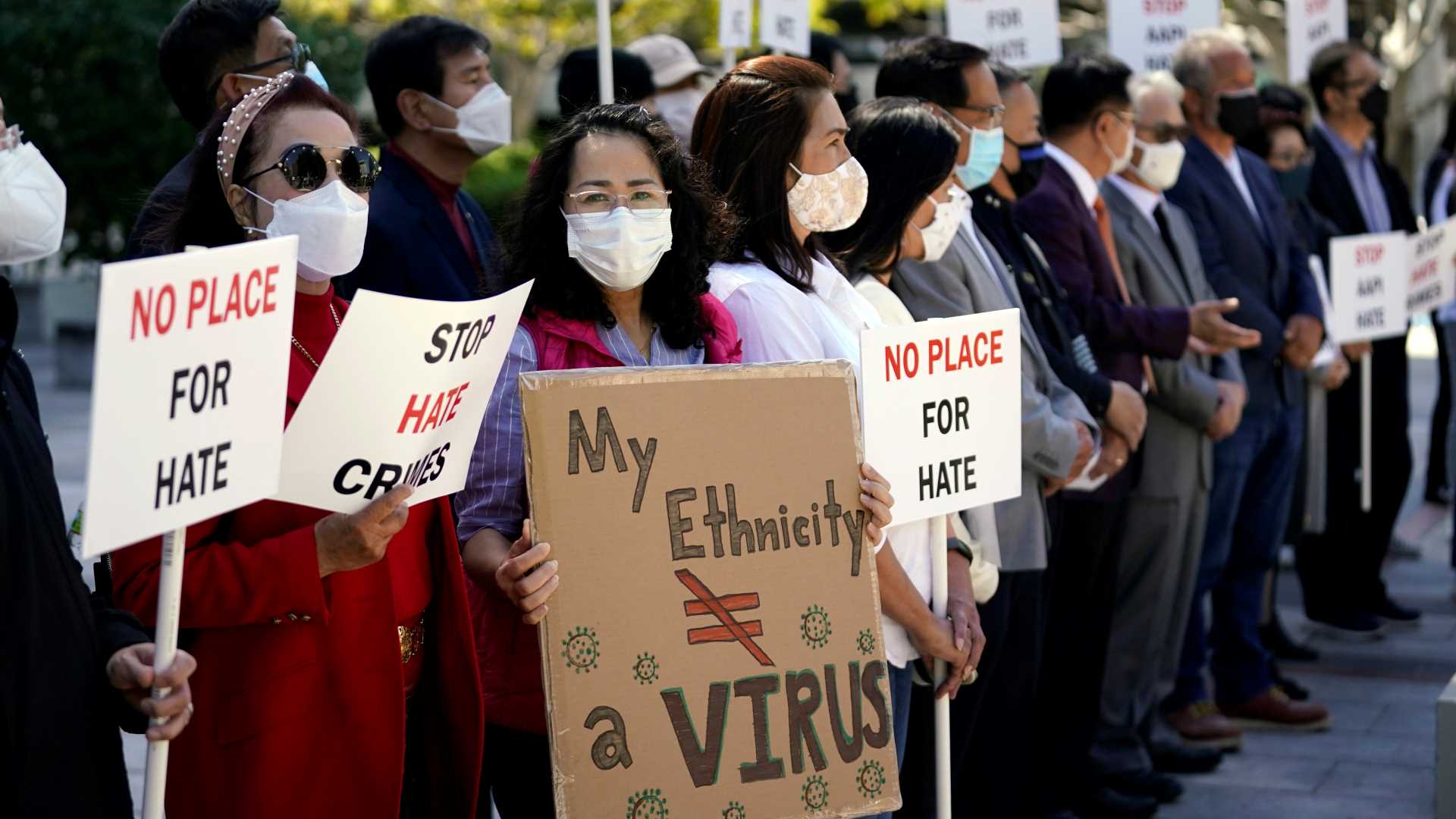