A Turkey in Good Faith 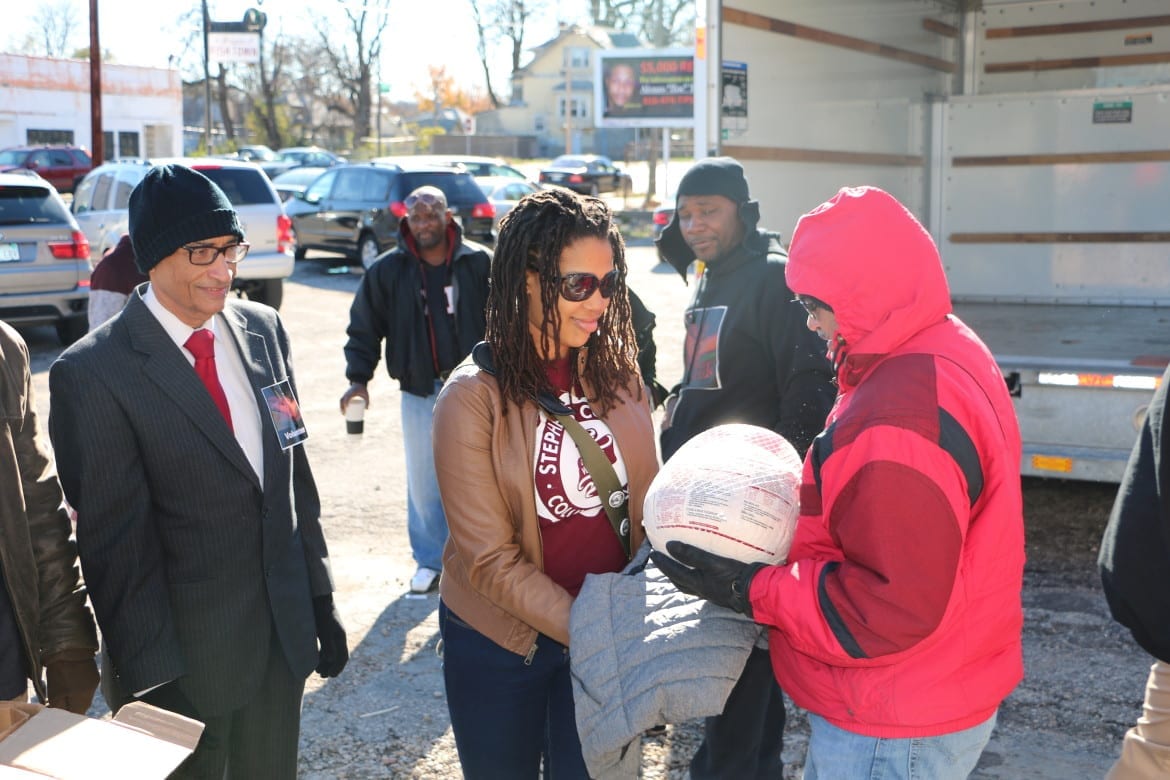 Ahsan Latif, a devout Muslim from Lawrence, Kansas, understands people’s misconceptions about Muslims. He also understands how events like the Paris shootings can paint his faith in a negative light for anyone watching the disturbing images on television.

“Most people have never even met a Muslim,” Latif said.

On a recent Saturday morning, Latif is standing at the Emmanuel Community Center on Prospect Avenue with other members of Crescent Peace, a grassroots organization made up of Muslim families in the Kansas City area.

“Every time something like that happens, it reinforces a false image or opinion on people who aren’t familiar with Islam or the Muslim community,” Latif said. “That is why it is so important to get out there and do good things for the community. It is to remind people that this is who we really are, and this is what Islam truly stands for.”

Founded by Dr. Iftekhar Ahmed, a neurologist at the Research Medical Center, Crescent Peace has distributed Thanksgiving turkeys to needy families for the past four years. Ahmed said each year the number of turkeys has increased. The first year the group distributed fewer than ten. This year they were expecting to distribute close to 500 turkeys.

“We want to show that a big part of being a Muslim and Islam is doing charity work,” Latif said. “Where some people feel that Muslims don’t do a good job affecting the community in a positive way, that is our main goal, that is what we want to do.”

“We don’t really put a whole lot of emphasis that this is Muslim led,” said Sulaiman Salaam, a Kansas City imam at Al Haqq Islamic Center, who also serves as director of Project Neighborly Needs. “We just want to be good Muslims in the community, doing good work for the community. That is what this is really all about.”

In addition to the turkeys, families received winter clothing and blankets, free books donated by the public library, and health screenings and blood pressure checks. Project Neighborly Needs is celebrating its 14th event this year.

“We just want to be good Muslims in the community, doing good work for the community. That is what this is really all about.” — Sulaiman Salaam, a Kansas City imam at Al Haqq Islamic Center and Project Neighborly Needs director

Standing inside the busy Emmanuel Community Center on Saturday, Salaam hands out directions and answers questions from volunteers, directing the show. But he said this idea came to him in a quiet moment. He was reading the Quran.

“I was reading how some people claim to be followers of God,” Salaam said. “And they do acts of worship, but it is mostly to be seen by other people. While they worship in public they neglect to give to the poor, they neglect their neighbor’s needs. When I read that, I thought, ‘I’ve got to do something.’”

Since then, Salaam has worked for years with the Muslim organizations and with Christian and Jewish charities to have a positive impact on the community and people in need, and also to continue interfaith dialogue. It is, he said, “to come to a greater understanding about what binds us, not what pulls us apart.”

“We all serve the same God,” Salaam said. “If we could just get people to understand that. One God, one human race.”

For Latif, he hopes that making a positive impact on the community will serve as a means to counter the negative feelings that violence and extremism can bring to perceptions of Islam.