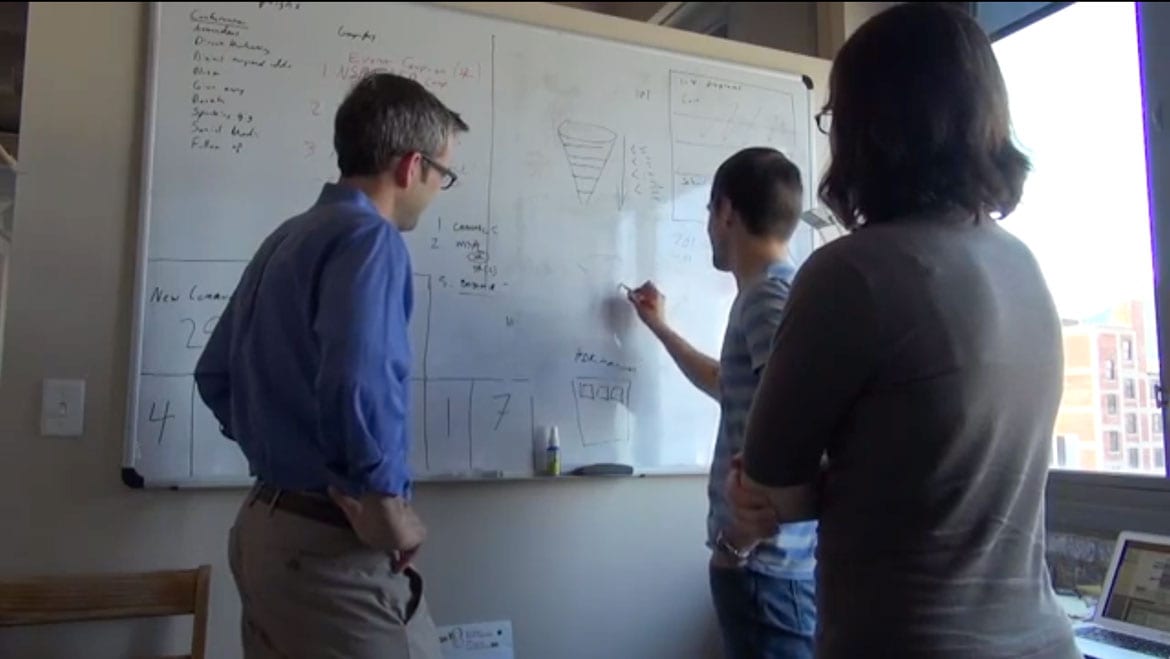 Chances are you’ve updated your Facebook status in the last 24 hours, but when was the last time you “shared” anything or checked in with your local school district and fellow parents?

Well, at the KC office of the midwestern startup MindMixer they’re putting their heads together with two local school districts in hopes of enticing you and your fellow community members to start talking about education. The idea is simple: connect community members online, share ideas, build consensus, and implement positive change offline.

Stephen Hardy is the Chief Community Builder at MindMixer, a tech company started two years ago by city planners that realized a critical communication gap between citizens and institutions.

“50% of Americans have never been to a public meeting in their life,” Hardy said. “Compare with the at least 90% of folks that at least have texting capabilities on their phones. We need to be going to where people are. We need to be asking them questions that matter and we need to be allowing them to contribute to the places where they live as easily and as productively as we can.”

PR manager for Kansas City Public Schools André Riley is the first to admit that the district’s communication tools tend to talk at rather than with the community.

Last fall MindMixer showed Riley how it has created websites for districts across the country that use social media and engagement tactics to get community members involved.

“This gives us a way to honestly hear from folks and hear robust thoughts,” Riley said. “Not just I like what you did or I like the picture, but ‘I think Montessori Middle Schools would be a good idea because…’ and they can elaborate so it gives that great tool where we can have real conversations.”

Beyond the ability for parents to interact with one another, the site hopes to break down bureaucratic barriers and connect community members with those who will actually implement change.

“So you’re not always talking with the PR director or just ‘the district’ as an abstract term,” Riley said. “You’re speaking with the director of special education, when you have a question about special education. You’re talking to the director of early childhood, when you have early childhood questions. So you’re really speaking to folks who can make a difference, and that’s what makes this platform valuable. You’re no longer talking to the ‘big bad district’ or whatever people perceive. I’m talking to a person.”

Hardy acknowledges the risk involved for institutions that use MindMixer.

“It’s not an easy thing for a school district that’s having problems to open up and ask the community honestly for feedback and Kansas City Public Schools deserves to be complimented for that work,” Hardy said. “And as a community we need to meet them halfway to provide answers and suggestions where we can, and help make sure those things get implemented.”

Since the site launched in April 2013, 47 ideas have been shared on the forum. The most popular involves creating a Montessori Middle School. The district also regularly posts its own questions ranging from what traits should a new principal have to looking for ways to get computers into the homes of less affluent students.

So far many of the ideas share have been or are being reviewed by the district. Hardy says that it’s a little early to expect implementation or action on these ideas. KCPT will be checking back in with their efforts in the fall.