The first bill sent to Gov. Mike Parson from this year’s legislative session includes a pay raise for state employees, money to fund Medicaid through the end of the fiscal year and federal COVID-19 recovery funding for schools.

The Missouri House on Thursday voted 133-12 to pass the $4.6 billion supplemental spending bill approved Wednesday evening in the state Senate. Lawmakers missed the Feb. 1 target set by Parson for enacting the pay raises but acted in time to prevent the state from losing $1.9 billion in federal education funding.

The governor signed the bill soon after it reached his desk.

School superintendents and other education lobbying groups have been pressuring lawmakers to pass the bill before the March 24 deadline, state Rep. Peter Merideth, D-St. Louis, noted.

A short time later, the House GOP majority showed it is only grudgingly paying the state’s Medicaid bill, increased due to Medicaid expansion to include adults from 19 to 64.

By a 95-45 vote, the House sent a proposed constitutional amendment to the Senate that allows lawmakers to set eligibility for coverage in appropriation bills and to require anyone in the expansion group to work at least 80 hours a month.

The House accepted all the Senate changes made to the supplemental appropriation bill. While the House version pared back Parson’s plan for a $15 an hour minimum pay for state jobs to $12 for most work and $15 an hour for “direct care” positions, the Senate version restored the funding but is silent on the base wage.

That satisfies House Republicans who didn’t want the state to set its base rate above the minimum wage for private employers, currently $11.15 an hour and set to increase to $12 an hour on Jan. 1.

“It is not my intention that state government should place the state workforce at an unfair advantage over private employers,” said Budget Chairman Cody Smith, R-Carthage.

It also satisfies supporters of Parson’s plan, because it provides all the money he sought and leaves the decision on wage rates to the executive branch.

“Even with the epic dysfunction on the other side of this building, common sense succeeds sometimes better over there than over here,” Meredith said.

The brief debate took no notice of the zero-dollar funding line included in the Senate in an effort to block Planned Parenthood from providing reproductive health services for Medicaid clients. That line is intended to generate a court case testing the power of the legislature to determine Medicaid providers, supporters said during the Senate debate.

In a statement Thursday afternoon, Planned Parenthood said it would be exploring all of its options to ensure Missouri affiliates can continue to provide services to Medicaid recipients.

“To every Medicaid patient in Missouri: Nothing changes. Planned Parenthood’s doors are open, and we will care for you regardless of your ability to pay,” said Yamelsie Rodríguez, president and CEO of Planned Parenthood of the St. Louis Region and Southwest Missouri.  “To Gov. Parson: Your next move could land you in court. Again.”

Other changes made by the Senate include holding back some of the education funds, set aside under federal law for use by the Department of Elementary and Secondary Education, including a plan for grants of up to $1,500 to families to purchase enrichment and tutoring services.

Opponents of the proposed constitutional amendment targeting Medicaid expansion, sponsored by Smith, said allowing lawmakers to stop health care coverage for thousands of Missourians by refusing to fund expansion would destabilize the health care system. They also raised concerns that the work requirement would be difficult to manage and enforced too harshly by an understaffed Department of Social Services.

The proposal is a backlash to the Missouri Supreme Court ordering the state last year to carry out voter-approved Medicaid expansion after state lawmakers refused to fund it.

Rep. Dirk Deaton, R-Noel, said lawmakers have to defend their authority over “the power of the purse” after last year’s court ruling.

“It’s Medicaid expansion today,” Deaton said, “but what will it be tomorrow?”

Under expanded eligibility, a single person can earn up to $18,754 a year, or about 32 hours a week at the current minimum wage, and remain eligible. For a household of three, the limit is $31,781 per year, or what a person working full time would earn at $15.29 per hour.

Rep. Maggie Nurrenbern, D-Kansas City, said the changes would destabilize the state’s Medicaid program and “punish our most vulnerable.”

After less than a year, the Arkansas policy was blocked by a federal court, and approximately 18,000 people lost health care during its implementation.

And in a tight job market, Rep. Shane Roden, R-Cedar Hill, said, it should not be difficult to find work.

“We have plenty of jobs in the state of Missouri if people want one,” he said.

“The voters of Missouri and the courts have spoken and they should not have to fight this battle again,” Kalmer said.

Earlier in the week, the House also sent to the Senate GOP priority bills that would bar government agencies, like school districts, from requiring a COVID-19 vaccine and stipulate accommodations must be made to religious objections against getting one.

A slew of business associations had opposed the bills during a House Judiciary Committee hearing last month, making clear they’re against government mandates — regardless of whether they would require or prohibit a COVID-19 vaccine.

“The point of this bill is about the danger of concentrating power in government,” said Rep. Bill Hardwick, R-Waynesville and sponsor of the bill barring the COVID-19 vaccine be required.

Another COVID-19 bill intended to support people who don’t want to get a vaccination, sponsored by Rep. David Evans, R-West Plains, would allow employees to be eligible to receive benefits if a COVID vaccine mandated by their employer was a factor in an injury, disability or death.

An amendment was added on the House floor that would prohibit health care providers from taking into account an organ donor or transplant recipient’s COVID vaccination status. 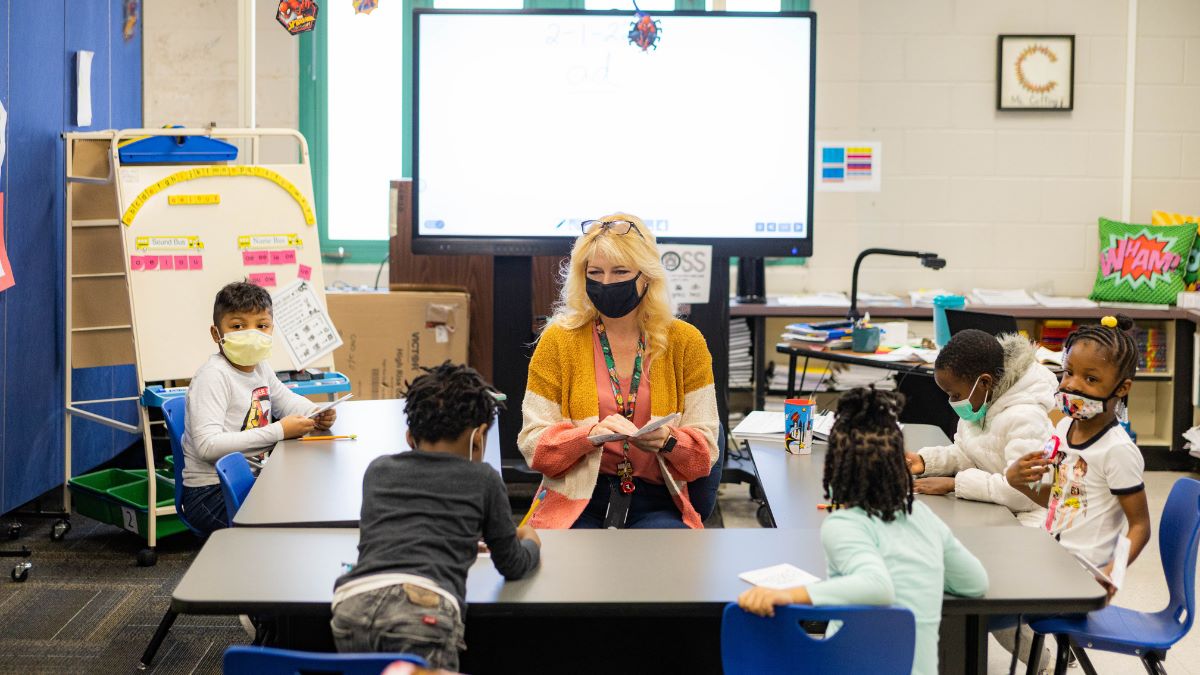 Deadline Looms for Missouri Schools to get $1.95 Billion in COVID Money Missouri legislators face a March 24 deadline to release most of the funding before it returns to the federal government.