It always seemed so far away. Now the first local ballots will be cast this week in the 2020 election.  Absentee balloting begins Tuesday in the state of Missouri.

To vote absentee in Missouri, you have to check off one of seven excuses. Notably, some of them require an official signature from a notary to confirm your story.

One of those acceptable excuses is being away from where you vote on Election Day. You can also vote absentee if illness or physical disability keeps you from the ballot box, you have a religious objection or you have contracted or at higher risk of catching COVID-19.

Medically “at-risk” is defined as being being aged 65 or older, living in a long-term care facility, having a serious heart condition, having asthma or chronic lung disease, being immunocompromised, having chronic kidney or liver disease,, or having diabetes.

Even if you don’t qualify as an absentee voter, everyone can vote by mail this year in Missouri, thanks to a temporary law change state lawmakers approved due to the pandemic.

If you requested a mail in ballot, they’ll also be sent out this week by your local election. Any Missouri voter may request a mail-in ballot, but it must be notarized before you send it back.

The Missouri Secretary of State’s office has compiled a list of notaries that will notarize ballots for free. Click here to search for one near you:  https://www.sos.mo.gov/elections/MailinNotary

If you live in Kansas, advance voting begins on Wednesday, Oct. 14. 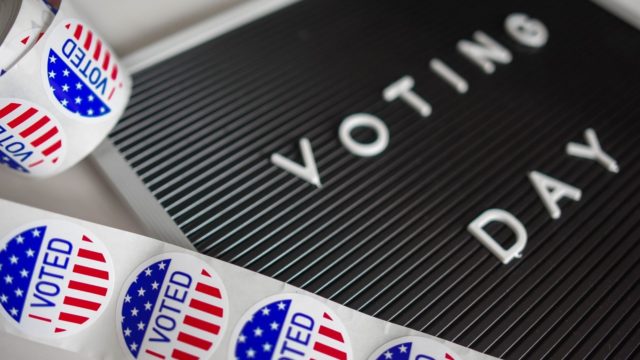 Crime will be once again a major story in Kansas City this week.

As the number of murders in Kansas City soars to 143 so far this year, Missouri Gov. Mike Parson is also scheduled to be here.

He’s planning to ceremonially sign a new bill that sets up a witness protection fund. It was one of just two bills approved by Missouri lawmakers during a mammoth two-month special session on crime that wrapped up last week.

Will the Kansas City Chiefs announce new game day protocols this week after 10 fans were asked to quarantine after their last home game?

Health officials say a fan slipped into a box seat at Arrowhead Stadium without going through safety screenings.

He tested positive for COVID-19 the next day.

Late Friday night, my wife and I got a call from my 17-year-old son telling us not to worry, but he and a friend had been waiting in line at a haunted house when gunfire erupted and everyone started running. He said was like a stampede.

The place was the Edge of Hell in the West Bottoms. Two people were shot around 10:30 p.m. as a long line waited to get in on its opening night.

Some people had already expressed concerns about the haunted houses reopening during a pandemic. But will violence force more changes to how the scare attractions operate this week?

In addition to the violence, my son said people were packed together in long lines with no social distancing and many were not wearing masks.

Ticking all the right boxes to say you have safety measures in place inside your facility doesn’t amount to much if people have already compromised their health before they get in.

This week, the Kansas City Parks Board will begin examining street names and monuments to see if they should be removed because of ties to racism and slavery.

Already being looked at is a portion of West 53rd Street near Loose Park that bears the name, Sterling Price Avenue. It honors a former Missouri governor and Confederate military leader who was defeated in the Battle of Westport.

The Parks Board is charged with a creating to plan to remove memorials and monuments on city property, “of figures that held slaves, promoted racism or participated in the oppression or dehumanization of others.”

There won’t be fast changes. The board has to report back to the City Council by March.

The Kansas City, Missouri, City Council will begin interviewing finalists for the city manager’s job this week.  The job has been filled by an acting manager since Troy Schulte resigned in December.

There are four candidates. All of them are from outside of Kansas City.

The winning candidate is expected to start in January.

Over the weekend, I got carry-out from a small barbecue restaurant we enjoy.  Even though I picked up my order just before 6 p.m., they told me I was only their third customer of the day. Ouch.

This is National Small Business Week. And I think it’s fair to say that this is probably the toughest time most small businesses have ever faced.

With no certainty of what’s going to happen next, many small stores, restaurants and bars have already closed in our metro and hundreds of others may never recover.

Can you help them out with an eat-in or take-out order this week? What about hitting a local store instead of shopping online? Your choice could be the difference between staying open and closing the doors for good.