Many Feel the Chill of Mounting Utility Bills 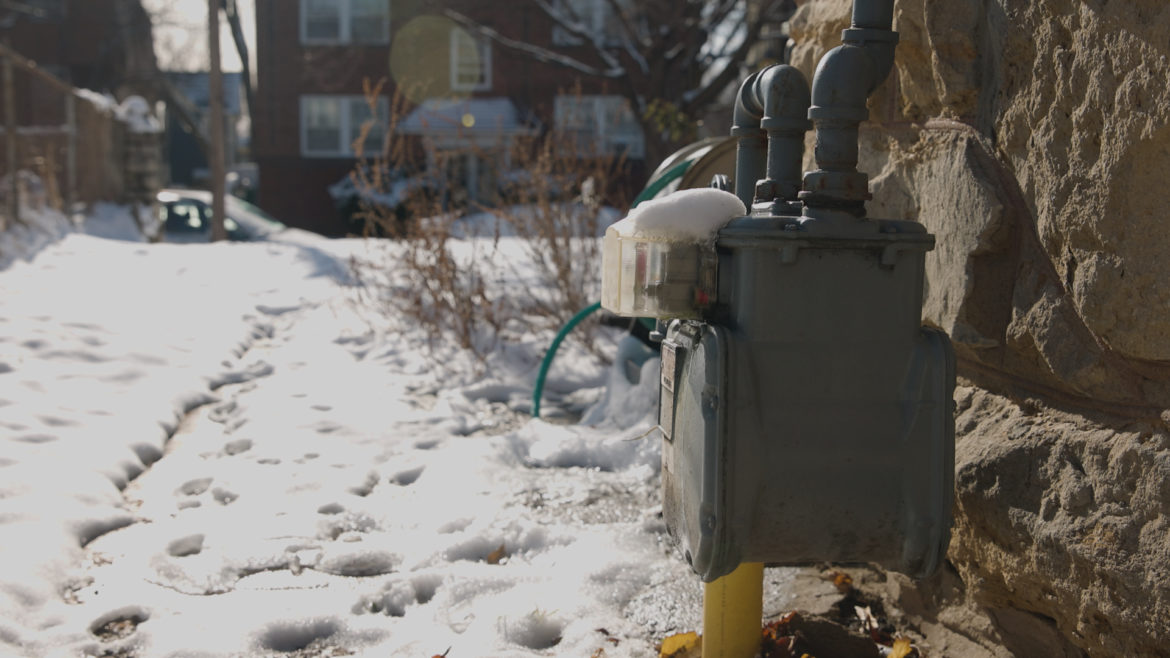 Electric and gas utility debt is expected to be more than $24 billion by the end of this year, according to the National Energy Assistance Directors’ Association. That’s three to four times what it was last year. (Cody Boston, Catherine Hoffman | Flatland)
Share this story

Samantha Mungai’s monthly expense breakdown looks like this in January:

What’s missing from the list is her electric bill, which reached $1,826.51 as she fell behind on payments.

Mungai, who formerly worked with Quest, is on disability following two knee surgeries.

“I definitely had to pick and choose which bills I could pay, which ones had payment plans and such,” she said.

She’s been on Evergy’s payment plan before. This time around she had to negotiate with a representative before writing a $700 check so Evergy wouldn’t shut her off. At the time she didn’t have the money to cover the $700 check, let alone the full amount that she owed.

“How am I supposed to just drop $2K right now?” she said. “Whenever I turn, it’s either a broken system or a company that just wants money and doesn’t care about the livelihood of people.”

With the help of donations from local nonprofits and friends, she was able to pay the remaining balance.

Her house bills fluctuate with the weather. And with three people in the home — Samantha, her 3-year-old son and her mother — utility usage varies from day to day.

The drafty windows in her 1980s townhome are covered with towels or blankets during cold snaps.

“It’s an old house,” she said of her furnace. “So it’s working overtime.”

For Mungai, the risks of utility loss are high. In addition to recovering from knee surgery, she has gone through a dicey custody and immigration battle almost two years ago. 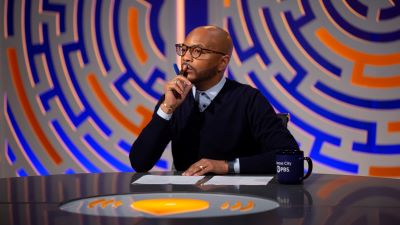 She worries about what could happen if her electricity were shut off. She frets that her son could be taken away.

“Let’s say somebody decides, ‘Oh, you don’t have electricity in your house and you have a child.’ They call CPS (child protection services) and say it’s an unsafe environment,” she added. “Then you have another problem on your hands.”

Mungai’s situation is becoming ever more common as the pandemic rages on.

Electric and gas utility debt also is expected to be more than $24 billion by the end of this year, according to the National Energy Assistance Directors’ Association. That’s three to four times what it was last year.

The Kansas Housing Corporation recently released data on how many applications have been submitted to the Kansas Emergency Rental Assistance (KERA) so far. In some nearby Kansas counties, the amount of assistance paid has been in the millions of dollars. Some of these monies go toward utility assistance.

In Kansas, almost 33,000 applicants have submitted, and nearly 13,700 have received aid. Many of the remaining applications remain in processing limbo.

Job loss, sick families, mounting hospital bills or even one missed payment can tip the scale for families like Mungai’s who are balancing every dime.

At that point, they’re forced to choose to pay for food, medicine or other necessities, unless they catch a break with a nice customer service representative or local nonprofit like Guadalupe Centers.

Case managers like her get calls from frantic residents asking for help. For some families, it’s too late. Their electricity or heat is already shut off, so Jasso’s hands are tied because some utility companies won’t offer payment plans on bills that are past due.

On top of that, the COVID virus and residual effects of the pandemic have put some folks in a spot they’ve never been before — in need of assistance.

“I literally put somebody in the system today that has never, ever had assistance and was sick for three months. And can’t go back to her kid,” Jasso said.

This woman had been hospitalized for COVID and is now on oxygen and has no clue how to navigate applications. So Jasso stepped in.

This growing group of people needs help and she wants to make sure they get it. She also wants people to find and live in homes that protect them from the elements.

“Something has to be regulated,” Jasso said. “Can you rent homes that are in such bad conditions?”

Other advocates in Kansas City are seeing this issue too.

“A lot of these families that have weatherization issues are also dependent on other … machines (like) breathing equipment, right?” said Beto Lugo-Martinez, executive director of CleanAirNow (CAW).

“If (the utility companies) turn off their power, what does that mean? Everything.”

Lugo-Martinez said he knows a family who also suffered from COVID complications and whose health worsened because of a drafty home. Their windows and door jambs are stuffed with towels.

He said issues of energy burden and utility debt are connected to a broader range of issues.

He added that not many people know about the programs available from the state and other local agencies.

“The gas industry and gas utilities have always kind of been silent on our affordability, reliability,” Weitzel said. “We really need to elevate the programs that we’re doing.”

He pointed to Spire’s assistance program, which helps with things such as weatherization, financing, upgrade rebates, payment plans and other issue-specific programs. Still, Weitzel acknowledged the burden was worsened by the pandemic.

“If you really get down to it, it’s poverty,” said David Nickel, consumer counsel for the Kansas Citizens Utility Ratepayer Board (CURB). “People (who) are in poverty sometimes live in homes that are not well insulated, that don’t have efficient equipment, appliances that could reduce their energy use.”

Nickel is responsible for the checks and balances as CURB counsel. He illustrated one example that highlights inequities: charitable donations and lobbying expenses.

“The Kansas law is fairly clear that the (utility) may discount up to 50% of charitable contributions and donations that are made by the utility (company),” Nickel said. “If something has to do with a lobbying expense, those are typically not allowed by the Kansas Corporation Commission.”

But, he added, “those issues come up fairly regularly.” This feeds into community distrust.

The youth activist organization Sunrise Movement Kansas City has pressed on such issues and has publicly asked where that money goes.

Sunrise press lead Raymond Forstater put it like this:

“What exactly are they prioritizing?”

The issues of utility debt are magnified now as pandemic-related utility shut-off moratoriums were lifted, leaving folks with the inability to pay without electricity and heat.

During December’s Climate Protection Steering Committee meeting, attendees voiced their concerns about the inaccessibility of help.

“There are some dollars available for people who can’t afford their bills at all three utilities, but we can make the administrative systems for them more user-friendly. The monies don’t always get distributed as they should be.” Kristin Riott, executive director of Bridging the Gap, wrote in the chat.

“I know many people who have been unable to access those funds, especially while they are right in the middle of a crisis,” replied Laela Zaidi, who’s the mutual aid lead with Sunrise Movement Kansas City.

The consensus was that the pot of money is there but the applications and processes are prohibitive. At times these applications take anywhere from 30 to 45 days to process. Only then does assistance come.

So, on Jan. 5, the Climate Protection Steering Committee sent Evergy a formal request to reinstate a utility shut-off moratorium.

Yesterday the @KCMO Climate Protection Steering Cmte sent a letter to @evergypower requesting they institute a utility shut-off moratorium until at least May 31, 2022 and reconnect households that have already been disconnected. @sunrisemvmtkc https://t.co/8rAB84riQp pic.twitter.com/bCj7f30iMP

Beth Pauley, who is a member of the climate committee, said the simple solution to alleviate the utility crisis is to enact a moratorium across all utilities in Kansas City.

“This deserves the same level of attention and energy it received when COVID first hit in March 2020,” Pauley wrote in the chat during the December meeting.

During a recent Climate Protection Steering Committee meeting, Pauley said an Evergy official expressed concern that some people who can pay their bills would take advantage of another utility moratorium. They also noted that customers have to receive a disconnection notice in order to apply for assistance funds.

Calls to Step Up

Folks who are at risk of losing their electricity, heat or water are more likely to be lower-income, reports show.

Studies in Kansas City and around the U.S. show another trend that Black, Indigenous and non-Black people of color such as Latinos pay higher utility costs as a percentage of income.

“Low income, African American, Latino and renters pay up to 3 times more than the average household on home energy costs,” according to a report by the American Council for an Energy-Efficient Economy (ACEEE).

In 2016, an ACEEE report outlined the need to build robust low-income energy programs. Their recommendations included:

Some grassroots organizations like Sunrise Movement want better accountability and transparency. Both Spire and Evergy are regulated investor-owned utilities. So, no other entity can provide competing gas or electric distribution in their service territory.

That’s where advocacy organizations such as CleanAir Now (CAN), Metropolitan Energy Center and the Kansas City, Missouri, Climate Protection Committee come in.

By identifying community needs and gaps of care, they work to draft policies and legislation that would help customers.

Brittanie Giroux, a building performance associate at the Metropolitan Energy Center, said her goal is to help communities that aren’t equipped to advocate for themselves.

“The typical resident just has enough time to go about their day and see about their immediate needs,” Giroux said. “And so that’s kind of our job to make sure we’re pushing for tangible changes in people’s lives.”

Not everyone has flexible schedules to be on the phone for hours with a utility customer service representative or drive from one county to the other to make a payment in person.

There are people like Samantha Mungai who are essential workers juggling work, parenthood, childcare and, at times, recovery from health issues.

“I’ve worked all throughout COVID, so it’s not that I’ve just not had a job. I’m trying to make ends meet,” she said.

Winter is Coming: The Unhoused Still Seeking Solutions in KC

The Hidden Homeless of Rural America