Above image credit: A conceptual rendering of a street scene in a part of the SomeraRoad plan for a six-block section of the West Bottoms. (Rendering | SomeraRoad presentation)
Sponsor Message Become a Flatland sponsor

Plans for an estimated $400 million redevelopment plan in the West Bottoms that would ultimately add 1,250 apartments has taken another step forward with the approval of a predevelopment agreement by the City Council.

The agreement calls for a partnership where the city rebuilds the crumbling streets, sidewalks, sewers and other infrastructure in the redevelopment area with the tax revenues generated by the multi-phase project planned by SomeraRoad.

“We are excited to have received approval from the City Council for what will be a transformative public/private partnership to invest in, preserve the history of, and continue to revitalize the West Bottoms,” Andrew Donchez of SomeraRoad said in a statement.

“As this partnership moves forward, we are committed to collaborating with community stakeholders and continuing to work with the mayor, city manager and city staff.”

SomeraRoad won rezoning last summer for the 26-acre project, the largest investment in the West Bottoms in many years. The redevelopment calls for the renovation of historic structures and the construction of new buildings in five phases through 2035.

The first phase in creating what SomeraRoad describes as a “micro-village” would begin next year if the developer lines of up the necessary private financing and obtains the requested tax incentives from the city.

The first phase calls for:

The city also would be required to assist in the demolition of the derelict Weld Wheel building at 933 Mulberry. SomeraRoad plans to build apartments on the site as part of the redevelopment plan.

SomeraRoad, which has offices in New York City and Nashville, wants to redevelop a roughly six-block area of the West Bottoms north of 12th Street between Hickory on the west and Santa Fe on the east.

When fully built out, the project would add 1,250 apartments, 186,781 square feet of Class A office space, 167,124 square feet of retail and the boutique hotel using new construction and renovation of historic structures.

The predevelopment agreement requires SomeraRoad to meet the city’s affordable housing set aside, 20% of the units being available to people earning 60% of less of area median income.

As for the public investment in rebuilding the public infrastructure, the predevelopment agreement calls for a tax increment financing (TIF) district to be established. The TIF revenues from the commercial projects would be used to pay for the work.

SomeraRoad also will be seeking property tax abatements and construction sales tax breaks for the residential projects from the Planned Industrial Expansion Authority.

Both the PIEA and the Kansas City TIF Commission will have to sign off on the respective incentive requests as part of the redevelopment plan.

The predevelopment agreement calls for the developer to break ground on the first phase of the plan within 90 days after the city completes infrastructure work.The developer is expected to complete that phase within two years.

All five phases of the redevelopment plan are expected to be completed by the end of 2035, according to the agreement.

This is the firm’s first venture into mixed-use, predominately residential development in the city, although it’s done similar projects in Nashville and Indianapolis.

While SomeraRoad is proposing the biggest redevelopment project to date, it’s far from the first out-of-town developer to find the West Bottoms attractive.

Indianapolis-based Flaherty & Collins is the builder of The Yards apartments near the Livestock Exchange Building, and Cleveland-based MCM Co. has renovated several historic warehouses along Ninth Street into an apartment project called West Bottoms Flats.

MCM is assisting SomeraRoad as a consultant in pursuing state and federal historic tax credits for its development plan. 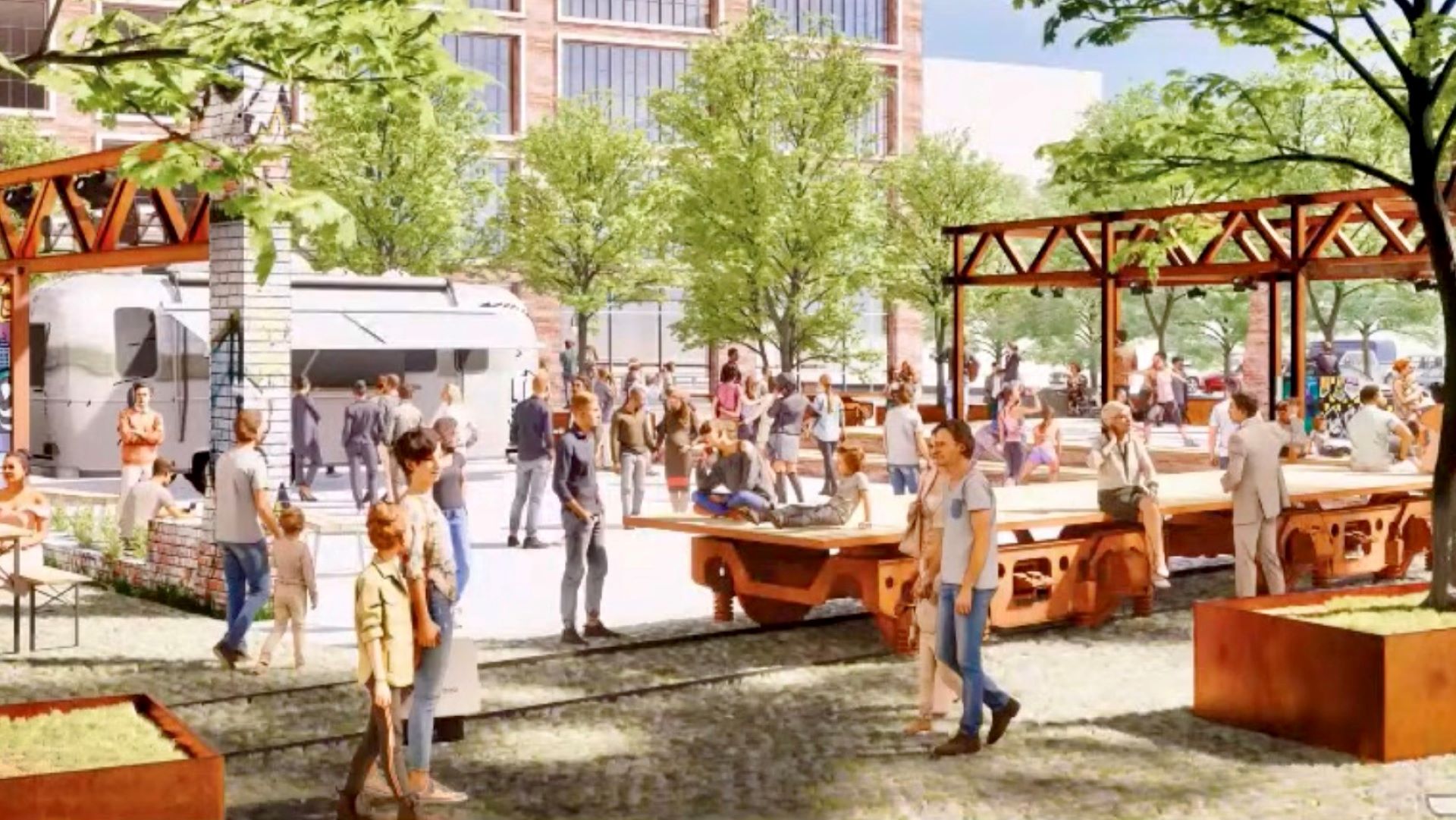