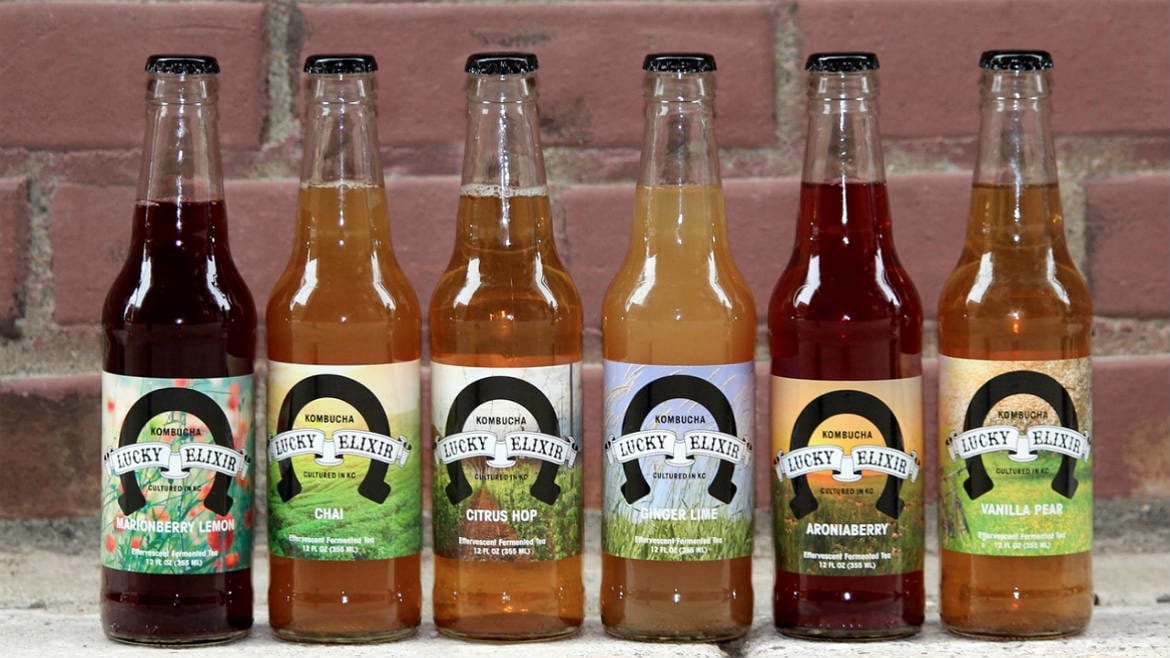 The Brewkery is looking to open a new taproom to serve their Lucky Elixir kombucha. (Pete Dulin I Flatland)
Share this story

Sam Calagione, the charismatic founder of Dogfish Head Craft Brewery in Milton, Delaware, visited Bier Station (120 E. Gregory Blvd.) last week. He was in town to celebrate the distribution of his brewery’s beers in Kansas City and to raise funds for the son of Skylar Wallace at a special event hosted by Bier Station.

Wallace, an avid Dogfish Head beer fan, initiated a nearly five-year Twitter campaign in May 2012 to persuade the brewery to distribute its beers in Kansas City. Wallace and Calagione met two years ago as the campaign continued. The duo exchanged shirts, drank a Dogfish Head IPA, and discussed Wallace’s online effort to get the brewery’s beers in Missouri.

“Sam told me to stick with it,” Wallace said.

Last year, Calagione and the brewery decided the timing was right to expand distribution, especially after the market had been primed by Wallace’s campaign. The brewery wanted to come to Kansas City for the great indigenous craft beer scene. After nearly 2,000 tweets by Wallace, craft beer fans were told in late 2016 that Dogfish Head would be available in their city.

Meanwhile, Wallace’s five year-old son Will was diagnosed with a Wilms’ Tumor, the most common form of childhood cancer, less than a year ago. His son has undergone months of chemotherapy, surgery and treatment to ensure the cancer is completely in remission.

The paths of Wallace, Calagione, and Dogfish Head crossed once again last week. Through its Beer and Benevolence program, the brewery teamed with Bier Station to host a fundraiser on behalf of the Wallace family. Calagione flew into KC to meet brewery fans and show support.

“Our Beer and Benevolence program is about coming together for heartwarming moments like this in a big way,” Calagione said. “We work with individuals and like-minded nonprofits big and small. It’s karma to give back to the community that gives you sustenance. That comes back to us, too.” 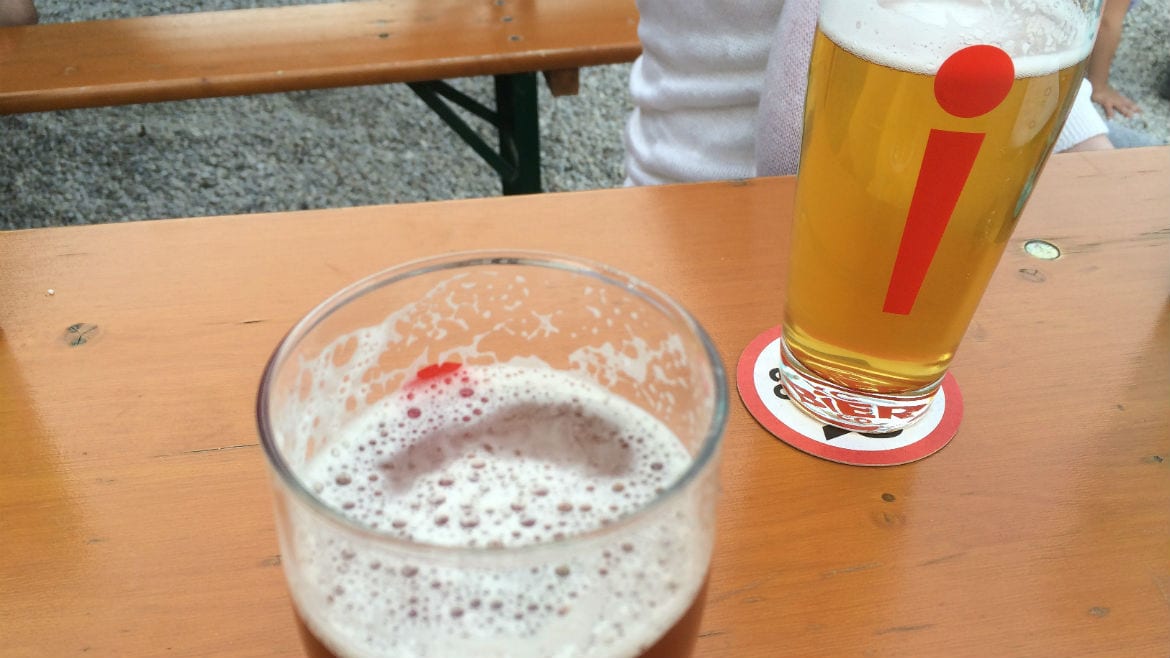 Dunkel (at the bottom of the screen) has been KC Bier Co.’s flagship beer since it launched four years ago. (Jonathan Bender | Flatland)

The brewery produces German-style beers and, unlike other craft brewery counterparts, doesn’t release new beers often. Accordingly, it’s vital to the brewery’s growth to have a strong flagship beer like Dunkel that helps pay the bills.

“We brew a small number of traditional styles, particularly lagers, that take a long time to condition,” said Steve Holle, managing owner of Kansas City Bier Company (310 W. 79th St). “We only use the four ingredients allowed by the Reinheitsgebot [a German beer purity law]. We have not released a new beer for general distribution in the last 18 months.”

Dunkel was released in 2014 when KC Bier first opened and part of the reason for the beer’s popularity may lie in its production. As a traditional Bavarian-style lager, Dunkel requires lots of time and attention to historical brewing techniques to make it original. KC Bier also only uses imported German malt and hops to produce Dunkel.

“Even the yeast was obtained from a Bavarian monastery during one of my research trips to Bavaria,” Holle said.

The brewery uses traditional two-tank fermentation and lagering to allow clarification in the beer and natural conditioning over several weeks, rather than a single tank for both phases of cellaring. Finally, Dunkel is naturally carbonated and unfiltered. The result is a style quite unlike other lagers or dark styles of craft beer. While dark and malty with caramel notes, the beer is light in body and refreshing.

The Brewkery Launches Fundraiser for Taproom

The Brewkery’s owners Amy Goldman and Sean Galloway have secured a 3,300 square-foot production facility (1443 Swift Ave., North Kansas City, Missouri) and have plans to build a 600-square-foot taproom within the brewery space. They recently launched a Kickstarter campaign to help fund the new space.

The Brewkery, producers of Lucky Elixir flavored kombucha, first began distributing its bottled beverage in April 2016. Kombucha, a non-alcoholic, probiotic drink made from fermented black tea and other natural ingredients, has a slight sourness akin to craft beer styles such as gose and weiss.

“We envision the taproom being a place where customers can try new flavors by ordering a flight of kombucha,” Goldman said. “It will be a casual place for kombucha lovers and newbies alike to try new flavors.”

The taproom will have 12 taps as well as growlers available. The core kombucha line includes aroniaberry, ginger lime, marionberry lemon, vanilla pear, and citrus hop. Other seasonal or test flavors will include chai, hoppy peach, cherry limeade, and grape lime.

“We will expand into other fermented beverages, like kefir water and jun [made from green tea and raw honey],” Galloway said.

Lucky Elixir distributed to 55 locations in the Greater Kansas City area, and The Brewkery sells direct to the public at the Merriam Farmers Market from 5 to 8 p.m. on Wednesdays.

Goldman and Galloway plan to open the taproom by September 9th, the weekend of the Pint Path and Swift Mile Street Festival. The Kickstarter campaign would underwrite taproom construction, furnishings, additional fermenters, and production equipment to support increased demand.

“This will be KC’s first kombucha taproom,” Goldman said. “We believe in the healthful benefits of kombucha and want to be able to share that with as many people as possible.” 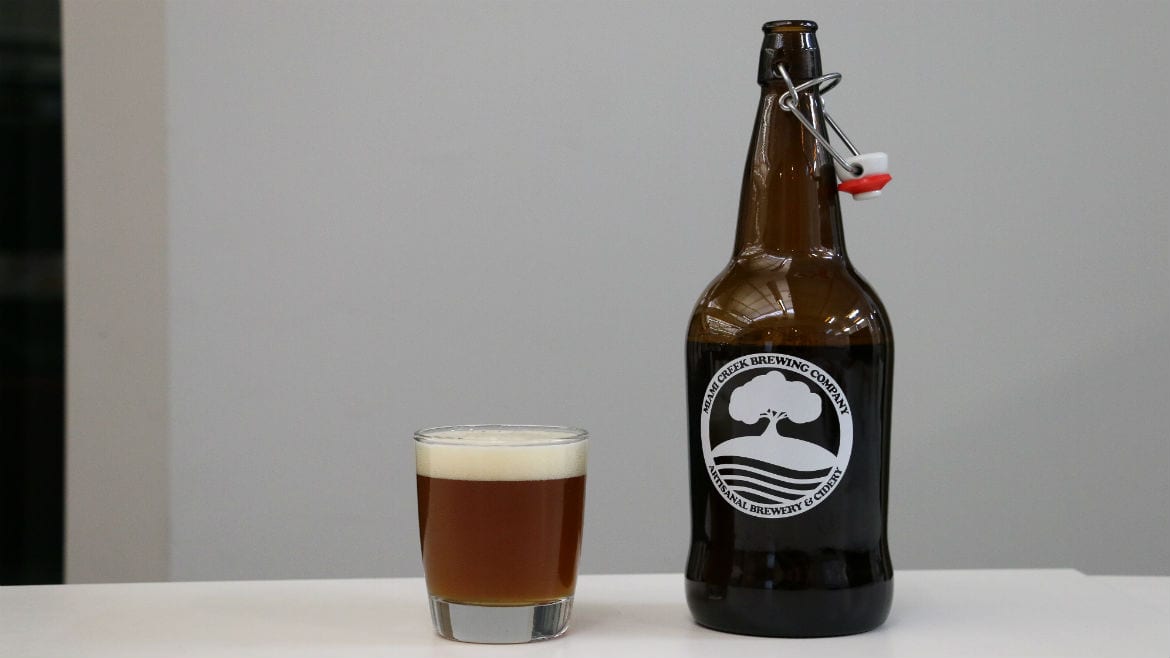 The Nutty Belgian is a Belgian Tripel made with walnut syrup. (Photo: Cole Blaise | Flatland)

Brew Lab opened last Saturday in its new location (7925 Marty St., Overland Park, Kansas). The brewery released four inaugural beers: Hoppy Lager, Australian IPA, Chocolate Porter, and Rosemary Rye Saison. In addition to drinking beer at the taproom, Brew Lab once again offers “You Brew,” sessions on site for anyone who wants to try their hand at craft brewing without a home kit.

Stockyards Brewing (1600 Genessee St., #100) has brewed a non-traditional Belgian-style white ale (5-percent ABV, 14 IBU). The beer was made with a base of premium pilsner malt, white wheat and oats, and is finished with a blend of exotic spices from Morocco, Thailand and the West Indies, including galangal. A dry hop addition of Bavarian Mandarina Hops adds a familiar citrus aroma. 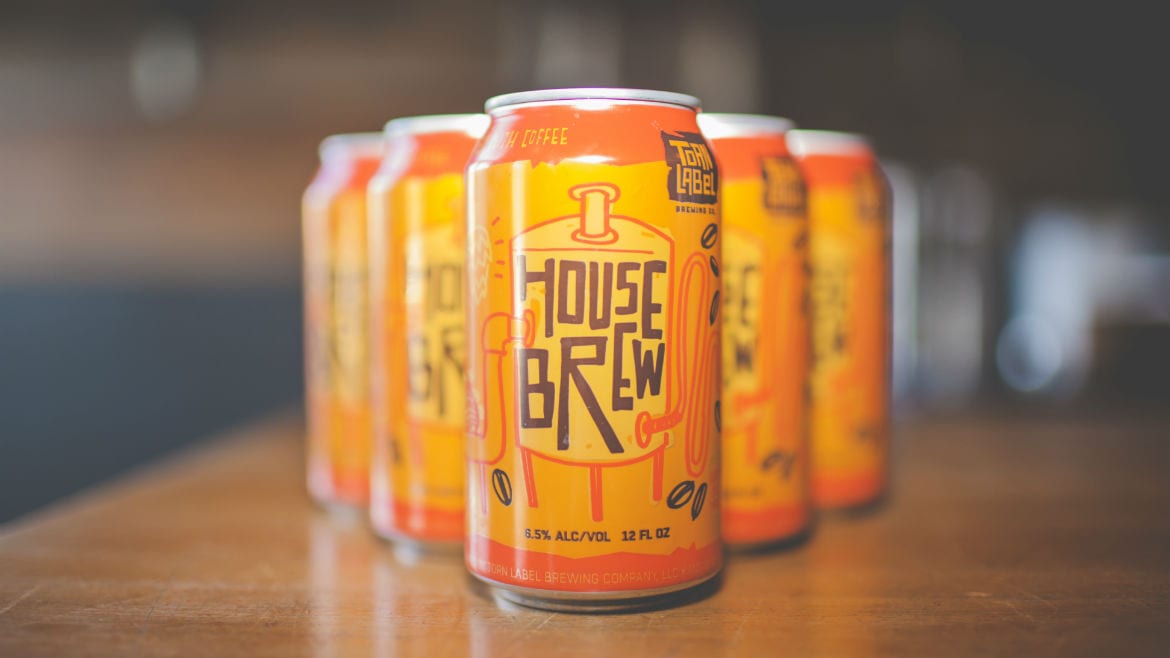 Boulevard Brewing Tank 7’s Birthday Party (born on the seventh day of the seventh month) continues at BrewTop (6601 W. 135th St., Suite A1, Overland Park, Kansas) with $5 pours of Tank 7 all day, plus brewery representatives in attendance from 5:30 to 8:30 p.m.

Cinder Block Brewing has released its Hop Maven Series No. 8 Imperial Red IPA. Ruins Pub (1715 Main St.) hosts a release party from 6 to 8 p.m. with the ultra-hoppy IPA and other Cinder Block brews on tap. The chef will have special food pairings for each beer and a brewery representative will have swag to distribute.

Break out the mussels, frites, and beer. HopCat (401 Westport Rd.) celebrates Belgian National Day from July 21-24. The day honors July, 21, 1831, when Leopold of Saxe-Cobourg swore allegiance to the new Belgian constitution and became the nation’s first monarch. Purchase an authentic Belgian bottled beer from the bottle list and receive a custom HopCat logo Belgian beer glass (while supplies last). Hopcat will have numerous Belgian beers on draft and in bottles.

Enjoy beer and ice cream at The Taproom at Crane Brewing (6515 Railroad St., Raytown, Missouri). Poppy’s Ice Cream will have Polly’s Pop and a beer-flavored ice cream from 2 to 4 p.m.

A Day For Mary Anne, an Alzheimer’s fundraiser with Crane Brewing, honors Mary Anne Bisbee and her husband Bill as devoted Bier Station customers. Mary Anne passed in May following a long battle with Alzheimer’s. All proceeds of sales from two Crane kegs at Bier Station (120 E. Gregory Blvd.) on this day will be donated to the Alzheimer’s Association.