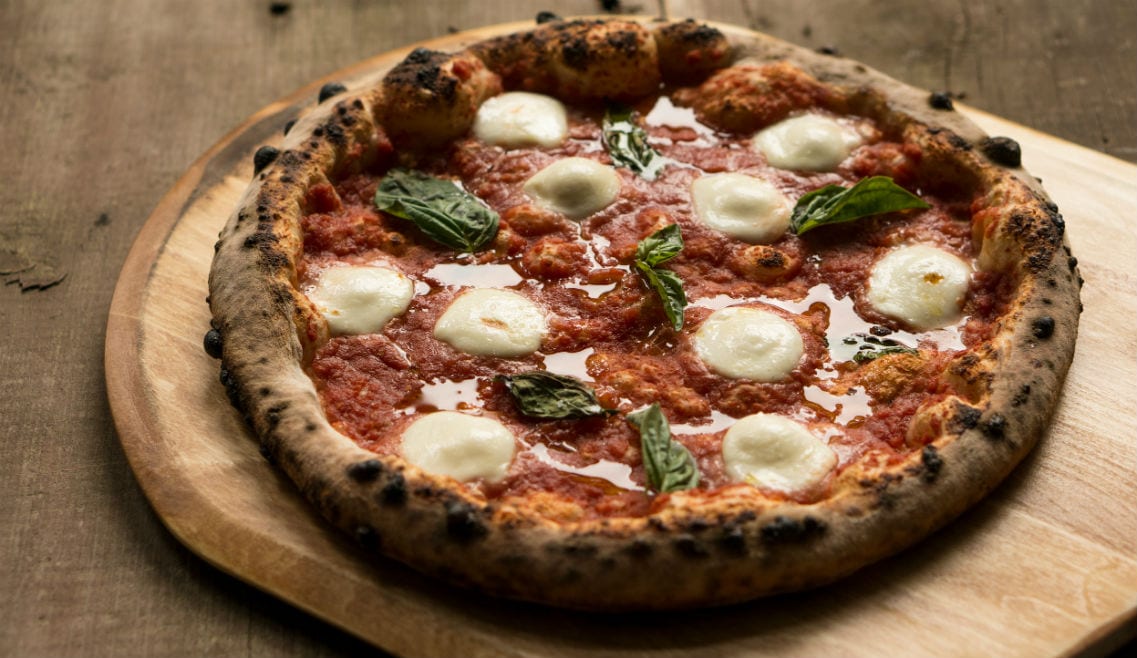 Jonny Doelling sat at the bar in a Miami restaurant, stopwatch in hand, watching pizzaiolos load pies into the wood-fired oven. Pizza In. Click. Pizza Out. Click. Over. And over. And over. Doelling was determined to discover the exact amount of time it took to get a perfect Neapolitan-style pizza.

On a recent Wednesday afternoon in the dining room at Plowboys BBQ (1111 Main Street), he throws his hands open with a slight shrug as he thinks back to four years ago and another coast.

“I wanted to create a pizzeria that my wife and I would want to eat at,” said Doelling of his new venture, Heartwood Pizzeria. “I tend to get obsessed about things and I definitely got obsessed about pizza.”

Heartwood Pizzeria is in its third week of popping up inside of Plowboys – a bit of serendipity that began with an e-mail from Doelling to co-owner and pitmaster Todd Johns. Doelling knew there was a brick oven in the Plowboys space, a holdover from Ingredient, the previous tenant.

When they met in person, Johns saw Doelling’s passion for pizza as a mirror for his pursuit of barbecue excellence. They also shared a background in information technology and had the same process-based approach for culinary experimentation. Two days after talking, Johns, and his partner Todd Johnson, invited Doelling in for a pop-up to begin at the end of December. 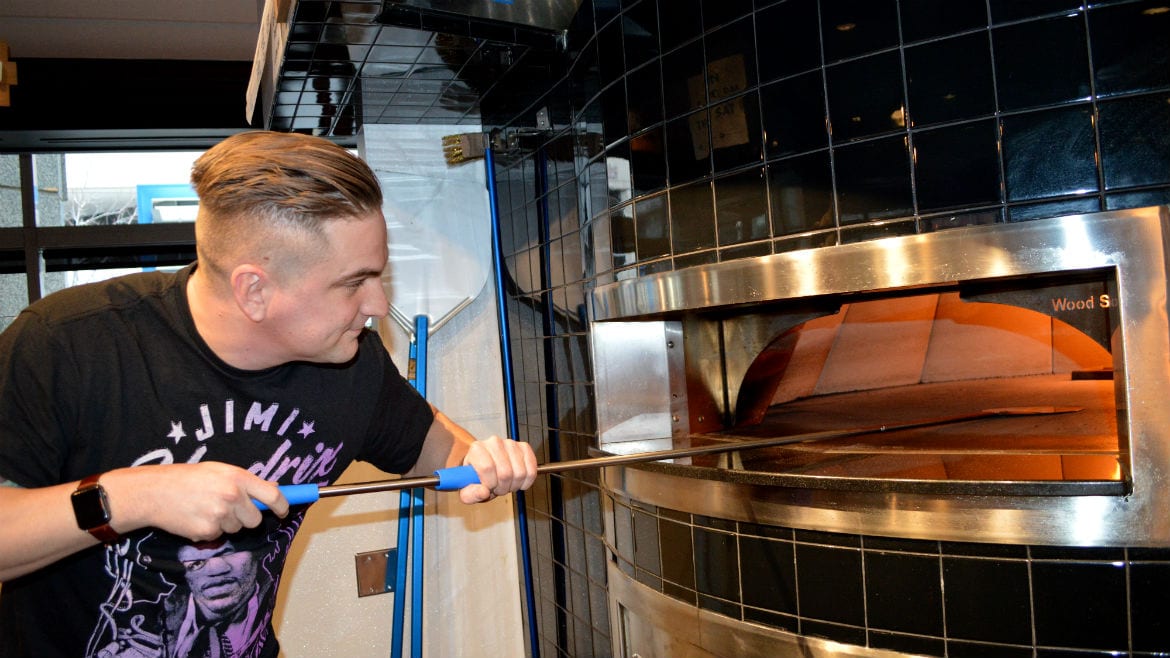 Doelling grew up in Lee’s Summit, Missouri. One of his first jobs was at the Big Cedar Brewery, where he would build a fire in the oven and make pizzas every morning. It wasn’t something he thought about again until he and his then-girlfriend, now-wife Ashley, were living in New Jersey nearly a decade later.

Ashley was attending the baking program at the Institute of Culinary Education in New York City. Doelling began playing around with pizza dough because he knew if he got stuck, Ashley could advise him. Doelling devoured books and Youtube videos on pizza making. But he wouldn’t just watch for technique, he’d slow the video down to try and see the kind of flour or tomatoes in pizzaiolo’s kitchens. He landed on Neapolitan pizza, intrigued by the idea that the dough could be simple: flour, water, and salt.

“I wanted to strip it down to the minimum and try to make it good,” said Doelling.

It’s a process he perfected over the course of two moves, including a stop in Miami before the couple came back to Lee’s Summit to be closer to family. Doelling built a wood-fired pizza oven in his backyard. He’d crank it up to 900 degrees and beg friends and family to stop by each weekend and try his pizza creations.

“It’s so alive. You’ve got the fire on one side and the pizza on the other side. The dough gets hot and the air bubbles expand and you’ve got to know when to turn it,” said Doelling.

Heartwood Pizzeria’s dough is where Doelling hopes to differentiate himself. He uses a starter that he’s cultivated over the past three years. That starter is combined with flour, salt, and water. The dough is slow fermented — it’s a two-day leavening process wherein the starter, in lieu of added yeast, leavens the dough.

Doelling hopes to source more local goods as he gets established and the seasons change. He uses the Local Pig for his meats and intends to start using Heartland Mill out of Marienthal, Kansas, for his flour. Heartwood’s tomato sauce is organic tomatoes, garlic, and salt.

“I don’t use herbs in my sauce because I want to put those herbs on my pizza,” said Doelling.

He’s developed a prosciutto, fig, and arugula, and a salami and smoked gouda. His bacon potato with fontina and gruyere is a “baked potato experience,” and there’s also the pear and gorgonzola.

In a bit of fusion, Plowboys BBQ supplies the burnt ends for his Streetcar pie (which also has caramelized onions, mozzarella, parmesan, and the KC Crossroads BBQ sauce) and his version of a Hawaiian has pulled pork, jalapenos, and caramelized pineapple. Doelling also wants to make it clear that Heartwood offers something unexpected to vegetarians – like his wife – that find themselves in a barbecue restaurant.

“The heirloom tomato is the inverse of the Margherita,” said Doelling. “It’s got heirloom tomatoes instead of tomato sauce, mozzarella, and parmesan cheese, and a balsamic [vinegar] reduction on top.”

Doelling is focused on the pop-up currently. He’s looking to expand the days and hours with the eventual goal of opening his own pizzeria.

Heartwood Pizzeria is open from 4 to 9 p.m. Thursday to Saturday.