What If I Told You That Kansas City Is Not A Racist Community? 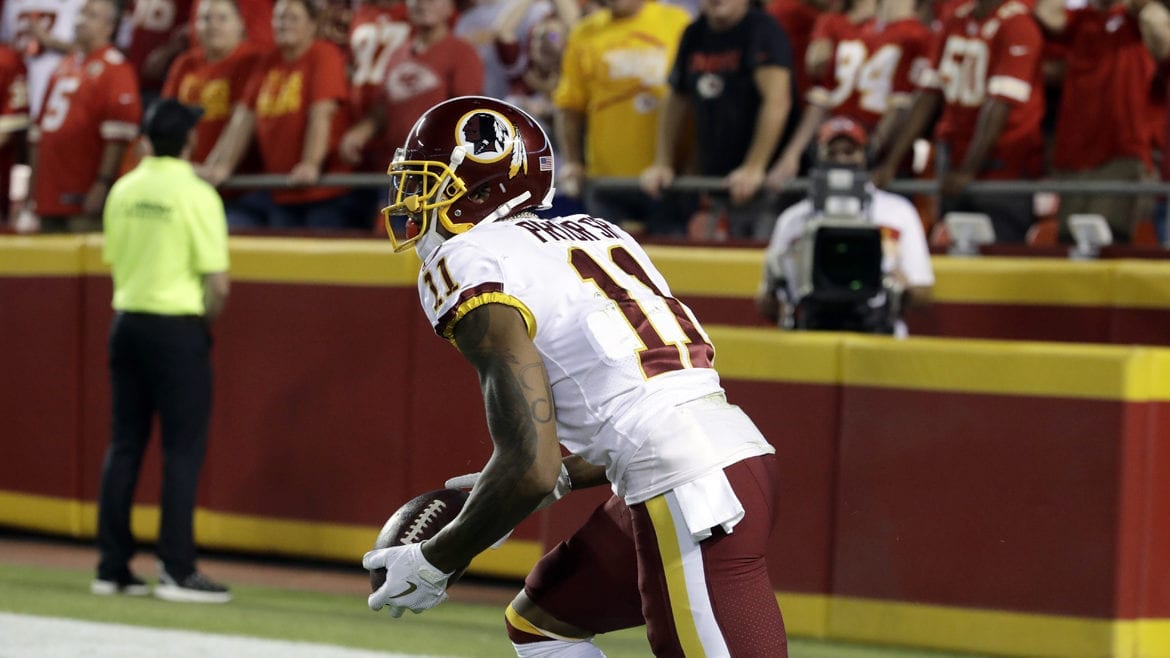 Washington Redskins wide receiver Terrelle Pryor Sr. (11), here at Arrowhead Stadium at the beginning of the month, claimed he was verbally abused by a Chiefs fan throughout the game. (Photo: Charlie Riedel | Associated Press)
Share this story

Terrelle Pryor, Sr., wide receiver for the Washington Redskins, dropped a bomb on the Chiefs Kingdom. He claimed that a fan had called him the N-word as he left the field after the Redskins lost to the Chiefs 29-20 on Oct. 2. It was his defense for flipping off and cursing at the fan. The Kansas City Star had this to say about the incident, on its editorial page a few days later:

“But those n-word shouting fans were representing Kansas City, too, and in a way we need to look at. Anyone — like The Star reader who recently wrote in to say that players ‘are there to entertain me, not protest’ — who is still wondering why some players kneel only has to look at this incident to see that racism isn’t some rarely glimpsed or wholly imagined remnant of the past, but so overt that it’s literally shouted.”

However, video evidence shows that there were no “N-word shouting fans.” On top of that, the NFL investigation produced no evidence to support his claim. Nor could anyone in the Chiefs or Redskins organizations confirm what Pryor claimed had happened.

It is sad that such a claim can be made and then become national news. And then it was trumpeted by the Kansas City Star as being justification for protesting the flag. It didn’t happen. Ultimately, there is no consequence for slandering an entire fan base and city. Terrelle Pryor played the race card like a 5th grade child. And that is not OK, especially in this racially inflamed environment.

Terrelle Pryor played the race card like a 5th grade child. And that is not OK, especially in this racially inflamed environment.

Much has been made of the NFL players protesting police brutality and racial inequities in America. No one in their right mind finds either of those things acceptable. But how many of the claims are as bogus as Pryor’s? It’s a slippery slope we have landed on and a tough battle to win.

In August of 2016, Colin Kaepernick was ask by Nick Wagoner, ESPN Staff Writer, “Will you continue to sit?”

In essence, the message is that the flag represents racial injustice and police brutality. That is a factual injustice. How does one define racial justice? It can only be defined, specifically, by the accuser. And there can be no acquittal on the charge. For example, there are those who justify and defend Pryor’s charge without proof.

Do we have racists in America? Yes. Are there racists in Kansas City? Yes. Is there rampant police brutality? No. Do racists dictate how blacks choose to live? No. Can a black person grow up in Kansas City, earn a living and live the American Dream? Absolutely! Did a Chiefs fans drop the N-word on Terrelle Pryor at Arrowhead? No.

At the end of the day, people don’t like to be falsely accused, especially when it comes to being called a racist. The Chiefs and their fans deserve an apology from the Kansas City Star and Terrelle Pryor.

— Ron Freeman is an author and leadership consultant and occasional guest on Ruckus, a weekly public affairs show on Kansas City PBS.