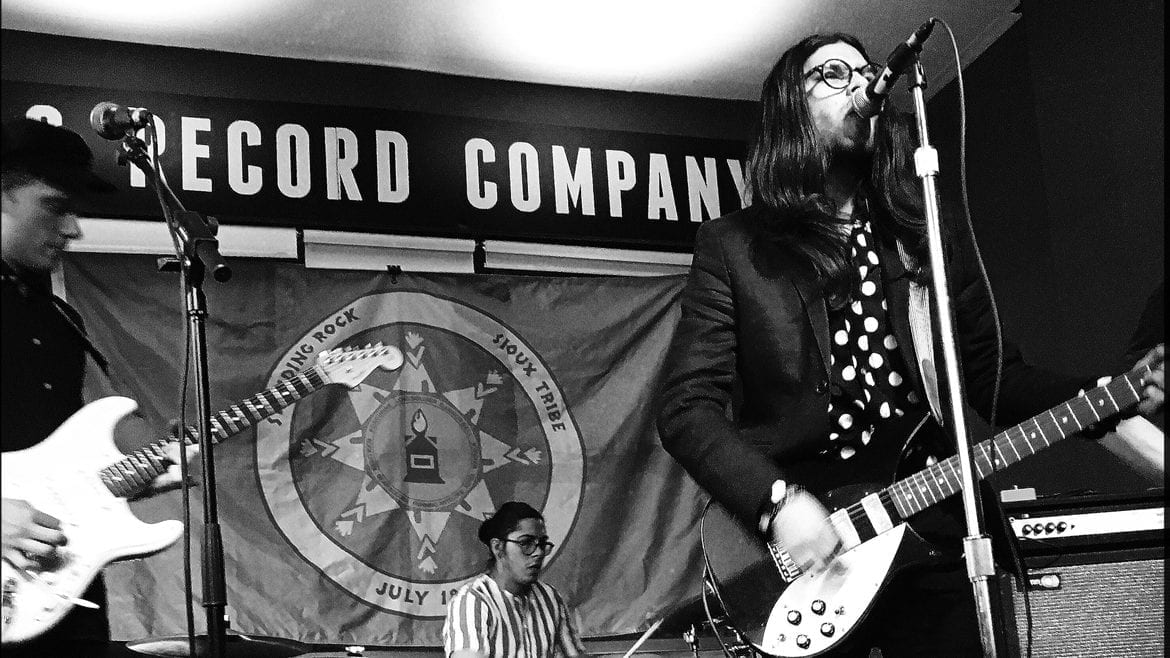 The band SALAR plays at the Water is Life Benefit at Mills Record Company in November. Nearly $3000 in proceeds went to the NoDAPL protest. (Chris Crabtree)
Share this story

“The times they are a-changin.’”

Many local artists are carrying forward the time-honored tradition of using the arts as a vessel to inspire activism. In the process, they have relied on a range of motivations to fuel their efforts and frequently donate precious time and pay to support causes they believe in.

In November, Mills Record Company hosted the Water is Life Benefit Show, benefitting the NoDAPL movement. The show was organized in large part by Salar Rajabnik, a local rock musician performing as SALAR. Last year, as the Dakota Access Pipeline continued its push toward completion over the protests of the Meswaki and Sioux tribal nations, Rajabnik felt a drive to do something and found a lot of like-minded musicians looking to contribute to the cause who weren’t sure where to start.

Rajabnik enlisted the help of representatives of the NoDAPL cause and put together a bill of artists to play a show in support of the protest effort. Its entire lineup of bands, which included, SALAR, Expo 70, John Keck, Heidi Gluck, Calvin Arsenia, Cody Wyoming, Teri Ann Quinn, and Ayllu, all agreed to play free of charge, with proceeds going to the NoDAPL protest. Rajabnik said the nearly $3,000 in funds collected were used to provide supplies and firewood for the protesters occupying the construction site in Standing Rock, North Dakota.

In describing the importance of being involved in events like this, Rajabnik said the current state of the country warrants action.

“Now is the time for radicalism. And I don’t necessarily equate that with violence,” Rajabnik said. “For some people, even just attending a benefit show is radical — like the type of person that would never do anything other than be a keyboard warrior on social media. Whatever being radical or getting involved means to you, now is it the time. And if a musical experience triggers that in someone, the artists have done their job.” 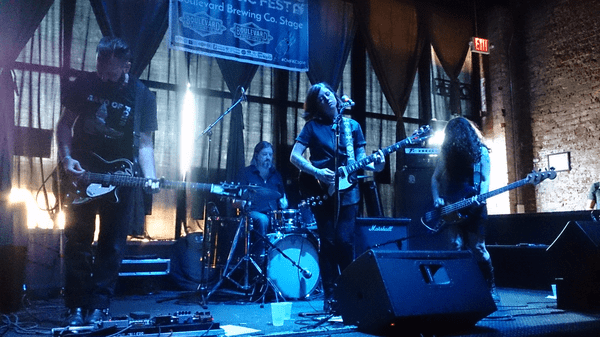 On January 20, the night of the inauguration, the recordBar hosted “Musicians for Active Justice: Get Loud!” featuring Emmaline Twist, Hipshot Killer, and Medicine Theory.

Krysztof Nemeth, who plays baritone guitar for Emmaline Twist, said the show was originally conceived as a simple protest against the current administration.

“You watch this guy’s rhetoric over the last two years and all he talks about is about shutting people out and removing people’s rights,” Nemeth said. “Artists – by their very nature – are the exact opposite of that. We are taking advantage of the fact that this amazing country allows us to do and say what we feel. And sometimes that message is best directed against things that we think are unjust.”

After teaming up with the event organizer, Sondra Freeman of the Midwest Music Foundation, the bands involved narrowed the focus. In the end, what began as protest became a benefit for a group that seemed to be a target of the administration’s stated agenda – relocated refugees. The proceeds from the benefit concert went to KC for Refugees, an interfaith organization that seeks to welcome and support refugees who relocate to the KC area.

Mike Alexander, lead singer for Hipshot Killer, said he felt a sense of duty, given his position in the world.

“It’s a simple answer to a simple question — it’s our responsibility. Any time that there is true, violent injustice happening in the world, it’s my responsibility, as a privileged white male, to do whatever I can to combat that,” Alexander said. “And using my band, and my band’s music, was the most effective way of doing it.”

On the same night, across town, Mills Record Company was hosting “Rock the Twat” a concert featuring Katy Guillen & the Girls, Members of Bohemian Cult Revival, and Sister Mary Rotten Crotch. The show benefited the Rose Brooks Center, an organization that provides shelter, healthcare, and a host of other services to victims of domestic abuse.

Amy Farrand, who plays drums for Sister Mary, took the reins organizing the benefit, saying she felt inspired to do something for the greater good and that focusing on helping people locally seemed like the logical place to start.

“We can go vote and we can express our opinions, but in that way, we are just little specks. I can’t do anything personally that’s going to affect what the Trump administration does. My personal voice is silenced,” Farrand said. “But I can positively affect things in my own community. I can make a difference for people that I interact with every day. Working within your community, recognizing that something  needs to be done, and making your own environment a better place, is a first step.”

The concert collected cash donations and feminine hygiene products for Rose Brooks, and estimates that it was able to donate more than $4,000 to the organization. 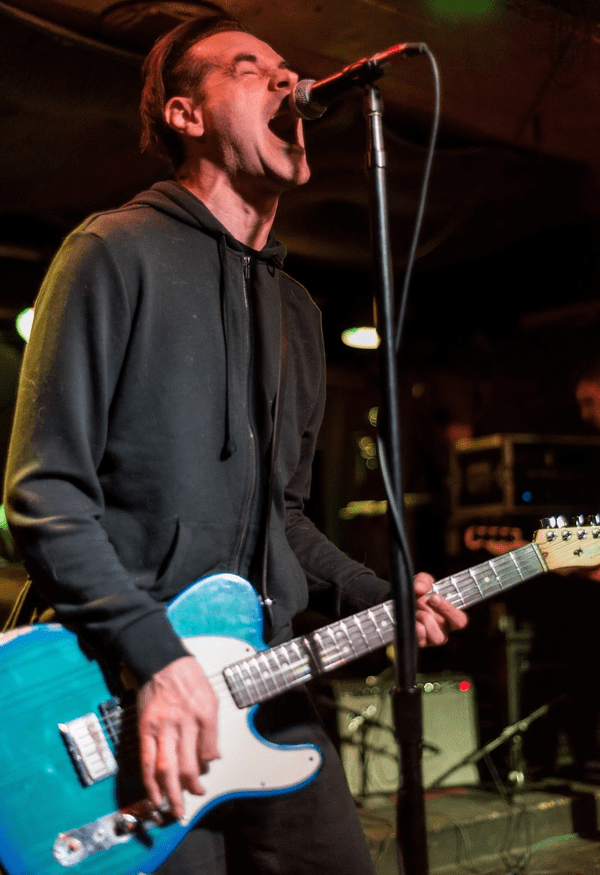 And without any effort at all, the hundreds of thousands of registered Bandcamp users became donors to the American Civil Liberties Union last Friday, as Bandcamp agreed to donate its profits from the sale of music on the site to the national civil rights organization. This week, the company boasted that the campaign netted more than $100,000 for the ACLU.

Local indie label, The Record Machine matched Bandcamp’s donations for all sales made on the site last Friday. Label co-founder Nathan Reusch said its decision was in response to the Trump administration’s travel ban and the ACLU’s rapid actions to help those affected.

Local artist Chase Horseman took the ACLU campaign a step further by posting an entire benefit album on Bandcamp. The album includes unreleased singles and covers that Horseman had amassed over the years that he mixed and mastered specifically for this release. All proceeds from the sales of the album, in perpetuity, will be donated directly to the ACLU.

Horseman isn’t under any illusions that his album will generate huge sums of money for the ACLU, but he believes his efforts, and the role of music in general, are important to creating a better world.

“In the arts, you have to continually push yourself to be open — to people, to ideas, to styles,” Horseman said. “Whether you’re in a crowd, on a stage, or by yourself, there is something that is transformative about music that can convey a certain conviction better than any speech can.”

And Horseman’s experience illustrates the symbiotic interplay between the arts and politics.

How the Plaza Starbucks Closure Went Down, As Told by Workers