It’s been a hectic week for Ray Velasquez. He’s had a hard time keeping media inquiries straight. After answering the first question or two, the veteran DJ feared he was coming off as redundant.

Notoriety isn’t new to Velasquez, though. In fact, the hullabaloo that has followed 90.9 The Bridge’s Sept. 24 announcement that Velasquez’s “Nocturnal Transmission” radio program was returning to the air on Friday, Oct. 8, is rooted in local music history. The man at the center of it all traces his musical taste-making back four decades.

“I’m just going to perform,” Velazquez said excitedly, in regard to any special plans he may have for Friday night’s return of “Nocturnal Transmission,” nearly 20 years after the electronic music block went off the air.

“I want the music and the emotional narrative that will be composed to speak for itself. This is the return of the show, but it is a very different “Nocturnal Transmission” because it’s 20 years later since it went off the air,” Velasquez said.

“I think the special plan is to make it as special as possible without saying it’s special.”

As much artist and musicologist as a DJ, Velasquez will join 90.9 The Bridge — Kansas City PBS’ NPR music station and an affiliated media platform with Flatland — in its ongoing music discovery mission. His three-hour program will air at 10 p.m. every Friday.

The comeback story of DJ Ray Velasquez starts with Lawrence radio station KLZR The Lazer’s move to commercial radio back in 2003.

That’s when “Nocturnal Transmission” went into hibernation and Velasquez, a Johnson County native, set out for New York City. There, the Jayhawker DJ found a home in Brooklyn, worked in Manhattan and landed performance opportunities far from hometown nightclubs.

Before New York and before briefly spinning tunes on KC’s KKFI and eventually moving to The Lazer in 1993, his DJ career started in 1983 on campus at the University of Kansas. That’s where now 60-year-old Velasquez found his place in the “alternative” scene in Lawrence, Kansas, listening to punk and new wave — you know, early ‘80s music.

That year, fresh off playing pubescent high school songs about heartbreak on the guitar and performing in Bishop Miege High School musicals, Velasquez became the Social and Cultural Director of KU’s Oliver Residence Hall. There, he booked musical performances, put on DJ parties and made sure everyone had a good time.

Soon after, the young music lover found the gang in the old 90.7 KJHK campus radio station, where “Nocturnal Transmission” was born. First came a broadened sense of genre as a director at the student-ran station. Then came his first paid club gig — a night at the Sanctuary in Lawrence.

Playing The Beatles, The Clash, The Kinks, The Who, Rolling Stones and B-52s to name a few, Velasquez remembers a few bad early reviews, but never from who mattered most.

“People would scold me a bit, but in general, they really welcomed the innovation that I brought. The DJs understood, the owners not so much, the crowd — they had a great time,” he said.

From there, it was off and running. Paid gigs kept coming, he would play clubs in Kansas City and was even approached to play music behind the casket of writer William S. Burroughs during his 1997 funeral services in Lawrence.

The opportunity of a lifetime opened with the somber “Paris, Texas,” by Ry Cooder. The setlist is still in Velasquez’s possession today.

His circles grew like his record collection. More and more people looked for nights out, set to the soundtrack of DJ Ray Velasquez.

“Ray always had good ears in terms of being in a club or anywhere and realizing that the way that he would sequence records made so much sense. No one else would have thought to do it like that,” Mike Webber said.

Webber is a friend of Velasquez and was employed by a few former Kansas City and Lawrence record stores in the 1980s. A hub for all things music in the pre-internet, pre-streaming era, record store employees during that time had a pretty good idea of what customers were seeking.

“Ray was that guy who would come in and want some 12-inch remix from the UK that you hadn’t heard of, but pretended that you had because you didn’t want to look uncool,” Webber said, traveling down memory lane apon the news of “Nocturnal Transmission’s” return.

Webber recalled another classic moment. In 1988, New South Wales group INXS played a show with the reggae band Steel Pulse at Kemper Arena. As a record store man, Webber would often treat visiting artists to a night in Kansas City. As for where to take the rock stars, downtown spot “Eyes” would typically get it done, especially if Velasquez was in the booth.

Webber called to confirm it was his buddy spinning tunes. He brought Steel Pulse to the club.

“I took them down there once I verified that Ray was going to be DJing and then once there, I just gave Ray a look. He always had game, but he was particularly on his game that night and even mixed in some more reggae,” Webber said, adding the band had a great time. He sees the entire experience as indicative of the high respect he has for Velasquez.

The case remains to be true today, as Velasquez returns to Kansas City airwaves after a long hiatus.

“The thing about Ray is, you could go to those hot beds for music and dance clubs and think this … guy is no better than Ray,” Webber said.

“He was cool and pulled off being cool better than a lot of people do. Because from my eye, he was never smug. He was cool, but he was inclusive. Whether you liked his music or not — whatever — he is a good guy and I think he was probably well raised.”

Music and the times have changed. And so has Velasquez.

He describes himself as “a traditionalist” but in the sense that his tradition is one of innovation. Good ears and a stout sense of empathy go with him into every recording session or live performance. He intently imagines what might be going on in between a listener’s ears.

The calm voice paused for longer than a standard moment.

“If you ask anyone else who is maybe half my age, they will say DJ so and so. No. There was no DJ culture when I started, there was no tribe, there was not a group that I could befriend that we saw the same thing. It was pretty much just on my own exploring this,” Velasquez said.

He went into inspiration beyond other DJs, mentioning musicians and writers of the beatnik era, in particular, plus “courageous comedians” like Richard Pryor and George Carlin, even Steve Jobs.

He recalls the earliest and probably most influential impression left on his life in music — records placed in his tiny hands by his father.

“The music he’d buy for me when I was 5 would have been the coolest pop hits of the time, 1966 was just a great year for pop music,” Velasquez said.

He still has those singles, by the way, citing “96 Tears” by ? and the Mysterians.

Velasquez’s father, who passed away in late 2020, provided the first of a lifetime of formative moments in music that became DJ Ray Velasquez.

Velasquez said his mom will be listening when the show debuts Friday night and that his dad would certainly be excited as well.

More than anything, Velasquez is ready to get going. The loss of his father, plus the COVID-19 pandemic and an ongoing recovery from a spinal injury that left him isolated even well before lockdowns, forms an emotional foundation for his ongoing musical explorations.

Velasquez has no interest in being lumped in with the typical perception of electronic music.

Velasquez sees right through performers who aren’t about the art, but rather some form of “bro culture.” For instance, when it comes to artists and the genre that is formally known as EDM (Electronic Dance Music), the traditionalist considers it closer to “electronic douche music.” He’s even dreamed up a seriously-meta DJ set about the DJs who get it all wrong to drive his point home.

The current working title is “Posers, Parasites and the Rise of the Roid Boys.”

Opinions on EDM, which he considers “often times wretched, but mostly stupid” aside, Velasquez isn’t a music snob.

When calling to mind his plans for the return of the show, it’s important to know that Velasquez could never answer a question like, “Who’s your favorite artist right now?”

At least, not honestly.

His Sunday mornings could be made perfect by just the right classical record. The night before, a deep cut from an artist that hardly anyone has heard of may have set the scene for cooking dinner.

When asked what makes a great DJ, Velasquez answered as if he’d written a book on the matter.

He said: “A strong, healthy sense of empathy. An unquenchable sense of curiosity. A willingness to explore, to know history.”

What matters most to Velasquez is that his music is interesting, innovative and can be felt — whether it is received on a long car ride home or at a cocktail party.

“That’s what “Nocturnal Transmission” is and will continue to be. An emotional narrative of hopefully interesting and emotive electronic music.”

“Nocturnal Transmission” debuts tonight at 10 p.m. on 90.9 The Bridge, the NPR music station affiliated with Kansas City PBS and Flatland. Flatland contributor Clarence Dennis is a social media manager for The Bridge. 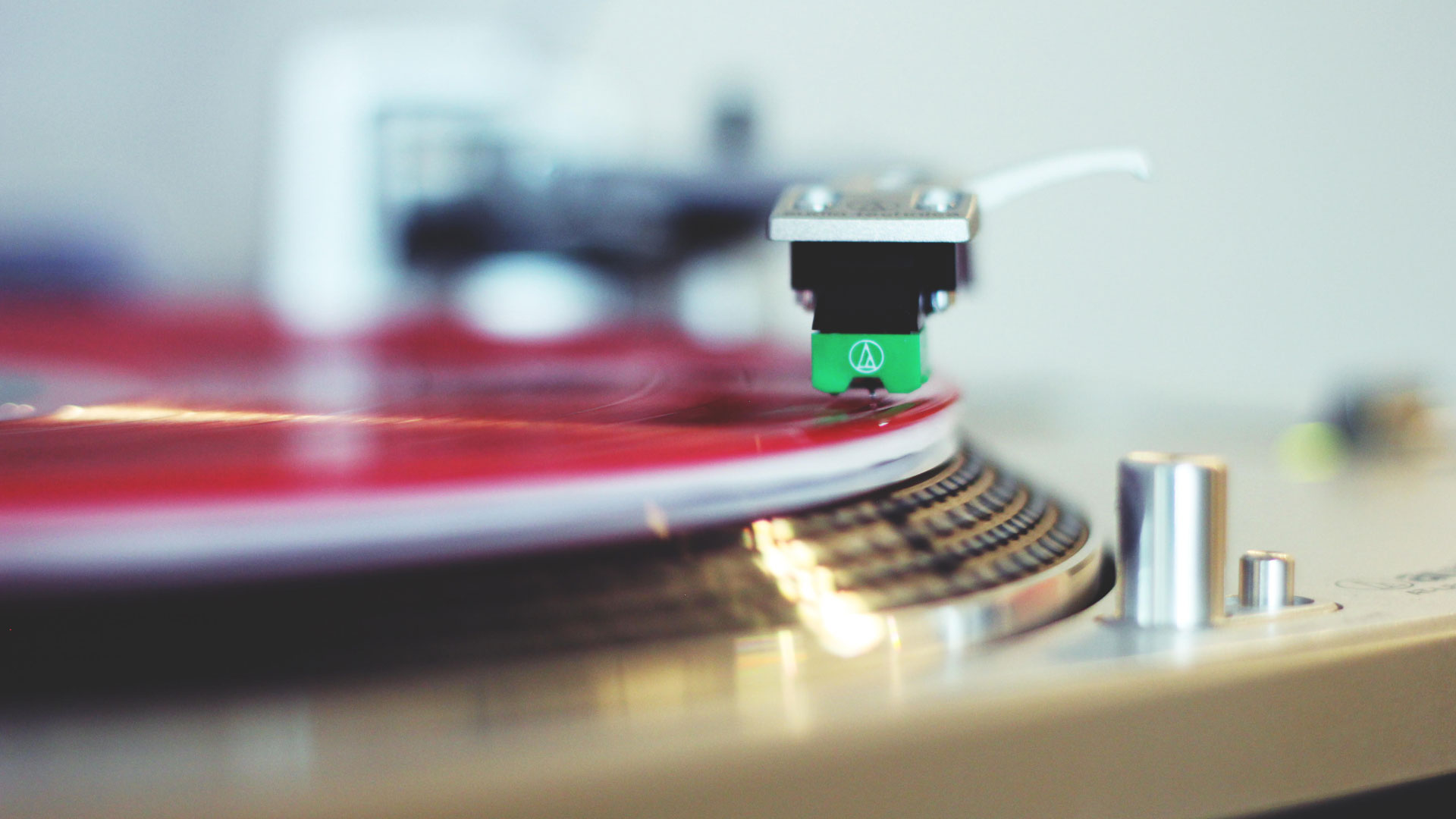 Artists in Residence: Chris Haghirian on KC Bands Together