When the Kansas City Chiefs open their 2022 season in early September, it may be possible for fans in the stands to bet on who will win, how many touchdown passes Patrick Mahomes will throw and even whether the coin toss will be heads or tails.

But before that happens, backers of sports wagering will have to overcome opposition from backers of video lottery terminals, who promise much larger state revenues, and demands from lawmakers who predict big profits for casinos but nothing for their communities.

A bill to legalize sports wagering is heading to the House floor for debate following a committee vote Tuesday. Three other bills legalizing sports wagering will have public hearings Wednesday in the Senate Appropriations Committee.

The fiscal notes estimate Missourians will wager about $150 million annually on sporting events, resulting in tax revenue of $13-15 million annually. About $1.3 million will go to cities that have one of the 13 licensed casinos, with the rest going to state education programs.

But the bills provide no revenue to cities and counties when bettors make wagers in communities without a casino.

“There are a lot of people who are going to make a lot of money off this and none of that money, in this current bill’s form, goes back to where the people live,” said Rep. Scott Cupps, R-Shell Knob. Cupps is the chairman of the House Special Committee on Public Policy, which approved the bill on a 4-2 vote last week, with Cupps abstaining.

The ideas being considered, Cupps said, include a one-cent per wager, or $1 per day, that would be distributed based on where the bet is made.

The issue is summed up best, he said, by a statement from a public official in his southwest Missouri district.

How it Would Work

The House bill moving to the floor and two of the Senate bills set for a hearing Wednesday are nearly identical. The third Senate bill, sponsored by Sen. Deny Hoskins, R-Warrensburg, has many of the same elements but with a higher tax rate and a role for the Missouri lottery.

The similar portions, backed by most casino operators and major sports teams, would allow fans wanting to place a bet on a game to do so at the casinos or using a licensed online platform such as FanDuel or DraftKings. The Missouri Gaming Commission would regulate and license the platforms.

Each of Missouri’s six licensed casino operators would be able to offer three platforms, or “skins,” per casino, with each casino company capped at six total. Two casino companies, Penn National and Caesar’s Entertainment, each operate three casinos in the state.

That will allow one for each of the six major sports teams that play their games within the state – the Chiefs, the St. Louis Cardinals, Kansas City Royals, St. Louis Blues, St. Louis City soccer club and the Kansas City Current women’s professional soccer team.

“All the pro sports teams in Missouri support sports wagering as a way to increase engagement with our fans and provide a fun and exciting new way to enjoy sports and our teams, which are such ingrained members of our communities,” Cardinals president Bill DeWitt III said at a House hearing. “We also know that sports wagering will generate a significant source of tax revenue for Missouri.”

Only bets placed in-person at a casino or through one of the approved websites would be legal in Missouri. The sports teams would each have a “designated sports district” for 400 yards around its stadium where only the team’s chosen platforms could advertise.

“The purpose of this is to allow the teams to prohibit the kind of obnoxious and ambush marketing that could otherwise occur as our fans enter stadiums and arenas with their families,” DeWitt said.

The bills identify two types of bets – a tier one wager would be a bet on the final score or result and a tier two bet would be any other type of wager, such as the total points, statistics for a particular player or some potential event such as a home run or interception.

“This is a very important issue to the teams because we want to make sure that if fans are betting on our games, we can control the accuracy and timing of data so that some unauthorized data sources can’t game the system,” DeWitt said.

The platform operators would be required to publish the points spreads, lines and odds for the various bets offered. The platforms would also set the minimum and maximum bets allowed to bettors.

Using only league data to determine the outcome of tier two bets is too limiting and has only one purpose, and that is money, said Ryan Soultz, Boyd Gaming’s vice president of government affairs.  Boyd Gaming, which operates as Ameristar Casino in Kansas City and St. Charles, is the only casino operator opposed to the industry-backed bills.

“I can tell you I understand why the leagues want to require official data,” Soultz said. “It’s a revenue source.”

“You want to have a robust array of data feeds that come in so you can see discrepancies when you set those lines,” he said.

The bills headed to the House floor face headwinds from opponents who want to increase the proposed tax rate, give the Missouri Lottery a piece of the action and get more money from casinos for visits by in-person gamblers.

Under the bill in the House, sports wagering operators would pay the state 10% of their profits. Of that money, 90% would go to state education programs and 10% to casino host cities.

“I will tell you that a 51% tax rate is probably not realistic if your goal is to see substantial build out and push from operators and trying to attract that business, so we’re trying to get to a place where there’s a reasonable tax rate,” Winter said during the committee hearing.

Bob Priddy, the retired news editor of Missourinet, told the committee that taxing sports wagers separately from other casino revenue is giving away money that should go to schools.

Per capita sports wagering is as high or higher in high-tax states as it is in lower-tax states, he said.

Two of the Senate bills incorporate the 10%tax, while Hoskins’ bill sets it at 21%. Hoskins’ bill also allows the Missouri Lottery to set up terminals for “parlay” bets, which is a wager that selects winners in two or more sporting events.

The casinos oppose the higher tax and the lottery’s role, but Hoskins is adamant that he must be satisfied with the bill or it will not pass.

“I am concerned with making sure whatever bill comes out is best for Missouri taxpayers,” Hoskins said.

Another issue is how the profits are calculated before being taxed. The bills, as introduced, would allow all promotional efforts, such as free credits to be wagered or prizes for creating accounts, to be deducted. Under the changes engineered by Cupps, sports wagering operators would enjoy 100% deductibility in the first year and a phase-out at the rate of 25% per year over four years.

The Senate bills do not phase out the deductibility.

“The promotional play deduction is something for the industry to incentivize players in the illegal market to get them to the legal sports betting market,” Winter said in an interview.

It makes sense to allow promotional costs to be deducted as legal sports wagering is introduced in order to attract players who may be using illegal platforms, Cupps said. Once established, the deduction should not be as generous.

“We genuinely want to see something that is right for Missouri,” he said. “We don’t care how it is done, we just want some equity there and make sure that the value for the state is right.”

Along with a tax rate equal to the current tax, Priddy wants an increase in the fee paid for every person who visits one of the 13 casinos. The fee, $2, has been in place since 1992 and, if adjusted for inflation, would be almost $4 today.

The fee is charged for every two hours that a person remains in the casino and is split between the Missouri Gaming Commission and host cities. An increase would generate more money for host cities, more money for state programs such as veterans homes and scholarships and perhaps money for a steamboat history museum in Jefferson City.

“I don’t know of a single non-appropriations bill that has the chance to do more good for more people than any other bill without a general tax increase,” Priddy said.

The casinos supporting the bill oppose an increase in the haven’t decided whether to back Cupps’ call for a fee that would go to communities where people are gambling online, Winter said in an interview.

“We are in the process of reviewing some of those ideas,” he said.

There is a problem on the horizon if lawmakers pass the sports wagering bill that could prevent it from being offered online. The Missouri Constitution only allows casino gambling to occur within 1,000 feet of the main channels of the Missouri and Mississippi Rivers.

The sports wagering bills would require bets to be processed through a computer in a licensed casino instead of requiring bettors to travel to a casino.

When Florida tried to do something similar, by allowing the Seminole nation to operate sports wagering statewide with computers at their casino, a federal judge called it a “fiction” that the wagers were made at the casino.

That ruling raises interesting issues, Cupps said, but he thinks Missouri courts will allow it.

“I am concerned that we are legalizing something that is going to be challenged in the courts,” he said. “I do think they have crossed their t’s and dotted their i’s.” 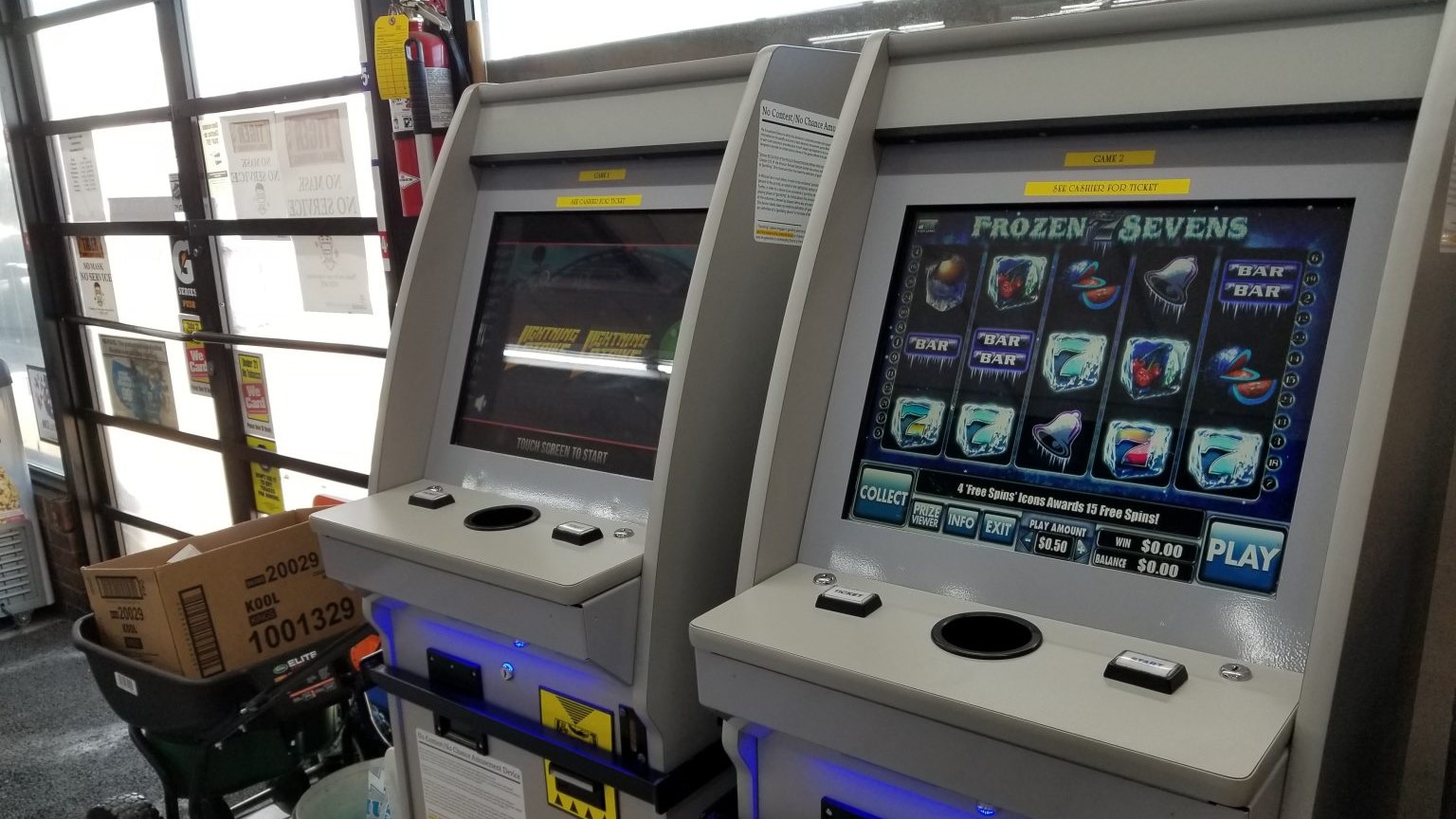