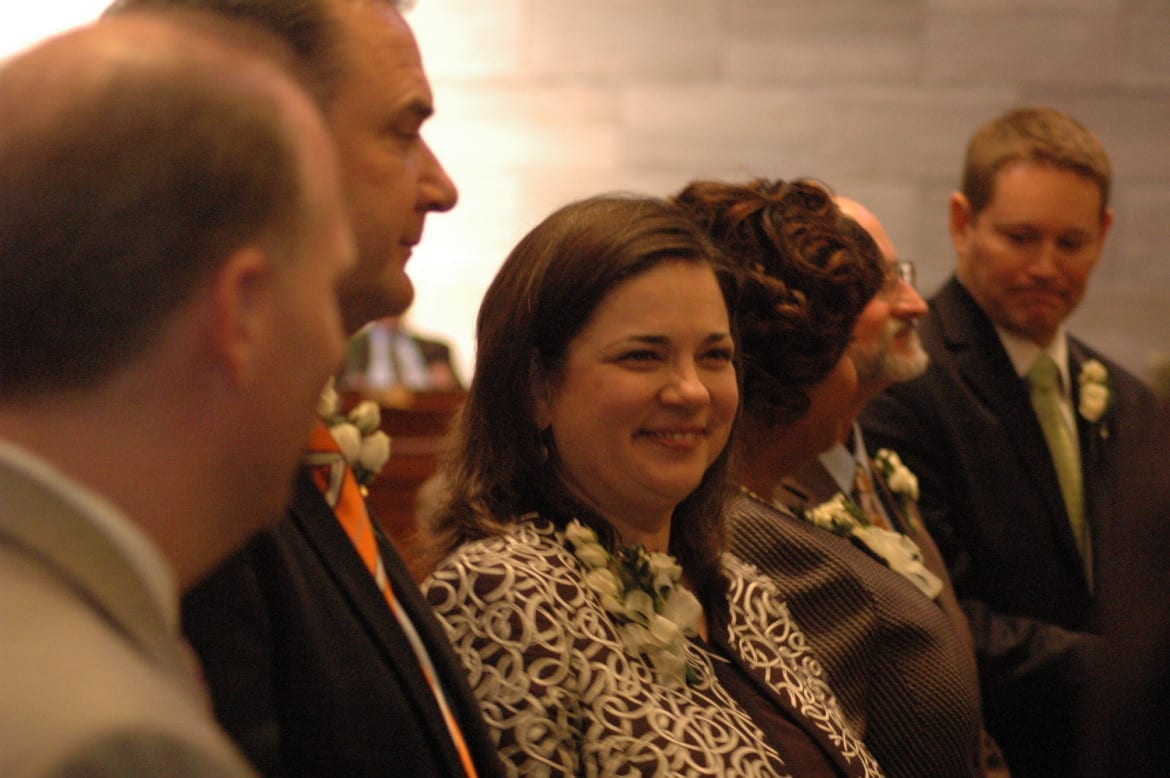 Jolie Justus, pictured here after her swearing in to the Missouri Senate. (Photo: Missouri News Horizon | Flickr)
Share this story

Fountain City Frequency’s Matt Hodapp sat down with Kansas City Councilmember Jolie Justus to talk about her historical tenure as the first openly-gay member of the Missouri State Senate, where she served from 2007-2015. Here, and in the accompanying podcast, Justus gives the back story on her experience serving in the Missouri Legislature.

Two years before Jolie Justus was elected the first openly-gay state senator in Missouri, the General Assembly pushed an anti-gay marriage amendment to the ballot box, and voters approved it by 71 percent. The politician — who now serves on Kansas City’s Council — says this was in the forefront of her mind on her way to Jefferson City.

“I didn’t know what to expect,” says Justus. “They heard that I was this liberal lesbian, and that I was also smart, and that scared them.” 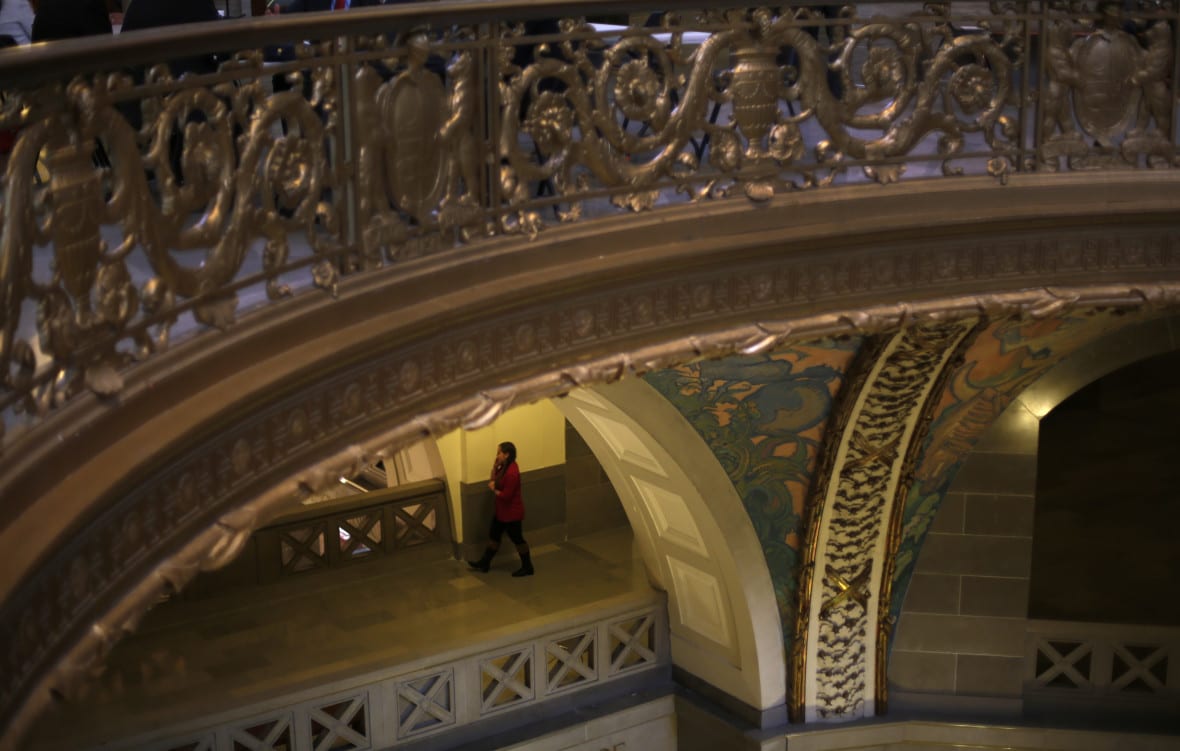 One of the first assignments for newly elected officials is a bus tour of the entire state to familiarize themselves with schools, hospitals, and prisons. As she was getting off the bus in Farmington, Missouri, Justus recalls a fellow senator introducing himself as “the redneck homophobe who banned gay marriage.”

That was Senator Kevin Engler, the legislator who had carried the 2004 bill that allowed the anti-marriage amendment to be put on the ballot.

A year later, one of Engler’s staffers ran into Justus’ office, saying the senator needed her assistance with a gay man down the hall. Engler was having a meeting with a group of LGBT constituents. Justus, expecting the worst, was surprised to find Engler concerned about the lack of nondiscrimination legislation to protect LGBT Missourians from being fired based on sexual orientation.

“He said, ‘Well that ain’t right, Jesus wouldn’t fire anyone for being gay,’” Justus recalls. “At that minute I picked up a Republican co-sponsor for my legislation.”

The same legislator who opposed gay marriage became one of Justus’s strongest supporters for her Missouri Nondiscrimination Act (MONA), which would ban the termination of LGBT individuals based on gender identity or sexual orientation. Together, this odd pair managed to collect the nine Republican votes needed to push the bill out of the Senate.

“When we looked at the map of the floor of folks who had voted with us,” Justus says, “most of the Republicans who voted with me were the folks who sat around me on the floor.”

Despite getting voted out of the Senate in 2013, MONA has never passed into law.

During his 2016 State of the State speech, Gov. Nixon called on the Legislature to pass the bill.

“It’s unacceptable that Missourians can still be fired for being gay, that’s wrong. It’s not who we are and it must change,” Nixon said.

Sen. Joseph Keaveny is the primary sponsor of SB 653, the 2016 session’s attempt at passing MONA. Keaveny chairs the Senate Committee on Progress and Development, which approved the bill earlier in February of 2016. But SB 653 hasn’t yet been added to the Senate floor’s debate calendar.

“The Missouri General Assembly is overwhelmingly conservative, so it’s not one of their banner issues. They’d just as soon it go away,” Keaveny said.

Missouri is one of 28 states that does not include LGBT individuals in their nondiscrimination policies.

“The level of sexism that is perceived coming out of Jefferson City is real, and it is as bad as everyone thinks it is, and it is getting worse,” Justus says. “And I’m hoping that the light that has been shed on it is going to be a significant game-changer.”

Justus left the legislature in 2014. In April 2015, she was elected the first openly-gay council member in KCMO. She says her time in Jefferson City working with fellow legislators taught her that it’s essential, for any interest group, to have representation.

“If you don’t have a seat at the table,” she says, “you’re probably on the menu.”