The Roe v. Wade decision by the U.S. Supreme Court establishing a national right to abortion 50 years ago and subsequent action by the Kansas Legislature to regulate abortion shaped a balanced approach through which women could determine whether to carry pregnancies to term, he said.

McKell said he opposed the proposed amendment to the Kansas Constitution on Aug. 2 ballots. It was designed to nullify a 2019 Kansas Supreme Court finding the state Bill of Rights guaranteed women the fundamental right to bodily autonomy and life, liberty and the pursuit of happiness, including an abortion.

Passage of the state constitutional amendment, reversal of U.S. Supreme Court precedent in Roe v. Wade and adoption of new abortion restrictions by the Legislature could force women to go outside Kansas to secure family planning services.

“I spent a lot of my life professionally as a pastor working with families about a great variety of issues — ethical issues, moral issues,” McKell said on the Kansas Reflector podcast. “I don’t think any woman approaches a choice … about abortion easily.”

“To force a woman to go out of state is counter to the way I think God wants the world to be. We’re created to live in community and family, in neighborhood, in church, in friends. To force a woman facing a very hard decision to travel into a foreign setting, wherever that might be, is to deny the woman the context in which I think God wants us to make decisions,” he said.

Kansas registered voters taking part in the August primary will decide whether to add the abortion amendment to the Kansas Constitution. Amendment advocates say the goal was to reassert the Kansas Legislature’s central authority over abortion regulation in the state, which also could deter court challenges to laws restricting abortion.

Opponents of the Kansas amendment view it as a step toward banning abortion in the state or a pathway to medically irrelevant regulations that inflict undue emotional or physical harm on people seeking abortion care.

Ashley All, representing the bipartisan organization Kansans for Constitutional Freedom, said reports Roe v. Wade would fall prior to the August abortion amendment vote made for an unprecedented moment in Kansas’ consideration of abortion rights.

“It definitely raises the importance and the urgency around this particular amendment,” All said. “It reinforces just how critical it is that we stop this constitutional amendment in Kansas and make sure that Kansans women have the right to make these personal health care decisions free from government interference.”

The “Value Them Both Amendment” was proposed in 2020, but failed to receive the required two-thirds majority in the Kansas House to be added to statewide ballots. In 2021, the Legislature secured supermajorities to get it on the ballot.

Kansans for Life, a pro-life organization, developed the Election Integrity and Voting Rights Project to build grassroots momentum for the amendment. Rep. Blake Carpenter, a Republican from Derby, was named director of KFL’s election project.

“With the coming election so critical to future generations, we should continue to use every tool at our disposal and ensure every legal vote counts,” Carpenter said.

A vote for the amendment would declare no right to abortion existed in Kansas and the Legislature had authority to pass any law regarding the procedure, including whether abortion would be allowed to save the life of a pregnant woman or in instances in which a woman was the victim of rape or incest.

All said a ban on abortion without exceptions was out of step with most Kansans. A poll by the Docking Institute of Public Affairs at Fort Hays State University indicated 60% of Kansas believed there ought to be some access to abortion care in the state, she said.

“The amendment very specifically gives politicians the power to pass any law they want regarding abortion, including a complete ban,” All said. “In the amendment, it clearly states that they may regulate or they may make pass laws regarding abortion, including but not limited to situations of rape, incest. And, so we are giving politicians control over those decisions, instead of leaving them to Kansans.”

Rep. Trevor Jacobs, R-Fort Scott, introduced a bill during the 2022 legislative session that would criminalize abortion unless the procedure was associated with an ectopic pregnancy, miscarriage or stillbirth. Health professionals performing abortions, including abortions with use of a pill, would be prosecuted along with women obtaining abortions. His bill offered no exception for rape, incest or conditions threatening the life of a mother.

In 2019 during a House debate about medically induced abortions, Jacobs said civil and religious privileges granted by God were impossible to enjoy “if Kansas continues to allow helpless babies to be murdered in the womb.”

“The church teaches us that God respects women, trusts women,” he said. “I think the current law in Kansas does exactly that. It respects a woman’s right to make decisions about her life, just as the church does. I’d like to keep it that way.”

He said the Bible didn’t contain scripture revealing the right or wrong of abortion. Neither the Old Testament nor the New Testament condemned abortion, he said.

“It’s clear from the Christian context that what takes precedent over every dimension of our existence is the teaching of love,” McKell said. “I think that leads to loving a woman and her ability to decide for herself.” 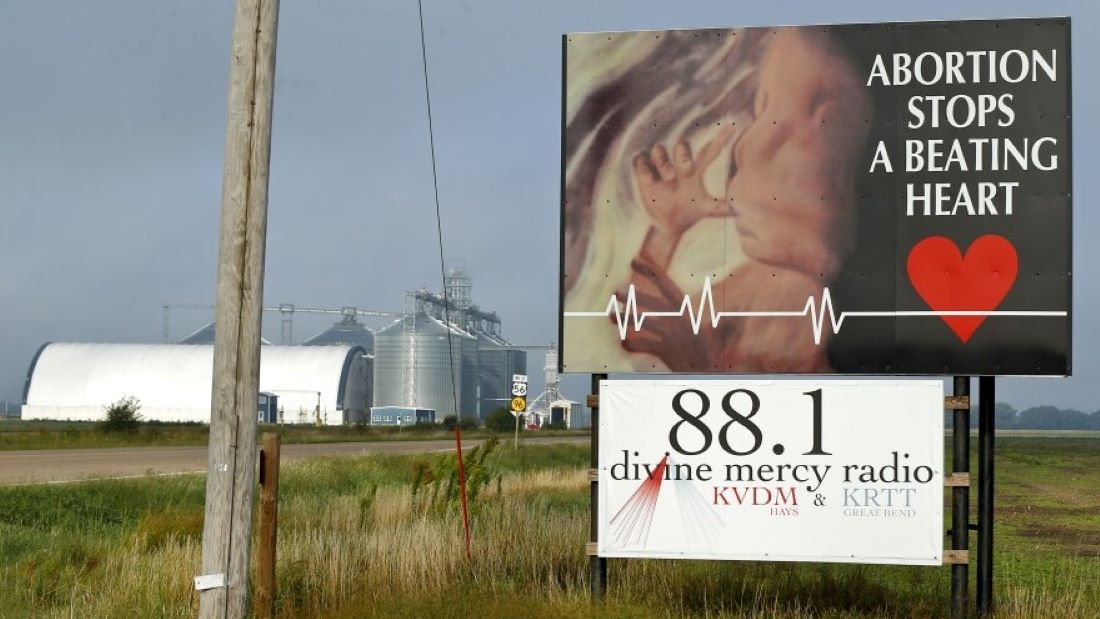