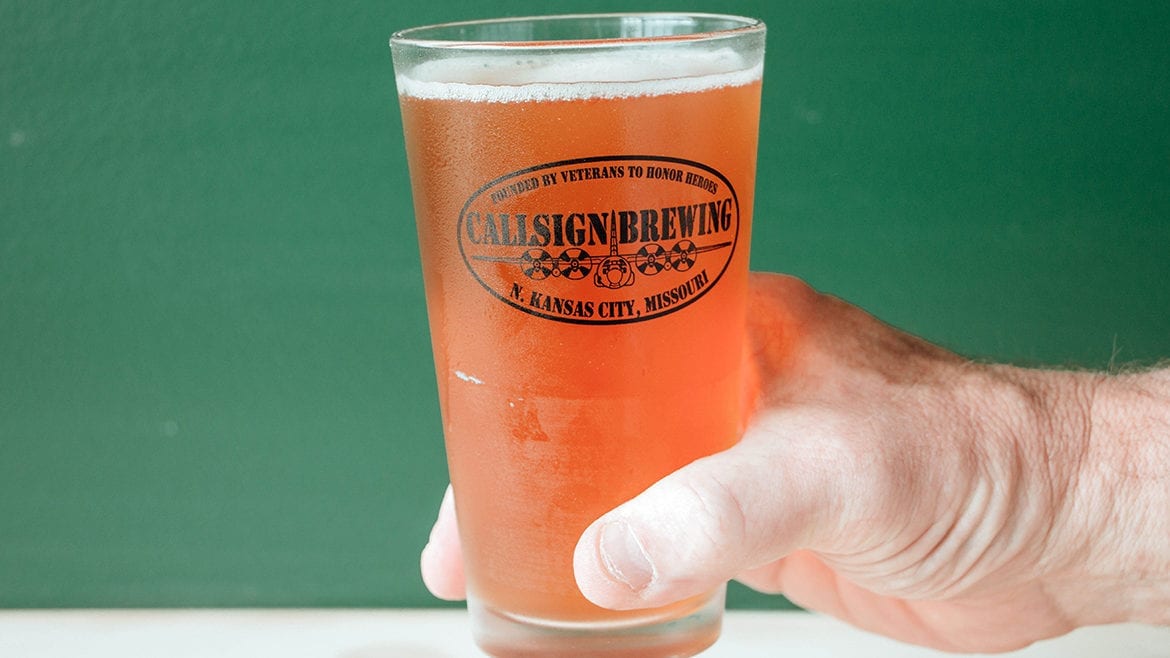 Steve Sirois was pouring his homebrew at a festival in Zona Rosa when he realized the impact he could have with a conversation over a beer.

“Our beers are named after fallen aircraft, and we had one of the widows of a flight engineer come up to where we were pouring,” Sirois said. “She told me that nobody had ever done anything like that to remember her husband.”

That moment was the catalyst for the brewery designed to honor fallen heroes and military service. Callsign Brewing is a nod to the names given to servicemen and women, a shorthand that can adorn everything from airplane fuselages to flight jackets.

“We want to be the place where veterans and firefighters and police can come and be heard,” Sirois said. “We want to let them know we’re here.”

“Here” is a former tire patch manufacturing plant at 1447 Gentry St. in North Kansas City, Missouri. Sirois, who is currently a pilot for the Missouri Air National Guard, hopes Callsign Brewing will open the first week of July. 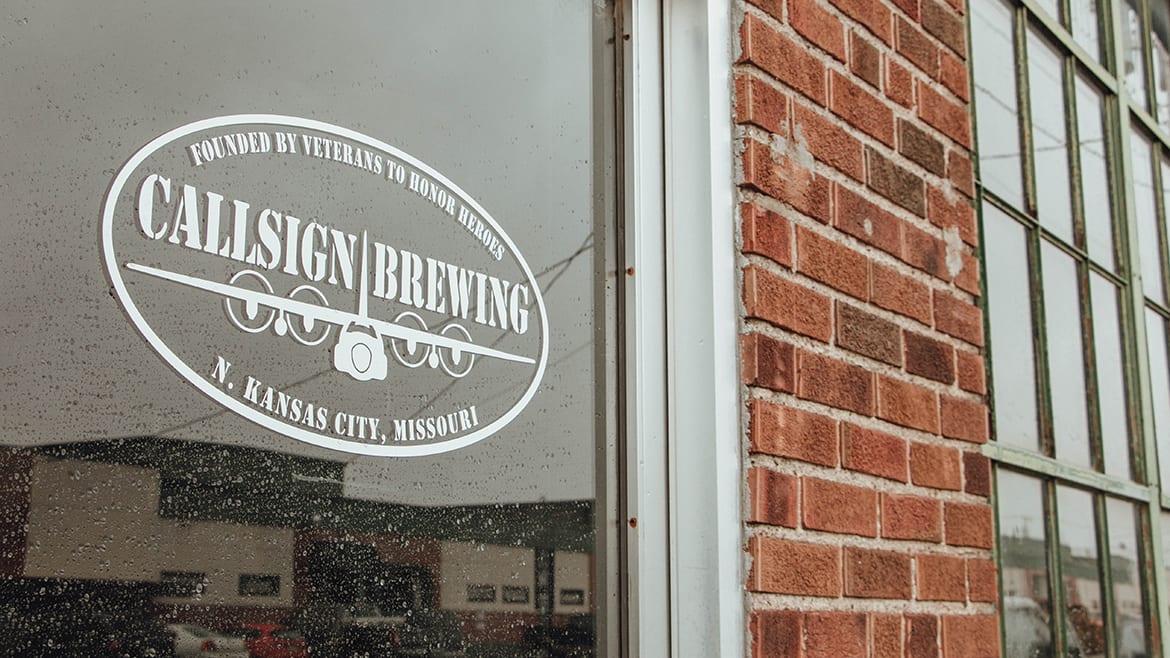 The front half of the building, which faces Gentry Street, is where the tap room will be located. The bar will have 12 taps and launch with four of Callsign’s brews: Little Fighter Pale Ale, Hercules Amber Ale, a brown, and a blonde. Beer will be available by the pint, flight, or in growlers to go. 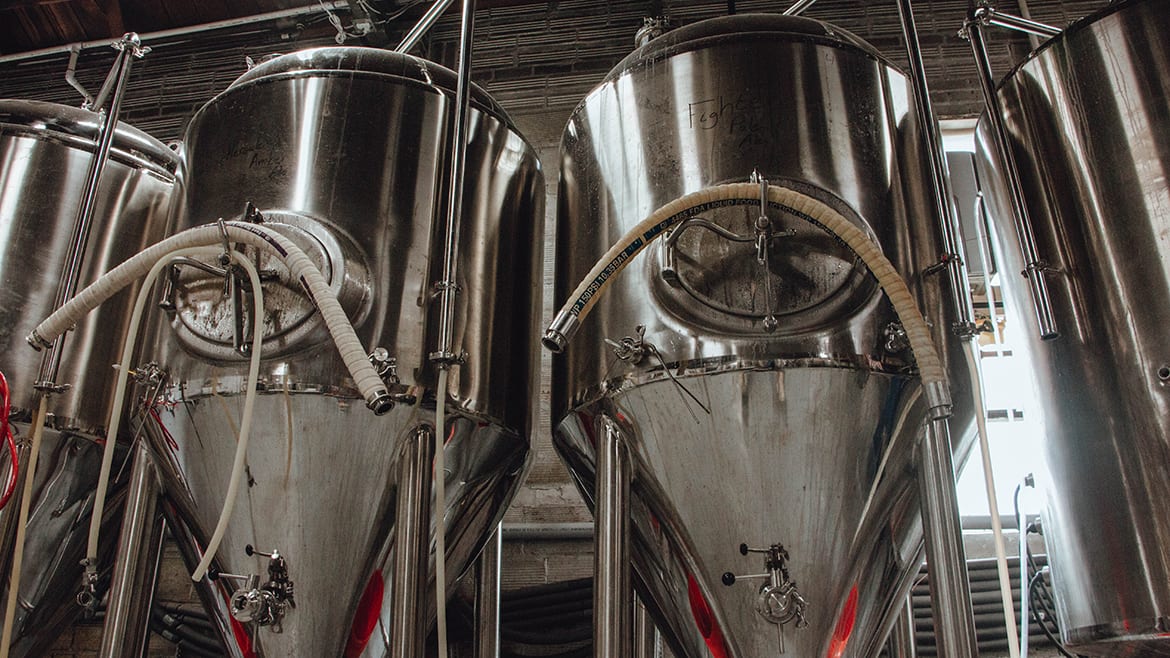 The back half is the production side, where four stainless steel tanks sit across from branded kegs that arrived last week. Wooden ribs line the arched ceiling, mirroring the feel of an airplane hangar.

“I saw it to be a hangar-looking type brewery with an aviation feel and a ‘this is a cool place to drink,’ feel,” Sirois said.

Sirois is opening Callsign with his son, Steve Sirois Jr, as well as Morris Loncon, his original homebrewing partner. In June of 2017, the brewery raised more than $25,000 on Kickstarter to help with the launch. Sirois and a host of volunteers have spent the past 13 months demoing and building out the brewery space.

“We’ve gone all this way so far, there have been a lot of hiccups in the road, but nothing that we weren’t able to hurdle ourselves across,” Sirois said.

On a recent Thursday, Big Rip’s Josh Collins stopped by to see the progress at the brewery and try a few of Callsign’s brews. When Callsign opens, it will be the fifth brewery (joining Big Rip, Cinder Block, Calibration and Colony KC) inside of a two-mile stretch in North Kansas City.

“I can’t wait until we have our feet planted in the ground and we’re selling beer,” Sirois said. 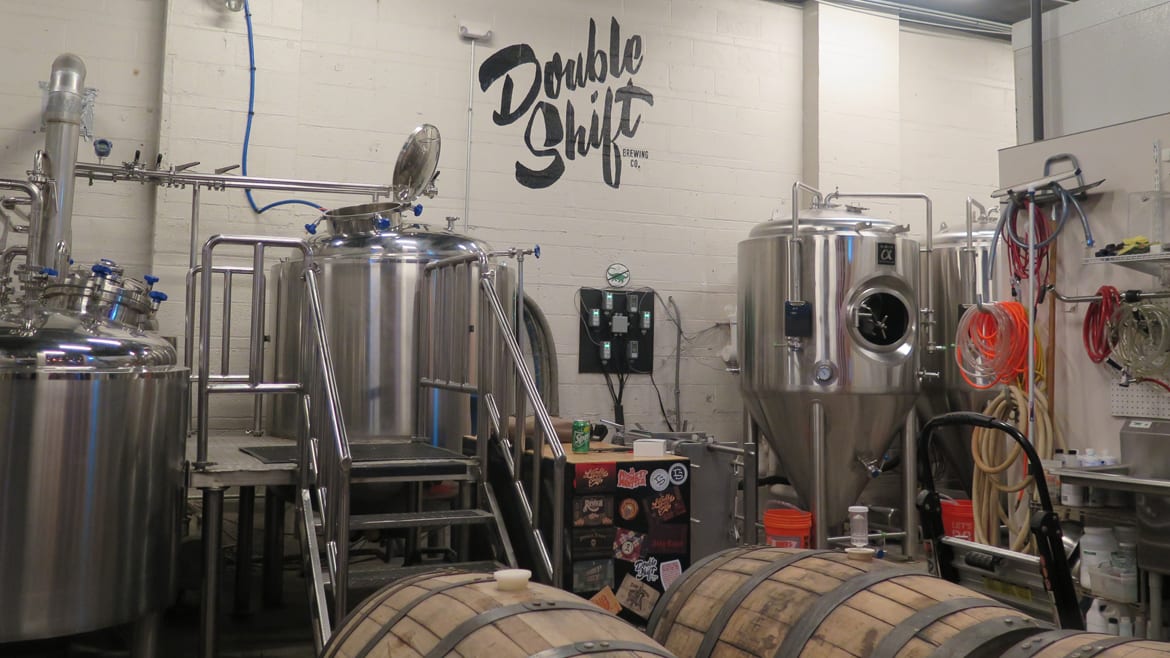 Black Labs Craft Meadery has its grand unveiling at Brew Labs this week. Check out our recent story and the calendar entry below for details.

McCoy’s Public House (4057 Pennsylvania Ave.) has a pair of wheats, peach and unfiltered, on tap. Both clock in at 4.5% ABV. And Ginger Shandy, the summeriest beer, is back. 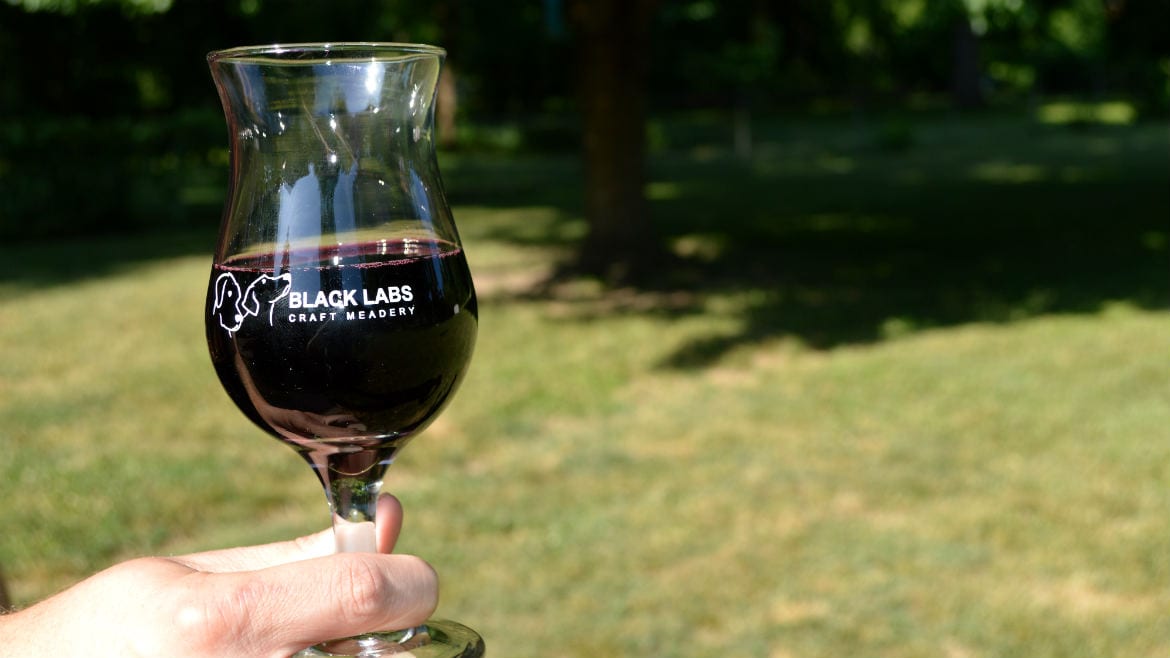 Black Raspberried Treasure will be one of two meads available from Black Labs this week. (Jonathan Bender | Flatland)

Colony KC (312 Armour Road, North Kansas City, Missouri) releases its collaboration beer with author Pete Dulin to coincide with his book, “The Expedition of Thirst.” It’s a brew (12.5% ABV) made with grilled pineapple, guajillo peppers and lactose. The beer release event is from 4 to 7 p.m.

Mario Kart is just the gift that keeps on giving. Colony KC’s Rainbow Road series continues with the release of Coconut Sherbet Ale. Brewer Rodney Beagle said the beer is a sour ale with toasted coconut, lactose and vanilla bean.

HopCat Kansas City (401 Westport Road) has a hangover fixer on its Saturday and Sunday brunch menu (offered until 3 p.m. both days). The Mac & Chaz sandwich is macaroni and cheese with bacon and jalapeños. Those are topped with scrambled eggs and onion rings. Good luck.

Room 39 Mission Farms (10561 Mission Road, Leawood, Kansas) and Torn Label Brewing Co. are working together on a five-course beer dinner that starts at 6 p.m. High Tai is paired with a pork luau, and Simpatico IPA comes with grilled beer bread and ratatouille.