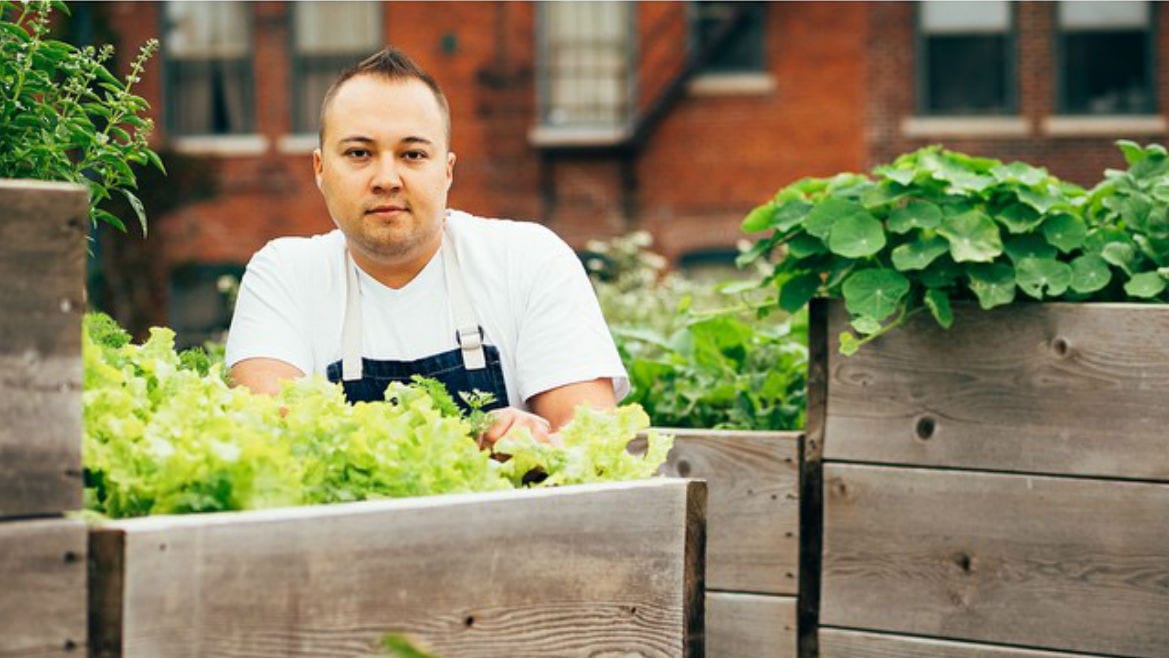 Chef Joe West is ready to bring back his pop-up concept Kusshi. (Photo courtesy of Brandon Waldrop)
Share this story

The sizzle of a modern steakhouse concept drew executive chef Joe West into helping to open Stock Hill (4800 Main St.) on the Country Club Plaza last December; but nine months in, West has left the kitchen.

“We couldn’t do 20-ingredient dishes [at Stock Hill]. You have to create dishes that are easy to replicate over and over. The bigger your staff is, the less hands-on you can be,” West said. “I tried really hard to do it, but you can’t fit a round peg in a square hole.”

Sunday was his last day, and West intends to revive Kusshi, a pop-up concept he began in 2015 that nearly came to the Westport area last year. It would have marked a return to the neighborhood for West, who was a chef de cuisine at Bluestem earlier in his career. Megan and Colby Garrelts, the duo behind Bluestem, are developing a sister location to Rye (their Midwest-comfort-food spot in Mission Farms in Leawood, Kansas) on the Plaza in the former Morton’s Grille space.

“As a chef, you want to make people happy, and you compromise. And then after you compromise, all of the sudden you’re not really happy.” — Chef Joe West

“I knew it wasn’t going to be Kusshi,” West said. “But the dish I wanted couldn’t always be the exact way I wanted it. It might not be the exact cut on the beef tartare or the right plate.”

While West was in control of a kitchen that put out plates for several hundred people on a Saturday night, he said he felt like there wasn’t enough of himself on the plate.

“As a chef, you want to make people happy, and you compromise,” West said. “And then after you compromise, all of the sudden you’re not really happy.”

West plans to transition to Kusshi full time, aiming to put on a pop-up dinner per week.

“Kusshi is whimsical and fun. It’s not pretentious in any way. It almost pokes fun at being pretentious,” West said. “The food is focused and about my life, whether that’s a dream or something that really happened.”

In 2016, West and Erik Borger, the owner of Il Lazzarone, discussed the possibility of opening a Kusshi concept inside of Komatsu Ramen (3951 Broadway) in Midtown. After the proposed partnership dissolved, West prepared dinners at Green Dirt Farm, Powell Gardens, and Vox Vineyards last summer and fall before accepting a position with Bread & Butter Concepts.

“The restaurant business is a hard business. People get burnt out easily,” West said. “There’s got to be a different way to run a restaurant, and I think a little creativity will help.”

For now, that means setting a budget, scouting potential locations, strengthening relationships with farmers and penning a business plan.

“It’s always been a goal of mine, since I was a kid, to open my own restaurant,” West said. “All I need is a stove, refrigerator, table and a sink.”

Chef Joe West Tells Us How to Turn Leftovers Into Breakfast