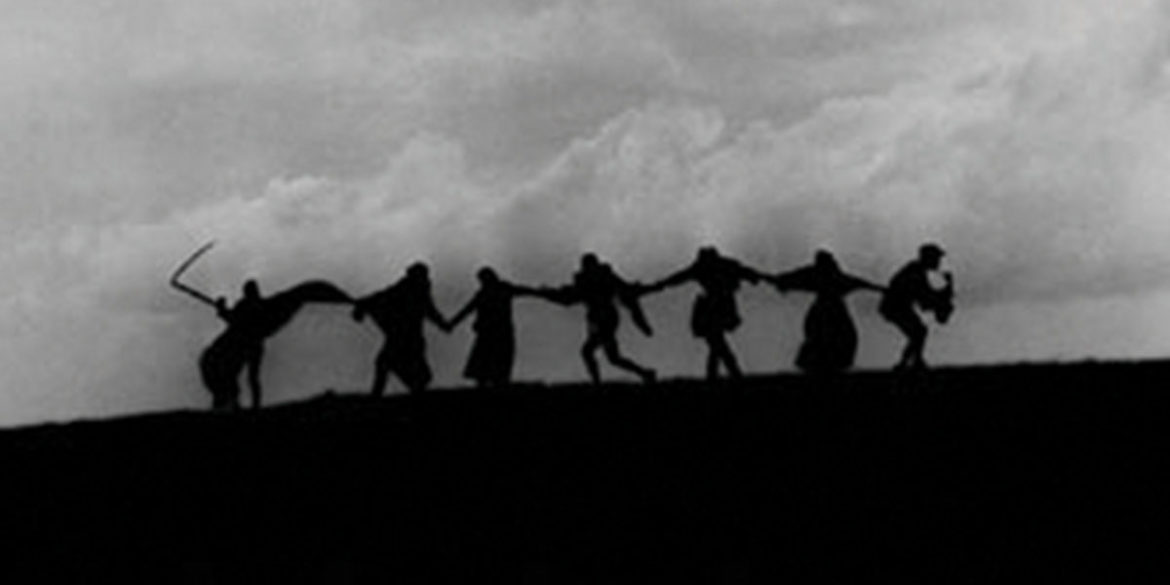 The famous final scene, known as the dance of death, from Ingmar Bergman's "The Seventh Seal."
Share this story

A few locations routinely pop up when taking inventory of haunted places in Kansas City.

The most legendary of all local haunts is the Epperson House on the University of Missouri-Kansas City campus, according to Darren Hinesley, a local expert on Kansas City hauntings and host of the podcast Creepy in KC. Hotels such as the historic hotel Savoy and places of worship such as St. Mary’s Episcopal Church also are thought by some to be scenes of paranormal activity.

But ghost stories do more than just frighten us. They also inspire more serious discussions of the soul and afterlife.

Most faith traditions believe in an unseen world – a world of spirits, angels and demons. The Rev. Dr. Mathew Silvers, a progressive protestant pastor at the Lee’s Summit Christian Church, says that most Christians believe in an afterlife ranging from heavenly gates and angelic choirs to a dark underworld and fiery torment.

“My beliefs are firmly grounded in a grace-filled and loving God,” Silvers says. “I don’t see a need for hell and eternal damnation. Nor do I believe God, whose love seems to have no limits, would send people to such a place.”

As for ghosts or disembodied spirits, Silvers says that there is no official doctrine in the Christian faith tradition that gives credence to such apparitions. “Ghosts and spirits make for interesting urban legends and Hollywood entertainment, but in spite of such fables I don’t believe they exist,” he says.

Christians, generally speaking, have a belief in the afterlife or the spiritual realm. But stories or traditions of interactions with deceased relatives or friends are rare.

“Spirits, ghosts, ghouls or other scary stories are simply that,” Silvers says. “In a world filled with scary things, I think it is some small attempt to ignore the greater threats that seem insurmountable and terrifying. I would rather spend my spiritual energy tackling those real threats with the help of my spiritual sisters and brothers of many faith traditions.”

Rabbi David Glickman of Beth Shalom, the largest conservative Jewish congregation in Kansas City, teaches that Judaism has a deep respect for both the living and the dead.  “We believe that our physical bodies are finite and limited, but that each of us has a soul (neshama) that is a piece of the divine that lives eternally,” Glickman says. “This piece of the divine returns to God after our physical death.”

Glickman says that while there are stories in both the biblical tradition and in the rabbinic tradition of people being able to communicate with those beyond the grave, “Deuteronomy 18:11-13 is quite clear about the prohibitions against necromancy,” which is the practice of magic involving communication with the dead.

Although liberal Jews may be comfortable with haunted houses and other customs surrounding Halloween as simply fun activities, other more traditional views, says Glickman, eschew these activities as glamorizing pagan rituals.

Imam Abdelhamid at the Islamic Center of Johnson County says that the Islamic tradition teaches that there is a seen and unseen world and part of that unseen world is a belief in supernatural beings, known in Arabic as Jinn. These beings live in a world parallel to humans. Islamic teachings hold that once a person dies, however, they cannot return to the place of the living.

Whatever one’s personal beliefs might be about ghosts and the paranormal, Kansas City is home to a handful of real-life properties that may or may not be playing host to some long-term guests. If you are feeling adventurous this Halloween, the good news is you do not need to go too far to find out who, or what, dwells where.