Public TV’s Future Will Be a Huge Tote Bag of Cash, If PBS CEO Paula Kerger Has Her Way 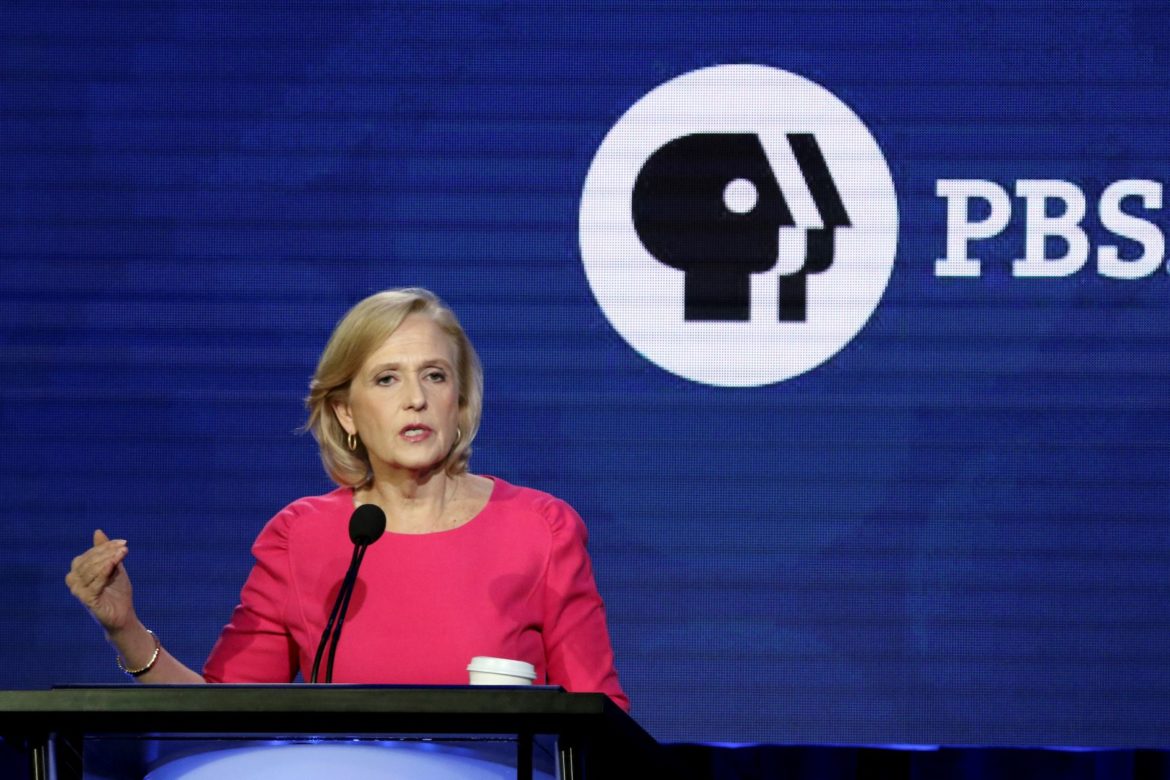 Paula A. Kerger is the longtime CEO of PBS, the nonprofit that produces and distributes public TV’s signature shows — “PBS NewsHour,” “Finding Your Roots,” “Masterpiece,” “Nature,” the Ken Burns films, and “Caillou” to name a few. She was in Kansas City this week on a mission, one that could be a game-changer for both PBS and local stations like KCPT.

In an interview at Flatland, the digital magazine of Kansas City PBS, Kerger explained her mission in terms even a casual viewer could understand: “What if we could get people to think a little bit larger than that tote bag?”

We’re at what feels like an inflection point in our culture, where the things people say they want more of — reliable news and information, civil discourse on the issues, entertainment unsullied by commercialism, educational media that actually educates — are scarcer than they’ve ever been.

That’s the paradox of public TV. Year after year, people tell pollsters they trust PBS and its 350 member stations like no other institution. Yet from its inception 49 years ago, public television has lived a hand-to-mouth existence, pleading with Congress for annual funding, begging on-air for viewer support, selling spots to advertisers that stop just short of naming rights (“BNSF NewsHour,” anyone?).

Kerger thinks it’s time to flip that script. And if anyone deserves a hearing on why public TV deserves more money, it’s the woman who raised $65 million in the 1990s to get New York City’s public TV station back on solid footing.

“What if we start talking to people who have been making larger contributions to arts organizations or universities or hospitals, and have them at least think about PBS as part of their considerations?” Kerger asked.

It’s a simple yet tricky proposition: get folks to stop thinking of public TV as a ward of the federal government (which only provides 15 percent of its funding) and recognize stations like KCPT for what they really are — local cultural assets, just like the Nelson-Atkins Museum of Art and Kansas City Ballet, that are worthy of their generosity.

This was exactly the case that Kerger made when she led the successful capital campaign as vice president for development at WNET-New York. But she’s not in local TV anymore, and that’s the rub. The arrangement between PBS and its stations is interdependent. Kerger compares it to a co-op, like the farmer-owned Land O’Lakes. Yet much of a local station’s budget consists of fees to PBS to pay for those brand-name national shows.

And then there’s Congress, which under Republican control has routinely threatened to zero out support for public media. PBS, fingers crossed, will get $330 million next year from the taxpayer-funded Corporation for Public Broadcasting for content, technology, distribution, and other expenses. (By comparison, Netflix is projected to spend $15 billion on content alone this year.)

“It’s sensitive because I don’t want Washington to think they’re off the hook,” said Kerger. “Their stake is about 15% and has been flat for ten years. And we’re now publishing on all these different platforms, so our cost base has actually gone up a lot.”

One excellent but little-known example of PBS “publishing” on new platforms is Passport, its on-demand service. Arguably the best value in streaming video, Passport makes thousands of hours of new and archival programs available to any viewer who donates $5 a month to their local station.

In recent months PBS has experimented with dropping whole series, Netflix-style, onto Passport before airing them on TV. Jennifer Hinders, PBS director of video strategy, has started acquiring shows as Passport exclusives. All of this costs money in the form of donations, which need to make their way to PBS headquarters in Virginia… via the local stations, where viewers actually send their checks. It’s not an intuitive process.

But Kerger knows one group of viewers are very good at following the money: major donors. These are the people that she and Brian J. Reddington, the executive director of the PBS Foundation, will begin sounding out in the coming months about fattening public television’s endowment, which currently stands at $250 million. (By comparison, the Bill and Melinda Gates Foundation has $51 billion in assets, while the MacArthur Foundation, a frequent funder of PBS, has $6 billion.)

The process got underway this week in Kansas City, when Kerger and Reddington met privately with a group of benefactors put together by KCPT President & CEO Kliff Kuehl.

Why Kansas City? Because, Kerger said, it’s a town that’s proven it supports the arts, and because KCPT has rethought its business model. Under Kuehl’s decade of leadership KCPT has expanded to four over-the-air signals — five if you count 90.9 The Bridge, which it acquired in 2013 — built the Hale Center for Journalism, and launched the news site you are currently reading, among other initiatives.

“The smart stations are ones like KCPT that stepped back, looked at the local environment, figured out what’s missing, and reinvented themselves as not only media organizations, but really community-based organizations,” Kerger said.

She believes helping ambitious stations like KCPT produce more programs is the key to the whole system’s success. In the olden days most PBS shows came from a handful of powerhouse stations like New York’s WNET and Boston’s WGBH. But these days, a great idea can come from almost anywhere.

Take “Retro Report,” the new eight-week series that uses surprising stories from the past to illuminate current topics. The show, which debuted last Monday on PBS, began years ago as a short-form documentary website. Perry Simon, the former BBC America chief who joined PBS in 2018, picked it up from Georgia Public Broadcasting, which had never originated a national PBS program before.

Growing the endowment would create a revenue stream that would give PBS executives a tote bag filled with cash every year to “take the pressure off stations in the system and have the resources to do the work that we can,” Kerger said.

It’s a lofty dream, and an old one. Forty years ago, the Carnegie Commission on the Future of Public Broadcasting released its landmark report calling for Congress to endow public TV and radio to the tune of $2 billion (about $7 billion today) with this clarion call that could be repeated almost word-for-word today:

“Public broadcasting can easily bring together, face to face, people who might otherwise never meet in daily life… It can harmonize us in our local concerns. It can bind a nation together by constructing a common catalog of the best in our own society and world culture. A hundred years ago, such experiences were the preserve of a wealthy elite. Now they can be made available to all. The determination to do it is necessary.”

A growing chorus of voices call for private philanthropy to step in and help shape the future of public media. In an op-ed piece earlier this year, Howard Husock, a former Corporation for Public Broadcasting board member and researcher at the conservative Manhattan Institute, calls the decline of local journalism “a threat to democracy” but “an opportunity for public media” that foundations should “join hands and open wallets” to make happen.

Kerger has led PBS for 13 years, and just signed a new deal extending her tenure through 2024. An endowment would be her legacy to public media. She knows that iconic PBS figures — Fred Rogers, Julia Child, Bob Ross, Ken Burns — are held in higher regard now than ever before. She recognizes that public media’s best work is often done out of the limelight, providing pre-K learning and rural broadband. And she knows the next 10 years could be just as tumultuous and transformative as the last 10 years have been.

“There’s a big problem on college campuses now where they’ve created ‘safe spaces;’ and so there are no longer places where people can be confronted with different points of view,” she said. “Adults can’t even talk about stuff because they don’t want to offend people. You can’t engage in conversations because if you should change your point of view, that’s a sign of weakness.

“This is not how civilizations exist. You have to be able to share ideas and talk and debate. And even if you don’t change your perspective, at least you understand someone else’s. I put this in every speech I give: ‘Our goal should always be to bring light and not heat to conversation and discourse.’ It’s not about avoiding the hard issues. It’s about creating the environment.”

But that’s hard to do without some do-re-mi in the tote bag.


Aaron Barnhart is a Kansas City-based writer and TV critic. You can find his work at tvbarn.com and primetimer.com.