The word “ballroom” can create confusion.

For many people the images that bubble up are precise, stylized dancing with two people and beautiful gowns. And while that is true for ballrooms, there is an emerging underground ballroom scene involving houses with chosen mothers, chosen fathers and chosen family.

That is the ballroom being celebrated on HBO Max with the competition series “Legendary.” As season three premieres this week, you can see an international house with a very local performer.

Father Papi Alain Mikli — the ballroom name of Keith Irvin of Kansas City — is not able to discuss many of the details about season three. But Flatland got a sneak peek behind the scenes.

Although this ballroom scene started largely with white, gay men more than a century ago, it evolved in the 1980s into a safe space for Black and Brown, queer and trans performers.  The “Legendary” competition has chosen to go one step further this season and take on all challengers.

From the very start in season one the House of Ninja was invited in even though it was made up of cisgender women. “Legendary” judge Leiomy Maldonado wanted to make it clear that in a world that accepts people for who they are, ballroom is for everyone.

Papi first heard that his house was being considered for season three of “Legendary” in the summer of 2021.  From an international house of approximately 50 members, five from New York, Boston, Chicago and Kansas City would form the final “Legendary” house.

There were interviews, background checks, even a psych evaluation. House members initially were told they were to be alternates, but next came the news that they were being dropped altogether.

In true Hollywood style, two days later they got the call that a house dropped and the House of Alain Mikli was headed to Los Angeles!

“Producers later commented on how shocked we looked on the zoom call.  We were trying to listen to all the details but we were still in the moment of we just got picked for ‘Legendary’,” laughs Papi.

They had less than 24 hours to pack everything they would need for up to three months and get on a plane.

In 2007, when Papi was 20 years old, he discovered ballroom via YouTube clips seen at a friend’s house. A lover of art in all forms, he was taken with this abstract dance art form that was like nothing he had ever seen before and decided he had to try it.

The first ball Papi walked was at Tootsie’s bar in Kansas City a year later. For him, performing became like a drug.

“If you’re interested and it takes you there you want to keep trying and keep riding that high,” Papi says.

Even though Papi suffered from extreme stage fright when he was younger, ballroom gave him the confidence to be who he was, unapologetically.

Production of the show in Los Angeles was still constrained by COVID-19 restrictions, so there was no sightseeing and no hanging out at the beach for the five who had never been to the city.  In retrospect, Papi considers it a blessing because there were no distractions from rehearsing.

And there was a lot of rehearsing. At the end of a long day in the studio, the team would push all the furniture in one of their hotel rooms against the walls and rehearse for several more hours.

They may not have made it to the beach but they did make it to New York – or at least sets that looked like New York.

“The crazy thing was standing in spots I know I saw on a TV show,” marvels Papi. “And it looks like I’m outside in the streets of New York but I’m in a studio in California. I never thought I would be in those spaces. Definitely a surreal experience.”

Bringing his house and Kansas City into the spotlight that is currently focused on him is a priority for Papi.  The Midwest can still be seen as “flyover country” on the coasts, but Kansas City has its share of ballroom performed by the Houses of Chanel, Ebony, Ambrosia and of course Alain Mikli.

And Kansas City balls often feature performers from other cities who come to compete or judge.  In 2019, “Pose” star Dominique Jackson and co-creator Michael Roberson sat on the panel of judges for the Black Hollywood Ball. Arturo Miyake-Mugler was head judge for the Fire and Ice Ball Ball in 2021.  Arturo is the father of the House of Mugler, which won season two of “Legendary.”

Ballroom takes up a lot of time for a performer. There are so many categories – runway, realness, vogue, face plus many more. Most people don’t understand how much hard work and imagination goes into creating a look and performance.

Another thing everyone should know, according to Papi, is that ballroom is worldwide and its influence is felt from the fashion world to music and dance.

“I think the icons from the early years would be so proud of how far ballroom has come and of the love and appreciation others have for the art form,” Papi says.

When asked about his favorite part of being on “Legendary,” Papi recalls the connections he’s made.

“No one really sees the machine behind the camera,” he says. “They made us really feel at home. They were so encouraging and genuine.”

And then there were the others in his house. With Alain Mikli being an international house, Papi never had a chance to meet any of the people with whom he was going to spend the next few months. But the hours of rehearsing and performing formed a bond that will last well into the future.

“I got to know them and create art with them,” Papi says. “That was my favorite part.”

It is no surprise that connecting with family was Papi’s favorite part. For him, family is this ballroom.  Period.

KC’s History of Ballroom on Flatland 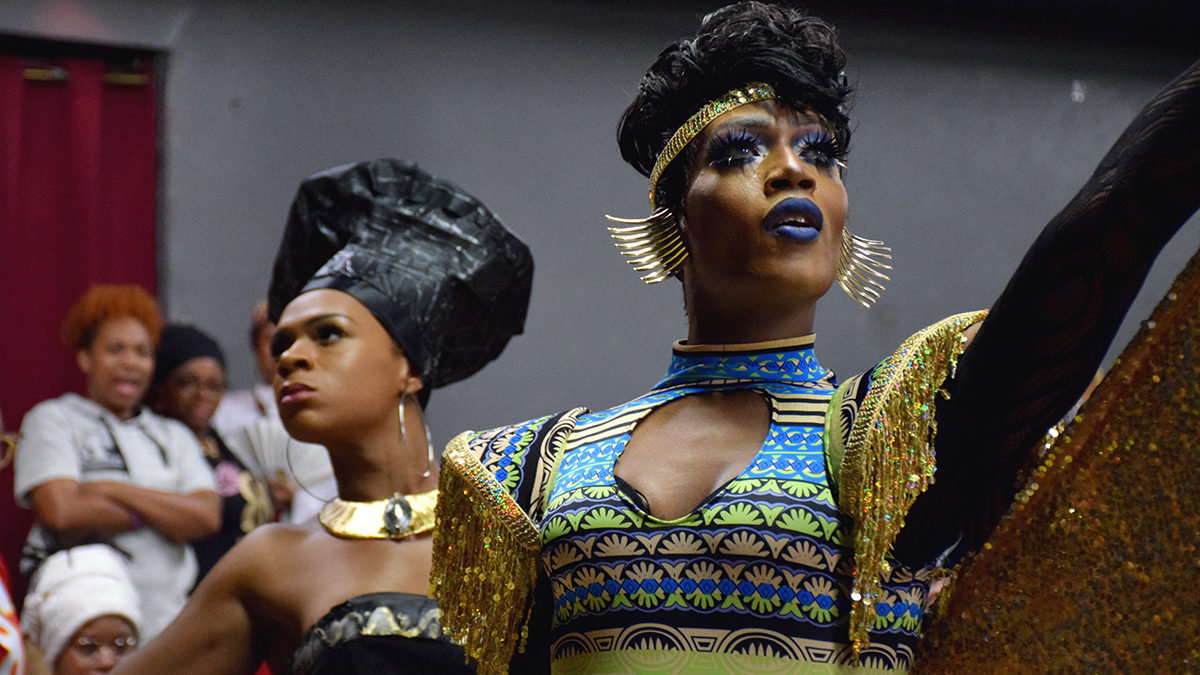 KC’s Grandfather of Ballroom Works for Greater Acceptance of the Culture Ballroom culture has been around for longer than many realize, but it’s only recently arrived in Kansas City.

Sandy Woodson is an independent producer and contributor to Flatland.