The scene is Germany in the immediate aftermath of World War II. A Jewish man just liberated from Buchenwald learns from the American Red Cross that his wife has also survived, but is in another concentration camp 200 miles north.

In steps an American G.I., who yanks a bike from a passing German.

“It’s yours now,” the serviceman says. “You can use this to get to your wife.”

For Holocaust survivors, luck was often grit’s handmaiden. And in this case, the good fortune was that the man had participated in bike races before the war. He rode that soldier’s present all the way to Bergen-Belsen.

The man was Isaac Feinsilver — who had married Junia Rubenstein when they were confined to the Tomaszów Ghetto in Poland — and the woman recounting the story is their daughter, Evy Tilzer of Overland Park. (The correct spelling of Junia’s maiden name is unclear because of the limited documentation survivors had on arrival in the U.S. She went by the first name of June in Kansas City.)

“All These Delicate Sorrows,” a new Kansas City PBS documentary that tells the stories of Holocaust survivors who came to Kansas City, premieres at 7 p.m. on June 17. The documentary complements the traveling exhibition “Auschwitz. Not long ago. Not far away,” open now through mid-January 2022 at Union Station.

The Union Station exhibit that opened this week, “Auschwitz. Not long ago. Not far away,” details the horrors of that Nazi death camp. Kansas City PBS picks up the story after liberation in its documentary, “All These Delicate Sorrows,” which recounts how Holocaust survivors rebuilt their lives after resettling in Kansas City.

Yet the story does not end there. The Holocaust also profoundly shaped the lives of survivors’ children, influencing everything from friendships to childhood chores, for people like Tilzer and Simon Igielnik, who lives in suburban St. Louis now, but was raised in Kansas City by parents Fela and Jack Igielnik.

Tilzer, 70, was born in Kansas City in 1950, the year after her parents arrived in Kansas City. Igielnik, 74, was born in Berlin, and was 5 years old when his parents made it to the United States in 1952, arriving in New Orleans aboard a troop ship.

Both of them are only children, though they were part of a seemingly inevitable baby boom in the early post-war years, as many of the survivors were in their teens and early 20s. Love often blossomed in displaced persons camps.

“It’s a defiance of Hitler, that he may have killed many of us, but he did not kill all of us, and that we will come back from this,” said Jessica Rockhold, executive director of the Midwest Center for Holocaust Education (MCHE) in Overland Park. “We will not only come back, but thrive.”

As a child, Tilzer wanted to have brothers and sisters like her friends.

That was not the case because her mother had terminated two pregnancies, including one shortly after her liberation, when she refused to give birth to a Jewish child on German soil.

June Feinsilver would ultimately suffer a nervous breakdown, in part due to the residual trauma of the Holocaust.  But she bounced back to become a hairdresser and business owner, running June’s Beauty Salon at 5 E. Gregory Blvd. in Kansas City for several years.

As far as being an only child, Tilzer said, “I got used to it, and I always had a lot of girlfriends.” She grew to appreciate that she was special to her parents. Her mother called her a jewel.

Just as the survivors formed a tight-knit community, so did their kids. Evy considered Sharon Rose — two years her senior — more like an older sister than a close friend.

And in a sense, Tilzer shared her teen years with her mother. The Holocaust stole that time from young Junia, and she loved it when her daughter had friends over. “She did live through me,” Tilzer said.

“As a second generation, we realized our parents were different,” she said. “My parents — and I am sure it’s the same for any immigrant family that comes to the United States — they have to learn the language, and it’s hard. I had to learn how to speak, so my mother and father would learn with me.”

Tilzer recalled being petrified one summer as a child upon learning she was going to camp — the camps she had heard about growing up were killing fields. She also remembered a high school teacher who just wanted to avoid the whole subject of the concentration camps, after Tilzer mentioned her parents’ history during a lesson on World War II.

It was not uncommon, Tilzer said, for survivors’ children to watch documentaries of the Holocaust and reflect on the content: “We would look at those pictures and wonder if it was my family — whether that was a family member.”

About 15 years ago, MCHE formed what it called the Second Generation Speaker’s Bureau, so the children of survivors could keep the memory — and the lessons — of the Holocaust alive through community presentations.

Tilzer had already been doing that since the 1980s with her mother, who would answer questions from the audience. “I feel like my parents survived so I can tell their story,” she said.

The survivors referred to themselves as “griners,” Yiddish for “greenhorns.” That was a catch-all term for the parents and their children, Igielnik said.

Friendships with other young griners naturally developed, Igielnik said. “Those were the only kids we knew,” he said. “Other kids did not want to hang around with us.”

After the war, Igielnik’s parents had returned to their hometown of Warsaw, Poland. They did not know one another then. They met in the Polish town of Lodz, after they each left the devastation of Warsaw.

The couple made it to Berlin as stowaways on a pushcart. After escaping the rampant antisemitism in postwar Poland, the young Igielniks ironically found the former heart of the Third Reich to be more accepting of Jews.

Fela Igielnik’s best friend in those Berlin years was a young woman who had been in the Hitler Youth. The woman had no problem befriending Jews.

His mom had a saying, Igielnik said: “Not all Germans were Nazis, and not all Nazis were Germans.”

When their son was born, there was not even a rabbi in Berlin to perform the “bris,” the ritual circumcision. The family had to import one from outside the city.

Igielnik’s father hustled ration cards during the five years the family waited to emigrate to the United States.

Igielnik said a medical condition — of which he does not know the specifics — prevented his mother from having more children.

The interesting thing about his parents, Igielnik said, was that although they were very involved in Holocaust commemorations during their lives in Kansas City, they didn’t talk much about their individual experiences while he was growing up.

His mother did eventually write two memoirs about the Holocaust.

In the late 1950s, some of the Holocaust survivors in Kansas City formed The New Americans Club of the Jewish Community Center of Kansas City, an outgrowth of planning for a local Holocaust commemoration.

At around age 10, Igielnik somehow came into possession of an old typewriter, anointing him the club’s technology guy and official record-keeper. By scrounging a second-hand camera, Igielnik also became the club photographer.

“I did not really look back,” he said.

The southwest migration of families out of Kansas City and into the Kansas suburbs is a familiar part of local history, and Jews certainly participated in this march toward greener pastures.

Sometimes overlooked is the population shift to the southern reaches of Kansas City, and it was through that movement that Jewish enclaves formed in some south Kansas City neighborhoods. Many of the Jewish children attended the Center School District, formed in 1956 by the consolidation of two smaller districts.

Tilzer and Igielnik both moved with their families into the Center School District, though Tilzer’s parents successfully petitioned the Kansas City School District to allow their 16-year-old daughter to finish at Southwest High School. She graduated in 1968.

Tilzer’s family settled around 104th and Walnut streets, while Igielnik’s family was north of there on 86th Terrace west of Wornall Road. He graduated from Center High School in 1964.

One of the district’s schools is Boone Elementary, and it was there that the district came into possession of Holocaust education materials used at one point by a survior who gave presentations to students.

And that is how the district’s museum, housed in the basement of the high school, became the repository of a Holocaust file, said Rick Chambers, executive director of the Center Education Foundation.

The file is inaccessible due to renovation work at the high school.

For Rockhold, the executive director of the Holocaust center in Overland Park, survivors are strong people who placed great importance on the next generation.

As speakers through MCHE, this second generation has become “stewards of their parents’ story,” Rockhold said.

In time, she said, that duty will pass to the next generation.

“We will reach a point where it is their grandchildren who carry forward these testimonies,” Rockhold said, “and it is just a story that we will keep as personal and as present as possible.”

Mike Sherry is a former editor and writer for Flatland. He is now a communications consultant for nonprofits, freelance writer, and editor of The Kansas City Jewish Chronicle. 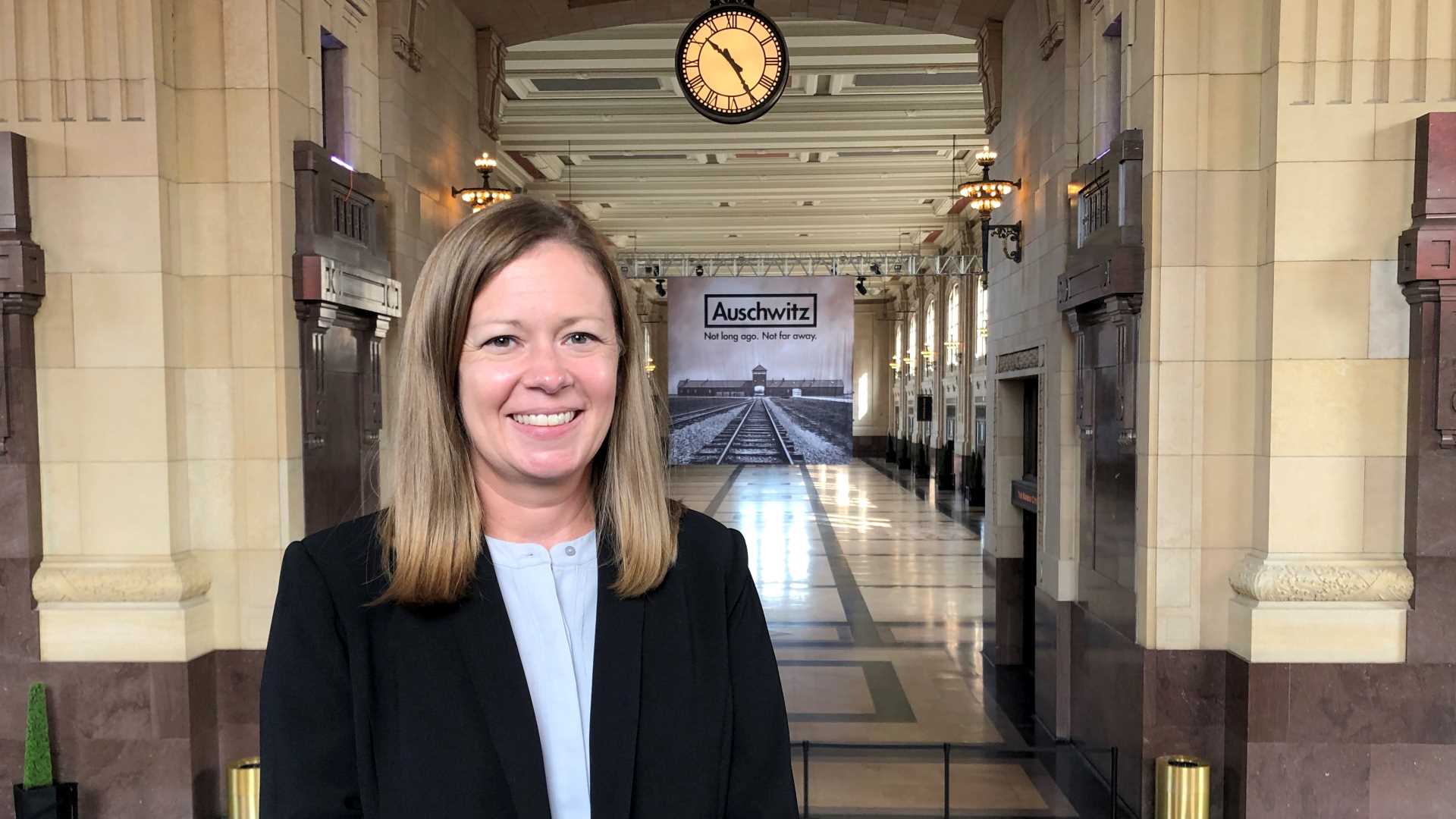 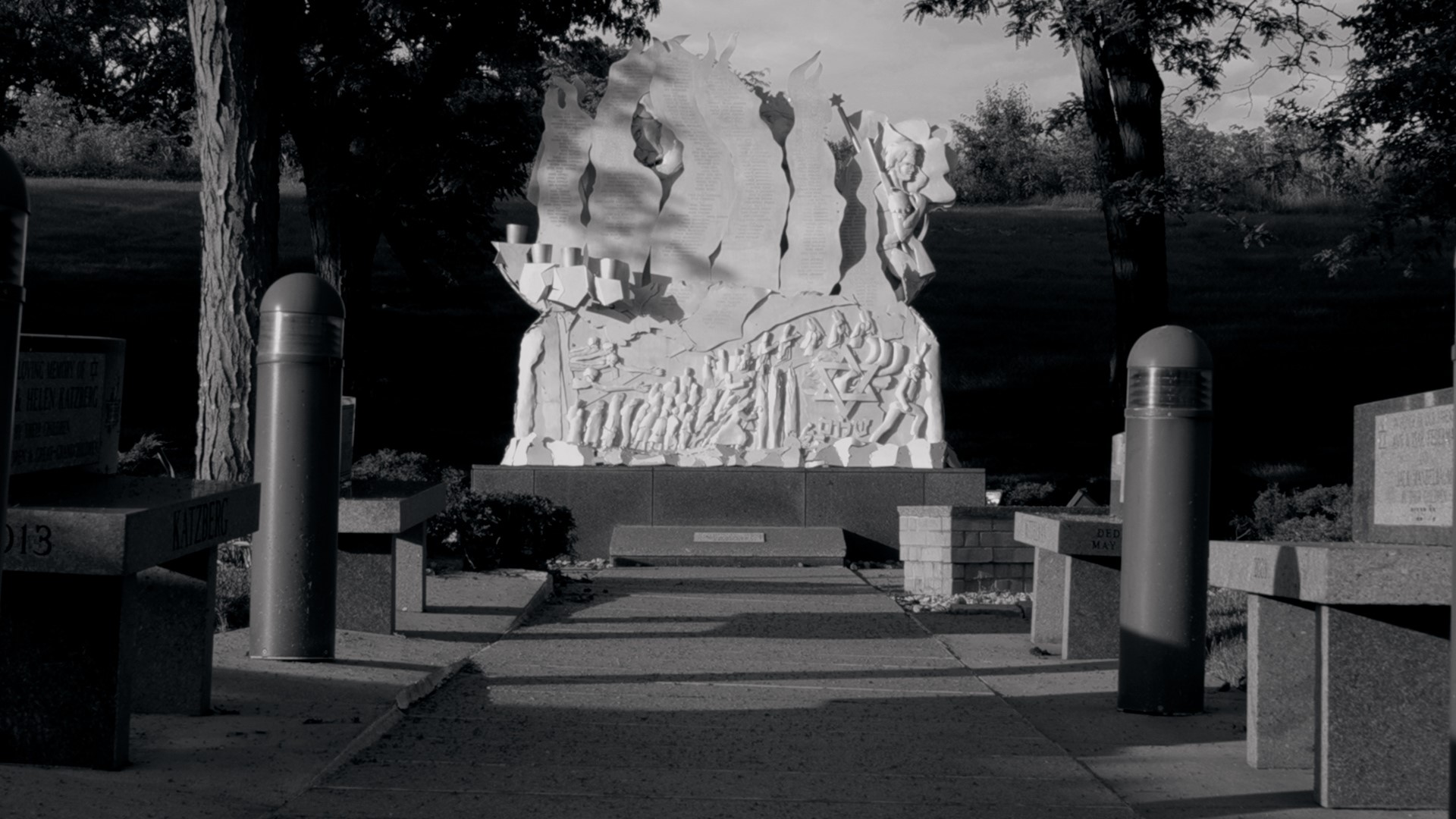