Space's book club: What the astronauts are reading 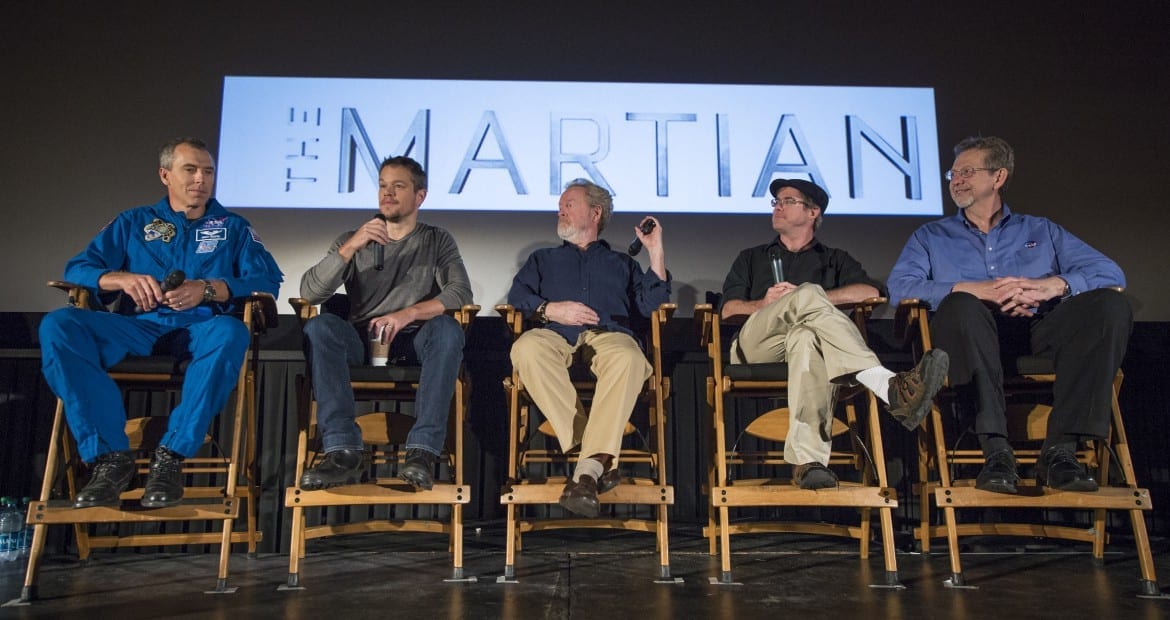 Astronaut Drew Feustel, from left, actor Matt Damon, director Ridley Scott, author Andy Weir, and Director of the Planetary Science Division at NASA Headquarters Jim Green, participate in a question and answer session about NASA’s journey to Mars and the film "The Martian." The movie, based on the book by Andy Weir, gives a realistic view of the climate and topography of Mars and is being read at the International Space Station. (Photo: Bill Ingalls | NASA via AP)
Share this story

The book “The Martian” is earning high praise from space, and the astronaut-reviewer can’t wait to see the soon-to-be-released movie.

NASA astronaut Kjell Lindgren (Chell LEND-grin) said Tuesday from the International Space Station that both he and crewmate Scott Kelly have read the novel. Lindgren told reporters he really enjoyed the book and hopes to get a copy of the film beamed up to orbit on October 2, the day of release, or shortly thereafter.

The astronauts chatted with the star of the film, Matt Damon, last month by phone. They called him while he was touring Jet Propulsion Laboratory in Pasadena, California.

Kelly — who’s almost halfway through a yearlong space station stay — says it’s difficult to compare his experience in orbit with a Mars trip.