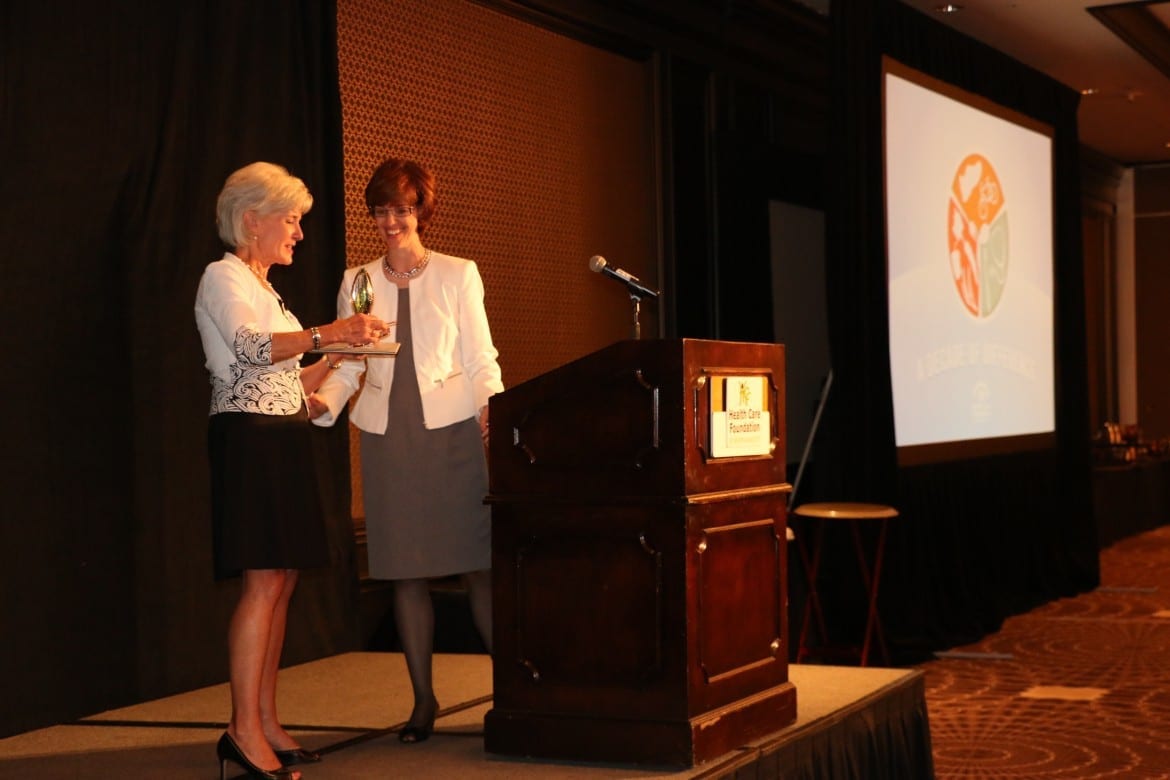 The Health Care Foundation of Greater Kansas City invited Kathleen Sebelius to help it celebrate its first decade of grant making, but the woman who has served as both U.S. health secretary and Kansas governor came armed with a big idea for the next decennial.

“I think the challenge over the next 10 years is: How do you make Kansas City the healthiest region in the country?” Sebelius said at the foundation’s Tuesday luncheon in Kansas City, Mo. “I think that is a very reasonable goal. I don’t think that is at all out of reach.”

That mantle “does not mean you have the fewest people in the hospital,” she added, “but that you have the most people who are really living and working to their full potential.”

The foundation was established in 2003 with part of the proceeds from the $1.1 billion sale of Health Midwest, a nonprofit hospital system, to Nashville-based HCA, a for-profit company. The sale also established the REACH Healthcare Foundation, which is based in Merriam, Kan.

The Health Care Foundation of Greater Kansas City began making grants two years after its formation, and since then, it has awarded more than $200 million to more than 400 organizations, according to its 10th anniversary website.

Sebelius lauded the foundation for the spirit of cooperation it has fostered in a decade’s worth of work, especially in the area of nutrition. “You have a lot to teach the rest of the country,” she said.

She also applauded the foundation for its early recognition of the importance of the so-called social determinants of health. Those are the factors in one’s community — such as a lack of good sidewalks or places to exercise — that can contribute to physical problems.

That concept now is becoming more common in health conversations in the United States and around the world, Sebelius said.

By some estimates, she said, the U.S. economy loses about $300 billion a year in productivity from populations that are in poor health, often people in poor and minority communities.

“The leadership of this foundation over the past 10 years cannot be underestimated,” Sebelius said. “I know lots of communities would love to have that opportunity. There is no question that health is good for individuals, it’s good for families and it’s good for communities.”