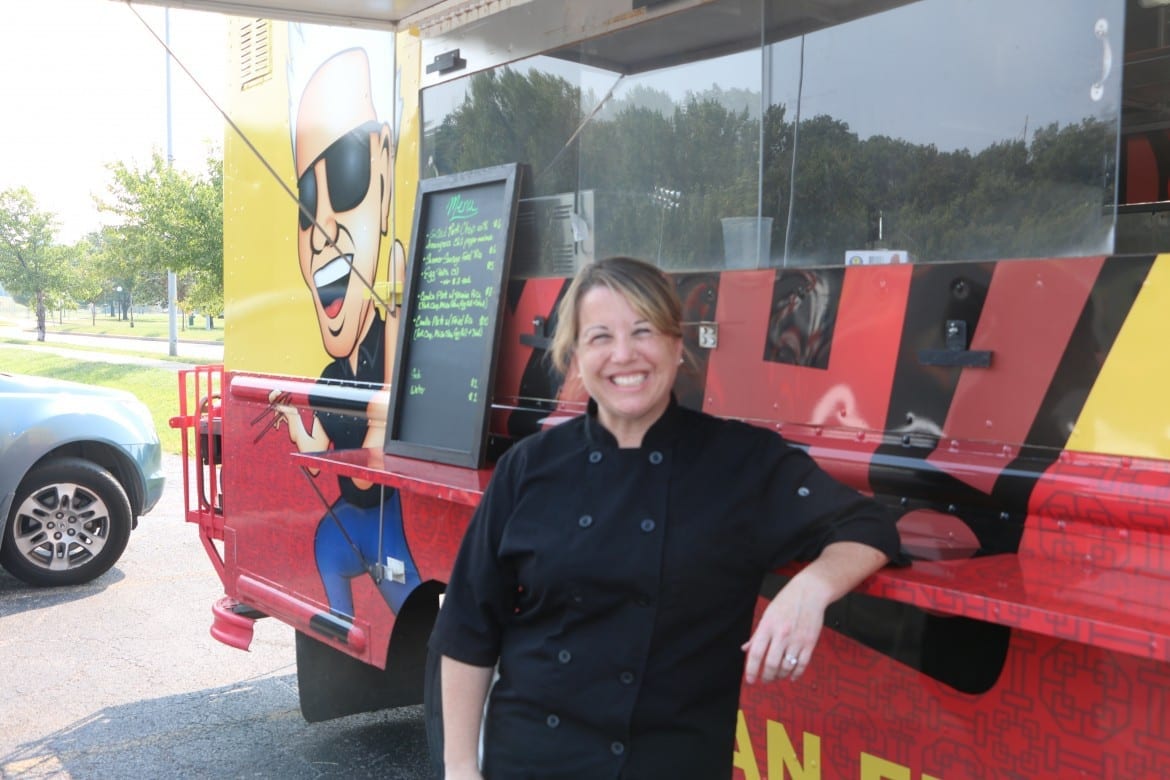 During the month of August, neighborhood folks and foodies visiting North Kansas City’s Macken Park enjoyed a more diverse choice of local food than is usually offered in the city.  The recent arrival of food trucks transformed the relatively quiet park into a hub of sophisticated lunch options, offering everything from authentic Cuban sandwiches, to colorful upscale tacos, to Asian-fusion cuisine, all made fresh on the spot.

For August, the North Kansas City Parks and Recreation Department approved a one-month trial period that allowed the food truck owners to operate. The trial period officially ended September 1st, leaving the department with a tough decision: Can the food trucks stay or do they have to go?

The City Council of North Kansas City met Tuesday night, Sept. 1, to discuss the future of the food truck pod and gauge public reaction. A decision will be made September 10th.

While the food trucks have been a hit with high school students and business professionals, longtime local restaurant owners were not very happy with the new kids on the block.

“I really don’t understand it,” Monte Martello, owner of Dairy Queen told the council about their decision to let the food trucks operate.  “In the three-block area of Armour Street, there are about 15 restaurants. That’s a lot of storefronts, a lot of businesses. You’re bringing in competition for us who have been here a long time, paid our taxes, paid for our business licences,” he said.

“The food trucks are coming in between ten and two. That’s the prime time in this small community,” he said.

North Kansas City is a relatively small community with around 4,300 residents.

However, during the day, “close to 25,000 come to the town to work,” said City Councilman Zachary Clevenger. “So lunch is when the majority of these businesses make their money,” he said.

Jim Chappell, owner of the North Kansas City staple Chappell’s Restaurant and Sports Museum, says that while his business is not affected by the food trucks, he sides with the other local owners.

“It is really unfair to the brick and mortar restaurants,” he said. “These food trucks only have to pay $25 a year for a permit, while local businesses have to pay rent and operating costs.”

“We feel this is a great opportunity for North Kansas City, and we are not only business owners here, we are residents,” she said.  “Case studies across the country have shown that if you bring food trucks into the neighborhoods, it actually builds business and traffic to those business instead of hurting local restaurants.“

The National League of Cities case study “Food On Wheels, Mobile Vending Goes Mainstream,” concluded that food trucks do increase local revenue in the 13 cities they examined. However, these cities were far larger than the small town of North Kansas City, which only has a handful of local restaurants.

So it is difficult to know just how the food trucks will affect North Kansas City brick and mortar restaurants in the long term.

Joshua Hook, co-owner of Helen’s on Wheels food truck, shares Mguyen’s perspective: “Pushing the food trucks out is a step backwards,” he said. “North Kansas City needs to be progressive, innovative, and forward thinking. It can’t be caught up in the last 30 years, if we want the community to continue to grow and thrive.”

While the city council seemed to side with the local business owners on Tuesday night, the decision ultimately falls on North Kansas City’s Park and Recreation Department. They are scheduled to vote on the issue September 10th.

Councilmember Valerie Pearman said she hoped a compromise could be reached.