A QUICK, CLICKABLE ROUNDUP OF HEALTH NEWS FROM OUR REGION for the second week of September 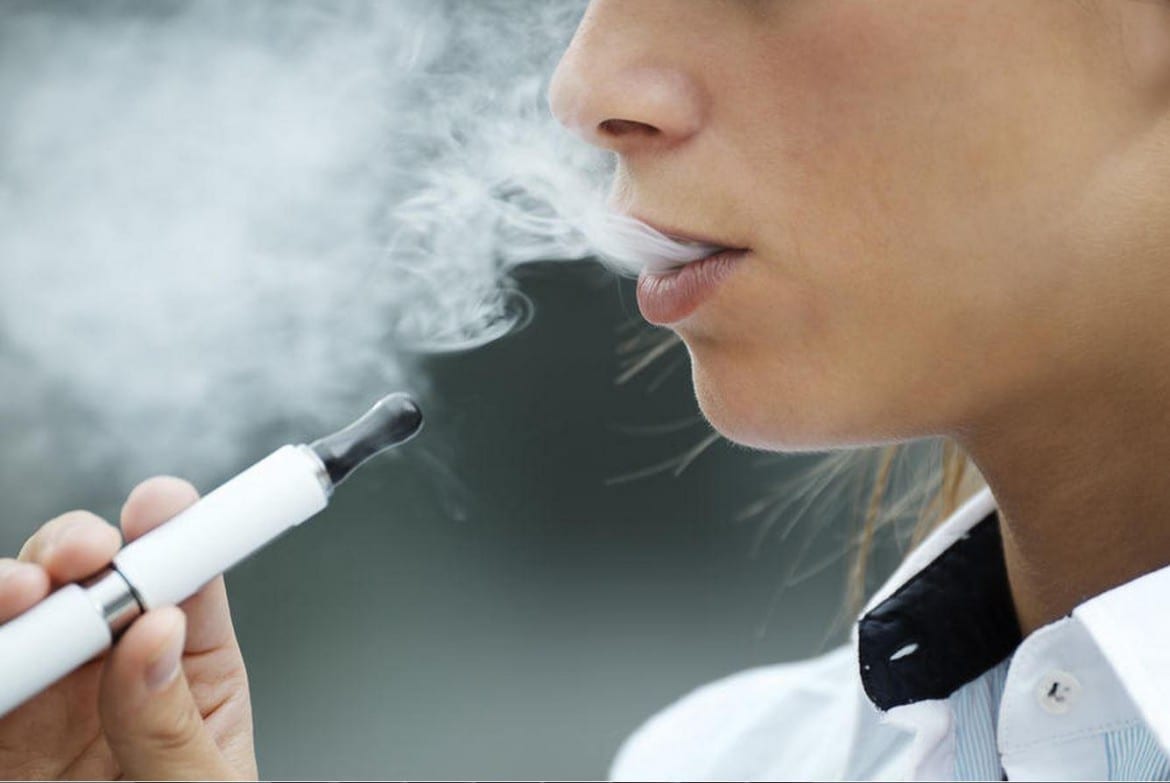 Kansas’ ban on smoking tobacco products in most public places has been in place since 2010. In those five years, the smoke-free atmosphere of bars, restaurants and other indoor spots has become the norm. Erica Anderson, a health promotion specialist for the Lawrence-Douglas County Health Department, said it’s jarring now to see someone puffing on something in those settings, and she and other health advocates would like to keep it that way. She plans to be part of an effort next year to get legislators to add e-cigarettes and other “vaping” products to the statewide smoking ban.

“Advocates are going to come out ahead of this issue and really take a look at youth use of e-cigarettes and the modeling and the social norm issues that we are seeing, especially in Douglas County,” Anderson said.

Spencer Duncan, a lobbyist who represents vapor shop owners, said the “dominos” are beginning to fall and momentum is heading toward a statewide ban, although he has not heard much about it from legislators themselves. Duncan said his work next session will focus mainly on trying to get legislators to reverse course on an e-cigarette tax that is scheduled to go into effect next year.

The Centers for Medicare and Medicaid Services announced Wednesday that it had renewed its navigator grants with two Kansas programs: Ascension Health and the Kansas Association for the Medically Underserved (KAMU).

The grants will, in part, underwrite the programs’ efforts to help uninsured and underinsured Kansans understand the coverage and financial assistance that are available on the federal health insurance marketplace, healthcare.gov. The marketplace was established as part of the Affordable Care Act to increase access to health insurance.

Members of the four American Indian tribes with northeast Kansas reservations recently gathered to talk about health. They discussed continuing the fight against diseases, such as diabetes, that have plagued Indians for generations. But the talk didn’t stop there.

“Native Americans are the most at risk for having diabetes. It’s just predispositioned that way. And so, because of that, I knew that that was going to be one of the most important things,” said Tiffany Buffalo, who heads the diabetes program for the Sac and Fox Tribe. Buffalo and other certified trainers offer diabetes prevention classes on the Sac and Fox reservation. The tribes are working to help their members get more physical activity and improve their eating habits to fight diabetes. If successful, that might help control another common health problem on the reservations in Kansas.

“We know, for example, that a third of all diabetics are depressed — but we do very little with that,” said Bill Thorne, who administers the health center on the Prairie Band Potawatomi Reservation. Thorne said a survey done by the Potawatomi Tribe last year identified mental health as a growing concern. But prior to that, he said, there wasn’t much talk about it.

Tribal health officials agree that the link between depression and diabetes is a clear indication that treating mental health needs to be a bigger priority in Indian communities. But mental health therapists are in short supply on reservations.

Grace Johnson, a mental health and substance abuse counselor at the Indian Center in Omaha, and her colleagues at the Indian Center recently started offering therapy through interactive video. At first, Johnson had concerns about how effective it would be. But she said results so far have been encouraging.

The effectiveness of video therapy is something that will have to be tracked and analyzed, as it’s just getting started on the Iowa reservation. Meanwhile, the Potawatomi Tribe is planning construction of a new behavioral health center. Both developments are indications that the tribes are taking the growing mental health needs of their people seriously.

The rural economy across the Midwest could take a hit this year. The U.S. Department of Agriculture expects a 36 percent drop in net farm income, according to economic forecasts released last week.

Lower prices for wheat, corn, soybeans and hogs will hurt many Midwest farms, though USDA economist Mitchell Morehart said the impact could be lessened on some farms thanks to lower production costs. Fuel and feed expenses are both lower this year, while labor costs are higher.

“It’s a mixed picture” on the expense side, Morehart said, “so it depends on how each individual business is configured in terms of the importance of each of those inputs.”

Parts of the Midwest could see declines lower than the predicted national average, but the USDA doesn’t expect any part of the nation to be spared.

The families of five patients who died under mysterious circumstances in 2002 at a Chillicothe, Missouri, hospital and whose wrongful death lawsuits were blocked by the Missouri Supreme Court are trying a different legal tack.

They’re asking the high court to allow them to amend the lawsuits so they can sue the hospital and Saint Luke’s Health System, which now runs it, for fraud.

The unusual request comes in a highly unusual case. The Supreme Court two weeks ago ruled in a 4-3 vote that the lawsuits were barred by the three-year statute of limitations because the lawsuits were filed about eight years after the patients’ deaths.

The families acknowledged the delay but said they had no reason to sue at first because the hospital originally told them their loved ones had died of natural causes. It was only after the hospital informed them years later that foul play might have been involved that they brought their legal actions.