The Birth of a ‘Smart’ Kansas City 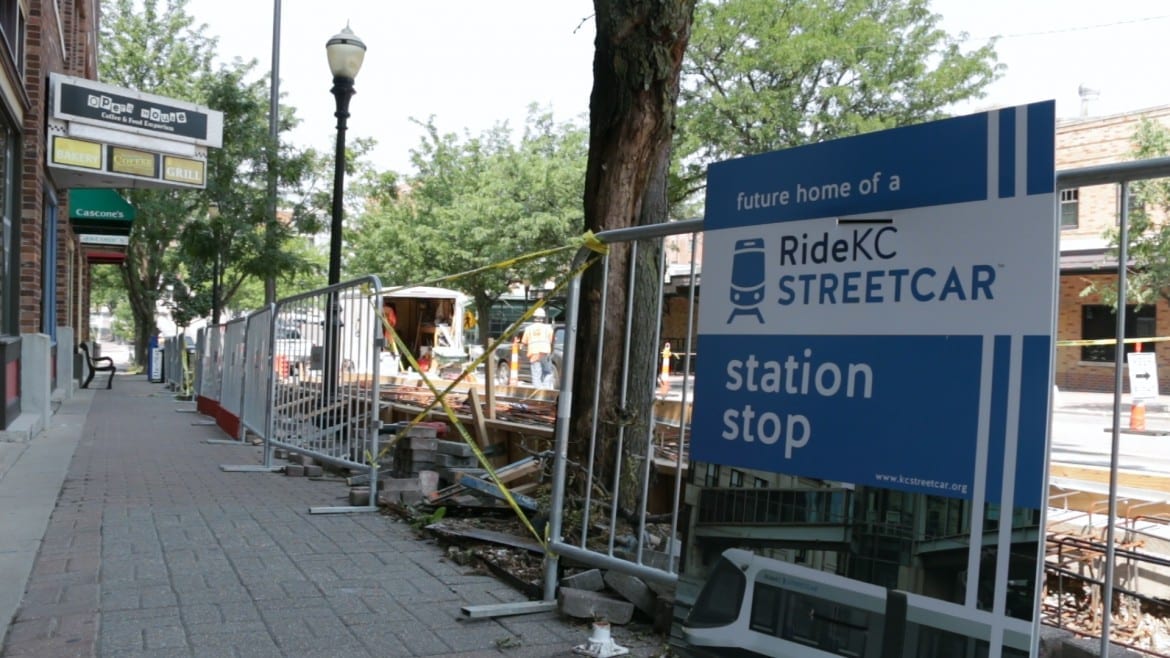 From its offices in the Crossroads, Think Big Partners is working to help entrepreneurs turn their dreams into reality.

But the business accelerator, which provides advice on everything from raising capital to building a network of contacts, is now looking to boost Kansas City’s status as one of the most technologically advanced municipalities in the world when it comes to basic municipal services such as parking and street lights.

The initiative is aimed at making Kansas City a Smart + Connected city, a designation created by computer networking giant Cisco, which is partnering with the city and Sprint to implement the plan in Kansas City.

Think Big Partners’ role is to operate the “Living Lab KC,” which is meant to be the proving ground for applications that can harness the most advanced digital technology to improve services to residents and visitors.

We sat down with three of the partners behind Think Big Partners to better understand how the organization came to be appointed as facilitator, what they see their roles to be, and what they hope this partnership means for the future of Kansas City.

In January 2014, Cisco approached the partnership and asked them to look at how Cisco could deploy some of its technologies into Kansas City, said Herb Sih, Managing Partner and Co-Founder of Think Big Partners.

“We’re entrepreneurs at heart, and entrepreneurs are problem solvers,” Sih said. “Instead of looking at it from the approach of – what do you (Cisco) have to sell – we decided to take a different approach, in the problem-solver mindset.”

Cisco was looking to develop solutions for mid-sized cities everywhere, said Blake Miller, Partner and Director of Accelerator and Technology.

“There are only so many cities in the world that are like a San Francisco, or L.A., or New York, but there are thousands and thousands of cities that are just like Kansas City,” Miller said.

A series of conversations with Cisco executives followed, focusing on how to look for and work with entrepreneurs that are solving problems on a smaller scale. They all realized – over beers, the story goes – that they were already sitting in the best place to test those projects: Kansas City.

From there, Sih said the group worked with Kansas City department heads to begin mapping out all the problems in Kansas City that already existed, as well as hopes for the future.

“We just said, with technology as a problem-solving tool and an entrepreneurial mindset, what can we solve?” Sih said.

The city of Kansas City and Cisco together have earmarked approximately $15 million over the 10-year life span of the Smart + Connected City project.

The partners are focused on the March 1 expected launch for the downtown streetcar, but expect to see a roll out of some projects within the next four to six months.

Beginning along the 2.2 miles of downtown following the streetcar, installations connected with the first phase of the initiative will begin, Sih said, including parking and lighting nodes.

These nodes are part of a larger wireless platform collecting real-time data. The aim is to then use that data to create efficiencies for both public and city use, including everything from locating an open parking space for a downtown driver to a more economical and ecological use of street lamps.

“What people are going to most notice are the kiosks,” he said.

The 25 proposed kiosks are to be spread out among streetcar station stops and the entire project area, and will be fully interactive with digital content, such as news and transportation information.

In that timeframe, Sih said he also expects the Kansas City Living Lab to come online as well as a thesis outlining the scope of projects and priorities.

The Living Lab, funded directly by Cisco, is a multi-faceted role for Think Big Partners. It must find entrepreneurs and businesses with workable solutions to existing city problems, organize and prioritize those needs for the community, and help those entrepreneurs test their applications. Then there’s the collection and analysis of data to measure progress. All this comes with risks and questions about data privacy that will evolve with the project.

It’s Tyler Prochnow, Co-Founder and Senior Partner, to be the self-proclaimed “wet blanket” for the partnership. With a career in law behind him, Prochnow said he understands that not everybody shares an enthusiasm for a connected world. One response to that concern, he explains, is for Think Big Partners to set parameters for the entrepreneurs and the reach of the projects where data privacy is concerned.

For Prochnow, the more transparent the process is, he said, the better job they are doing. “The mission of the Living Lab is for a responsible delivery of technology,” Prochnow said.

To date, the group has hosted two open forums in its co-working space that give interested parties a chance to ask questions and hear updates on the project, with more planned throughout the process.

Priorities for the Future

Tasked with finding and developing the talent – coming in globally and locally – that will change the face of downtown, Think Big Partners is aligning its priorities with the city’s needs.

Throughout the process, Miller would like to see a continued focus on local businesses and ideas in the Living Lab.

“I’m a Kansas City boy,” Miller said. “I would absolutely love to see Kansas Citians and Kansas City entrepreneurs take advantage of this huge head start for what I think, and many think, is the next generation of the Internet.”

Editor’s note: Since KCPT’s interview with Herb Sih and Think Big Partners in June, Sih has been the subject of a June 16 Pitch Magazine report connecting his previous business with payday loan schemes, and he subsequently resigned from the board of the city’s Economic Development Corporation. In response to a KCPT request for comment about the report and his resignation, Sih said in an email statement: “I agreed to serve as long as I could make a positive contribution to the City and the Board and my resignation was about my support for our city, all stakeholders and my family. I’m proud of the work I accomplished while on the Board and look forward to continuing to do my part to help Kansas City thrive.”

Searching for the 'Smart' in New Kiosks

The Machines are in Development Phase, According to City

KC is becoming a ‘Smart City’: Any questions?