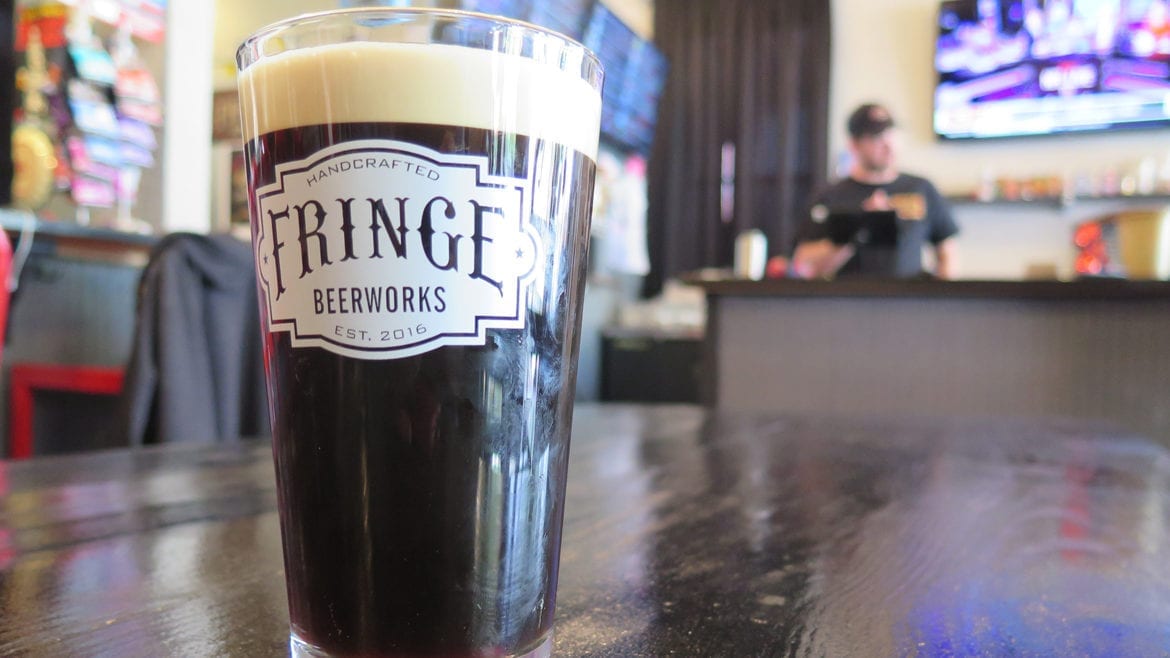 Fringe Beerworks is the jumping off point for a three brewery tour in Lee's Summit on Saturday. (Pete Dulin I Flatland)
Share this story

Fringe Beerwork (224 SE Douglas St., Lee’s Summit, Missouri) and the newly opened Apex Aleworks (4356 S. Noland Road, Independence, Missouri) both have a “Beer it Forward” board. The idea is you can buy a beer for someone and put their name up on a whiteboard (Fringe) or chalkboard (Apex); then they can come in and claim their beer.

Apex Aleworks Opens Thursday in IndependenceCommercial breweries always seems to start with homebrew. But Apex Aleworks, a new brewery slated to open Thursday at 4356 S. Noland Road in Independence, Missouri, started in the same place as all homebrewers: the homebrew supply shop. "I think…

Apex has a variety of wheat brews on tap right now, including a watermelon and hoppy wheat. You might try Madam X with coffee, a roasty toasty beer with plenty of malt, at Fringe.

Strange Days Brewing Company (316 Oak St.) brewed Georgia on My Mind. The tart gose is made with peaches, sea salt and coriander.

Border Brewing Co. (406 E. 18th St.) has a host of new brews in the works. The Crossroads brewery’s has a Rye IPA set to release tomorrow, Lights Out IPA, a collaboration with neighboring Double Shift Brewing Co. will be out Friday, and Pecan Brown Ale returns on Halloween. Lights Out IPA will be available at both taprooms.

This Thursday from 4 p.m. to midnight, try Logboat Brewing Co.’s lineup at iTap (403 E. 18th St.) when 14 of the brewery’s beers are on tap. Logboat, based out of Columbia, Missouri, will bring Pineapple Snapper, Raspberry Shiphead and Bennie Mocha Stout.

Pinot’s Palette and Flying Saucer Draught Emporium (101 E. 13th St.) are holding a paint and sip night. Here For The Boos is from 5:45 p.m. to 7:15 p.m. Your ticket ($30) includes the painting class and a flight of four beers. There will be horror movie trivia that starts afterward at 7:30 p.m.

Show off your carving skills at Green Room Burgers & Beer’s (4010 Pennsylvania Ave., Suite D) annual pumpkin carving party from 6 to 9 p.m. on its patio. Schlafly is sponsoring the event, so you can throw back a pumpkin beer or two to get in the spirit of the season. They’re asking for folks to RSVP to ensure there are enough pumpkins to carve.

Crane Brewing Co. (6515 Railroad St., Raytown, Missouri) is hosting its third annual Halloween Party from 4 to 10 p.m. They’ll have a costume and pumpkin carving contest, as well as Bats in The Brewery — a special release sweet stout made with vanilla beans, peanut butter, lactose and cacao nibs. 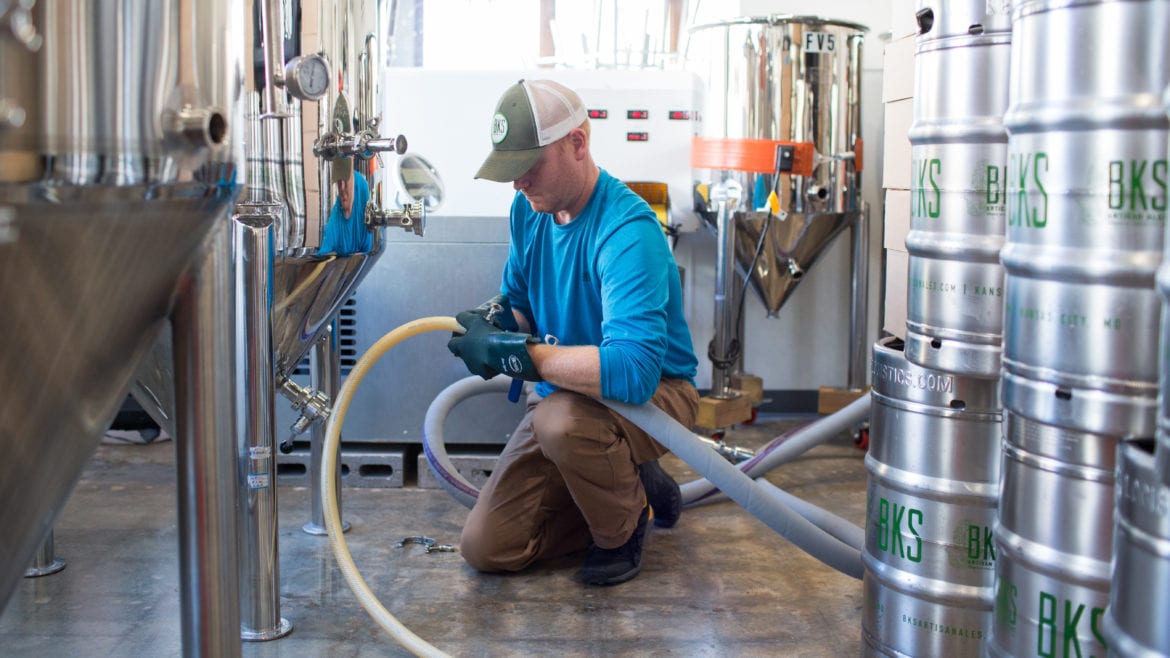 When Bier Station taps Green Dragon at 4 p.m., BKS Artisan Ales’ beer will be available for the first time at a place outside of the Waldo brewery. The collaboration between the bottle shop and brewery is a New England-style pale ale that’s been dry-hopped with Apollo, Citra, Columbus and Simcoe hops.

The Crossroads is holding a Neighborhood Haunted Pub Crawl from 5 p.m. to 1 a.m. Get candy and dive into Halloween at Border Brewing, iTap, Double Shift, Mission Taco, Lifted Spirits and Grinders. There will be a costume contest at Grinders at 10 p.m.