Holding a Balance of Unity Within Diversity

You asked, we investigated immigration and religion in Kansas City 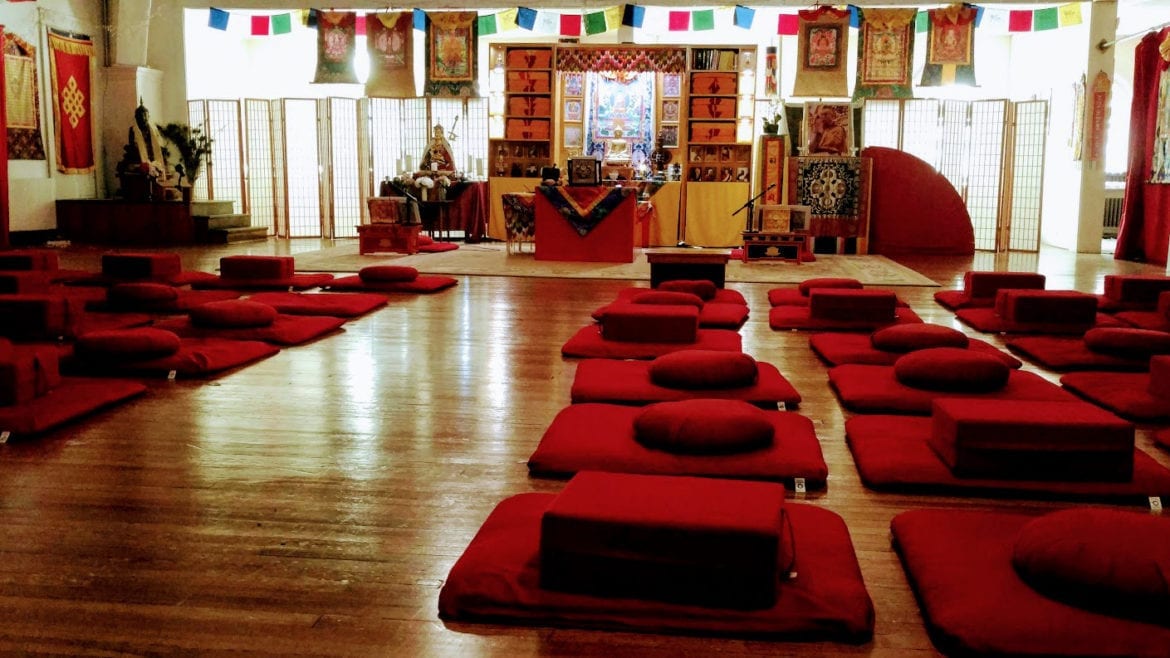 Jo Shryrock likes living in Tonganoxie, Kansas. It’s a small town, with a population of little more than 5,000. The people are friendly, and it’s a great place to raise children.

But she wishes there were more diversity, particularly religious diversity, in her town. She looks at Kansas City, Missouri, and sees how the varied religious practices contribute to the city’s vitality.

How people from different backgrounds live together matters to Shryrock. When she reached out to curiousKC about learning more about the religious practices in Kansas City, she said that understanding is key to eliminating the polarization that seems pervasive in the United States.

In looking to her question, what we found is that the story of religion in Kansas City is really a story about immigration, as successive waves of new arrivals brought their own set of beliefs and practices.

Numerous waves of immigrants have flocked to Kansas City for new opportunities and a better life for themselves and their families. Italian, Irish, German, Slavic, African, Asian and Hispanic communities have made the city their home.

But like the rest of America, the building of Kansas City’s communities is not without tension.

Integration of ethnically diverse people is necessary to have a unified community. However, the process of assimilation contributes to the loss of distinct cultural identities. Thus, there is a delicate balance between inclusion and maintaining multiculturalism that is essential to the melting pot of Kansas City’s community.

The effects of the Catholic wave

The history of Catholicism in America is a great example of that balance.

Until about 1845, the U.S. Catholic population was a small minority, mostly of English descent. Julie Byrne, assistant professor of religion at Duke University, said that when several years of famine and religious discrimination led millions of Catholics from northern and western Europe to flee to the United States, the face of Catholicism in American began to change.

That Catholic wave also affected Kansas City. As the number of nationalities of European immigrants grew, a system of national parishes permitted the various ethnic groups to have their own churches and services in the Kansas City metro. According to the Landmarks Commision of Kansas City, by the turn of the century, the German Catholics worshipped at St. Peter and St. Paul (now St. Peter’s Parish on Meyer Boulevard) and the Belgians at St. Francis Seraph. After the turn of the century, Italians worshipped at Holy Rosary, the Polish at St. Stanislaus and Hispanics at Our Lady of Guadalupe, founded in 1914.

In 1896, Irish immigrants founded Sacred Heart-Guadalupe in midtown Kansas City, Missouri. After the Irish population moved and the Hispanic population grew in the area, it eventually became the largest Hispanic parish in Kansas City.

Father Luis Felipe Suarez, the pastor at Sacred Heart-Guadalupe, said that shift in culture has meant racial animosity and a lack of integration between varied cultures.

“A lot of times, Anglo Americans will observe our traditions and say, ‘That is beautiful,’ but do not want to be involved,” Suarez said.

Despite the residual racism, Suarez said the parish continues to embrace unity as God’s work.

The church celebrates the cultural diversity and inclusion of immigrants who hail from Central and South America. Suarez said these people groups enrich the community with their customs.

“The customs and food from Mexico are different from those in El Salvador. One is spicy, and one is not as spicy,” Suarez said. “Sometimes the language is a little different with their [various] idioms and dialects.”

The parish also integrates its Hispanic congregation with Catholic traditions. On April 28 the parish celebrates the Feast of the Divine Mercy, which honors the vision of a Polish nun, Saint Maria Faustina Kowalska, where Jesus asked her to paint his merciful divinity being poured from his sacred heart. The celebration consists of a festival and Mass that incorporates distinct attributes of the community’s various ethnicities.

Just blocks away from Sacred Heart is the Rime (pronounced “ree-may”) Buddhist Center, one of several Buddhist temples in Kansas City.

Buddhism is the fourth-largest religion in the world and, along with Hinduism and Shintoism, the dominant Eastern religion. Yet for most, it remains foreign and unknown.

Not all Buddhsts are the same. In fact, there are 18 schools of Buddhism, including Rime.

Rime focuses on recognizing the value and benefit of multiple perspectives. One explanatory website  says the literal translation of “rime” is a “non-sectarian or non-biased view.” At the most fundamental level, Rimé is expressed as a feeling of respect based on faith.

Volunteer minister Vicky Reiju Cumberland came to Rime Center as an intellectual exercise to find out more about Eastern faith. However, after attending her first Sunday service, she became invested in Buddhism’s teachings and practices.

“When you practice meditation, you learn to settle your mind,” Cumberland said. “It was extremely eye-opening. It has changed my perspective on everything from the work I did to the relationships I had with people.”

The existence of Rime and other Buddhist temples in Kansas City can be attributed to the changes in immigration laws in the 1960s that allowed Asian populations to come to America. Today, close to 5 million Americans identify as Buddhist, with a quarter being converts from Christianity, Judaism or another Western religion.

That was the case for Lama Chuck Stanford, the founder of Rime Center. A Buddhist convert from Christianity, he told the Kansas City Star in 2014 that he meant for Rime to be “more of a service that Westerners could relate to, elements that would be familiar to people who were used to going to a church or a synagogue or a mosque.”

Navigating the winds of change

Even in the midst of of historical shifts, more change is happening.

Researchers predict that the U.S. will become a “majority minority population” by 2045.

The national struggle over immigration also casts a shadow over the question about diversity. A study at Chapman University found that 38.9% of Americans believe that recent immigrants are more reluctant to assimilate than previous immigrants.

The Rev. Kelly Isola with the Greater Kansas City Interfaith Council believes that assimilation, and the current political battle about immigration, should give people pause. She said assimilation can destroy the unique, vibrant and beautiful cultures that make Kansas City’s community so diverse.

“People are responding to our current administration,” Isola said. “People need to wake up and say, ‘Yeah, this is not OK anymore.’”

The council aims to grow a sustainable, pervasive culture of knowledge, respect, appreciation and trust among people of all faiths and religious traditions in Kansas City’s community.

The organization facilitates opportunities that foster appropriate bilateral and multilateral dialogue and interaction among faiths through interfaith panels and various education resources.

That hope of continued understanding and learning is what Shryrock hopes will go on in Kansas City.

“I think it’s important, and it’s wonderful to be open-minded for you to learn,” she said.

—Samantha Waigand is a student at the Missouri School of Journalism