Above image credit: Host Moltyn Decadence laughs after taking a sip to "cool off" after one performance. (Vicky Diaz-Camacho | Flatland)
Sponsor Message Become a Flatland sponsor

The fight for gay, lesbian, trans, non-binary and queer folks’ equity and recognition in the U.S. has been a long one. Still, Pride festivals — largely happening in June — around the nation punctuate a point in time where communities gather to celebrate together.

Less than 4% of people in Kansas and Missouri are LGBTQ+, according to the most recent Gallup poll data. There are roughly 60,000 LGBTQ+ people who have planted roots in the Kansas City area, a University of California, Los Angeles’ Williams Institute study shows.

The history of the metro has shown waves of movements, such as Womontown — a neighborhood for gay women to live and thrive, as outlined in this Kansas City PBS documentary by Sandy Woodson. Another has been the reemergence of Ballroom culture, led by William Bruton — who goes by Xavier. Another gap Xavier pointed to was being gay and fill-in-the-race: Black, Indigenous, Latinx, and/or Asian.

The intersectional challenges BIPOC folks faced way back when still happen today, but some journalists are trying to correct the record, like this Axios article pointing to Latinx LGBTQ leaders.

“Mobilization is difficult because there are no Black gay clubs. There … is no safe space,” Xavier told Flatland in 2021. “They have no agency focused towards their care.”

A common thread in these stories has been finding or creating safe spaces, places and events where belonging and community didn’t exist before. A closer look at the data reveals a chasm in support, however, the city has made strides in becoming a more inclusive place to work.

“It was a completely different city than the one I left,” Suzanne Wheeler, the executive director of the Mid-America LGBT Chamber of Commerce in Kansas City, told Flatland in 2021.

Nonetheless, LGBTQ+ folks in Kansas City live in states with low “policy tallies,” according to the Movement Advancement Project. These “policy tallies” take into account a range of laws on topics such as relationship and parental recognition, nondiscrimination, religious exemptions, LGBTQ youth, health care, criminal justice, and identity documents. 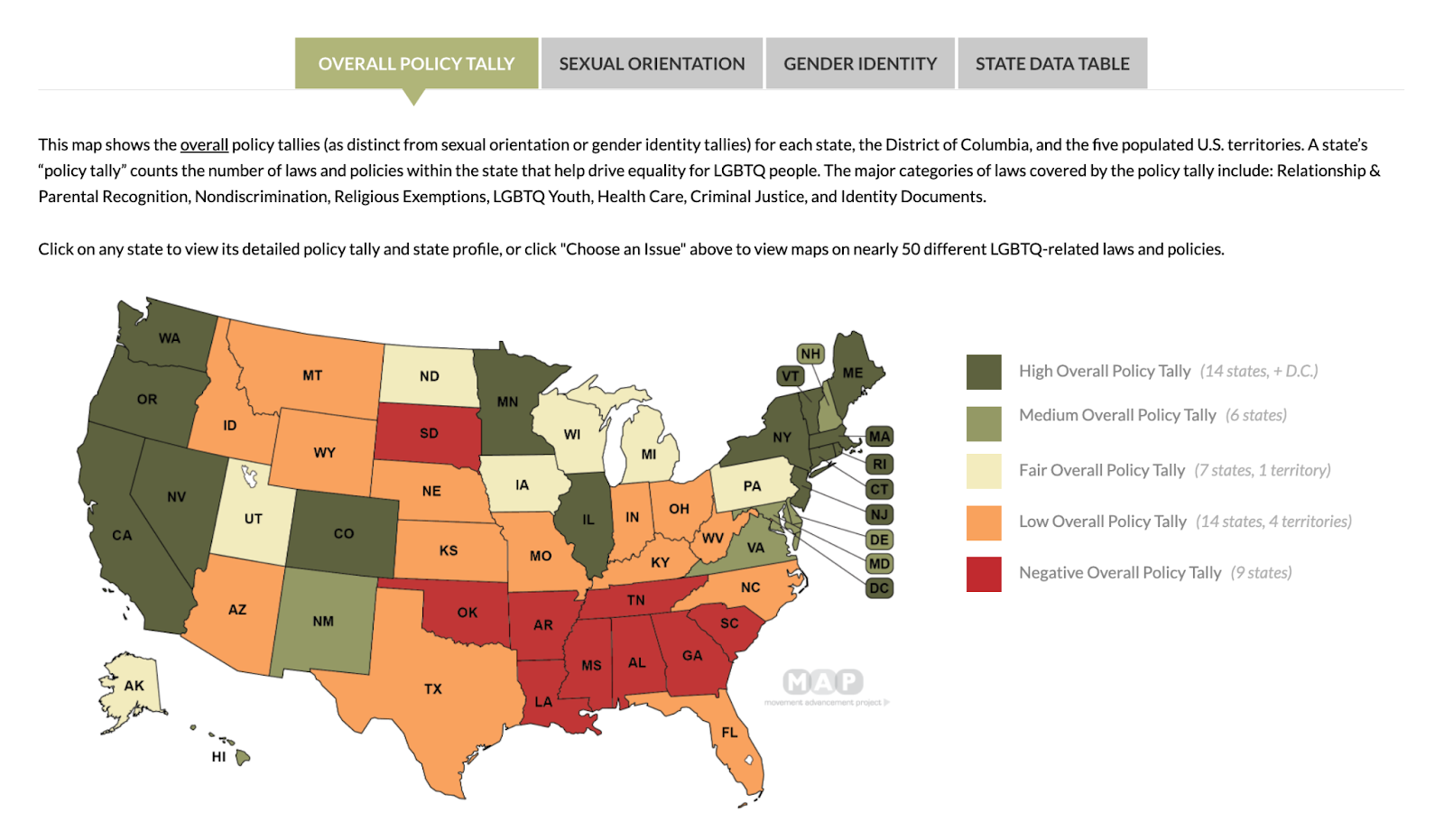 “Forming the KCMO LGBTQ commission is just the next step in creating more spaces for your voices to be given a platform for lasting, meaningful change in this community. We must keep pushing on,” said Councilman Eric Bunch in the release.

Now, we observe those next steps.

We turn to you, Flatland readers, to send our reporters and producers questions to fuel our next month of reporting. Your question could also appear when the episode airs on June 23.