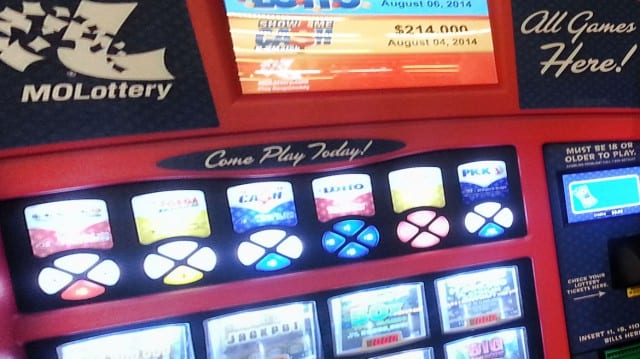 Among the issues Missouri voters will face at the polls Tuesday is a proposed amendment to the Missouri Constitution that has pitted veterans advocates against education supporters. The proposed amendment, Constitutional Amendment 8, would create a veterans lottery ticket by July of next year, the proceeds of which would be deposited in the Veterans Commission Capital Improvement Trust Fund. Rep. Sheila Solon, a Blue Springs Republican, sponsored the legislation to place the question on the ballot. She said she identified a need to increase funding for Missouri’s veterans programs four years ago while working on an appropriations subcommittee dedicated to examining Missouri Veterans Commission funding. In 2012, the General Assembly voted to give one dollar of every casino entrance fee — a two-dollar-per-patron fee the Missouri Gaming Commission charges casinos — to veterans programs. In response, lawmakers cut $19 million in funding for the veterans commission, leaving its budget around the same level at which it had previously been. Missouri has seven veterans homes that have the combined capacity to provide long-term skilled nursing care to 1,350 veterans. Nearly 2,000 veterans are awaiting slots. That figure has been increasing steadily for years, and veterans officials expect the waiting list to continue to grow with demand from World War II and Korean War veterans. Some veterans advocates have hoped that proceeds from a new lottery ticket would finance the  construction of an eighth veterans home. Sponsoring lawmakers don’t expect the lottery ticket to generate any more than $6 million annually. Building a new home would cost $50 million. Commission spokesman Daniel…...