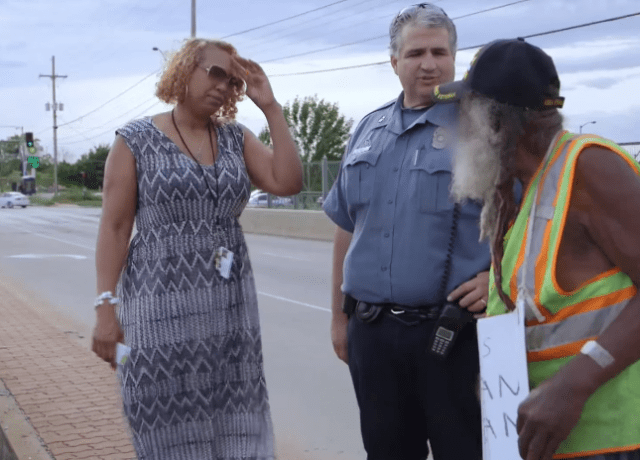 The state of Kansas City's mental health care services is dire, according to a forthcoming new documentary. Journalist and documentary filmmaker Michael Price's Lost Minds: KC's Mental Health Crisis focuses on the growing number of fraught confrontations between severely mentally ill people and police on Kansas City's streets. The locally produced documentary airs Wednesday, Oct. 1, at 8 p.m. on KCPT. Currently, there are five professional mental health liaisons in Kansas City, Mo., who ride along with KCPD officers once a month to visit with mentally ill Kansas Citians  — residents who could pose a danger to themselves and others. In an interview with Up to Date's Steve Kraske, Price said the liaisons are currently dealing with nearly three times the number of cases they would ordinarily oversee. And that means they aren't getting enough time to help sick individuals who need their attention most. "They're being asked to swim against a tsunami," Price said. "In the 10 months up to last July, KCPD Crisis Intervention Team (CIT) officers and liaisons dealt with nearly 60 incidents where a mentally ill person was in crisis and armed with a weapon." Though liaisons are overwhelmed, KCPD officers have been receiving CIT training to learn how to de-escalate confrontations with mentally ill individuals. "Rather than rolling out of their cop cars with guns pulled, CIT trained officers try to talk people down," Price said. "Unfortunately, only 15 percent of law enforcement agencies in the U.S. offer this kind of training." One of the biggest obstacles to improving mental health care both statewide and in Kansas City is…...